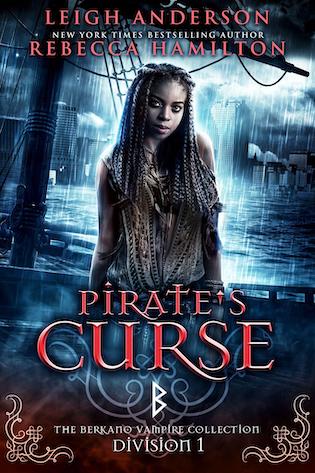 
Once upon a time, a vampire and a witch fell in love, and that love fractured the world. Now divided into sixteen isolated Divisions, the world is an unstable and dangerous place.
In the Division of NOLA, Catheryn Beauregard fears her burgeoning magical powers. Hiding as just another slave in the home of the Hoodoo Queen, Catheryn hopes her simplistic powers will simply go unnoticed. And her plan seems to be working…until the Hoodoo House is attacked by a ruthless band of vampire pirates.
Captain Rainier Dulocke and his crew need humans to feed on. In an act of desperation, they beset the Hoodoo House and take ten slaves to sustain them. Rainier takes a girl named Catheryn for himself, but her blood is giving him terrible side effects. Still, he refuses to give her up. Even when the Hoodoo Queen demands her return.
The NOLA Division is in danger. The waters are rising. Food is running out. And the Hoodoo Queen is about to destroy everything that’s left if the pirates don’t meet her request. Now Catheryn must choose who will die: the humans who sold her, the witches who bought her, or the vampires who stole her. If she fails to decide, everyone could die.
PIRATE’S CURSE is a standalone contribution to The Berkano Vampire collection. Stories can be read in any order. To learn more, visit FallenSorcery.com

Goodreads / Amazon
—
EXCERPT:
Don’t breathe, Catheryn thought. If you breathe, you’re dead.
From her place in the closet, she could see the flicker of torchlight as the pirates ran back and forth through the house. The vampire pirates. The most dangerous creatures she knew of. They needed human blood to live. Her blood. The blood of her fellow slaves.
But what were they doing here? In the Hoodoo House? She was supposed to be safe here. The Hoodoo Queen was a powerful woman. Surely she could fight them off. All Catheryn had to do was be quiet. Be still. Don’t breathe.
Catheryn clenched and flexed her fingers. There were no weapons in the closet. If someone found her, she would have no way to defend herself. She looked at her hands and willed them to do…something. Anything.
This closet was her safe place. A small nook under the stairs she often visited when she wanted to be alone, to collect her thoughts. To practice her budding magic. She had already been hiding in the closet before the pirates arrived. Though this time, she hadn’t been planning on coming out.
Because this time, she hadn’t hidden away to work on her magic.
She’d hidden because she’d screwed up. 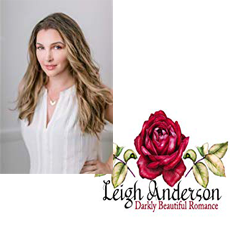 Author links:
Website / Goodreads / Facebook / Twitter / Instagram
--
LEIGH ANDERSON loves all things Gothic and paranormal. Her master's thesis was on vampire imagery in Gothic novels and she met her husband while assuming the role of a vampire online. She currently teaches writing at several universities and has a rather impressive collection of tiny hats. She lives in a small town in the mountains with her husband, human child, and two fur-children. She is currently working on too many writing projects, and yet not enough.