Miranda
I like to think of myself as cool, practical and flippant, never giving myself away. After all, I am a leading realtor in town and like to keep things pleasant and strictly business. Keep everybody happy but at arm’s length so that I don’t get bogged down. Too many relationships that didn’t work out; too many client’s from out of town who wanted to hang on and become friends. There is Harry, of course, but we have a kind of pact. In case I do find myself unwittingly caught up in some caper after letting my guard down, he’s so cool and objective, he can help out as a kind of armchair detective given his reporter background. As long as he doesn’t have to stick his neck out, that is.

However, my long lost cousin Skip just dropped in out of the blue. I don’t know what kind of trouble he’s in, something about a stray orange tabby that he’s fond of that was pilfered from him; a fix he got in while on the air at a major radio station in the Big Apple making fun of right-wing politics on his show and now he’s on the lam—way too much for me to take in on this beautiful, bright spring day in the Blue Ridge at the tailgate market.

But still and all, he is my cousin. And back when we were kids in a small town in Indiana—actually he was a couple of years older, but still and all. I mean I guess I was a tomboy back then. And when I was down in the dumps because I didn’t get along with all the girlie girls my age, he came by and we had the greatest time on pretend adventures. Sneaking up on the big Halloween do at the mansion on the hill dressed like combat soldiers on reconnaissance. He took care of me, you know? Looked out for me and now he needs something.

Whoa, I better stop right there. Starting to get kinda choked up and don’t know how in the world I’m going to handle this.

About Miranda and the D-Day Caper 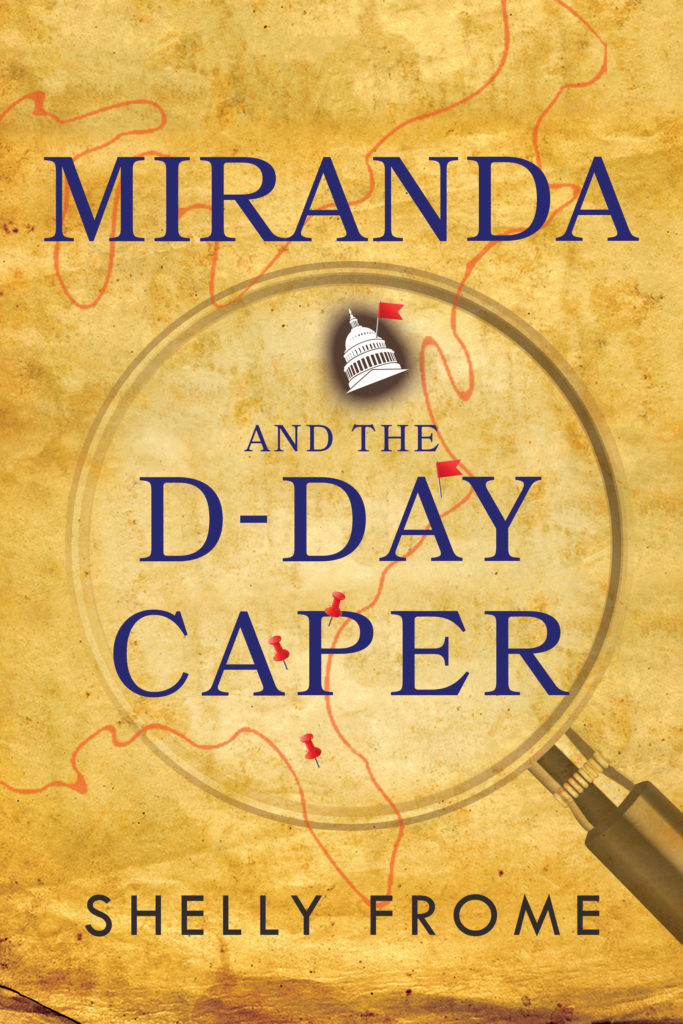 Miranda and the D-Day Caper

A modern day mystery with WWII tactics, old-time heroes and values, and the efforts of two amateur cousin sleuths from the Heartland.
On a sparkling spring morning in the Blue Ridge, small-town realtor Miranda Davis approached the tailgate market, intent on dealing with her whimsical cousin Skip’s unexpected arrival from New York. It turns out that Skip was on the run and, in his panic, grabbed his beloved tabby Duffy, recalling that Miranda had a recent part in solving a case down in Carolina. His predicament stemmed from intercepting code messages like “Countdown to D-Day,” playfully broadcasting the messages on his radio show over the nation-wide network, and subsequently forced to flee.
At first, Miranda tried to limit her old childhood companion’s conundrum to the sudden abduction of Duffy the cat. But the forces that be were hell-bent on keeping Skip under wraps by any means after he now stumbled close to the site of their master plan. Miranda’s subsequent efforts to decipher the conspiracy and somehow intervene placed both herself and her old playmate on a collision course with a white-nationalist perpetrator and the continuing machinations of the right-wing enterprise, with the lives of all those gathered for a diversity celebration in nearby Asheville and a crucial senatorial vote on homeland security hanging in the balance. 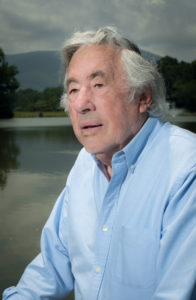 Shelly Frome is a member of Mystery Writers of America, a professor of dramatic arts emeritus at the University of Connecticut, a former professional actor, a writer of crime novels and books on theater and film. He is also a features writer for Gannett Media’s Black Mountain News. His fiction includes Sun Dance for Andy Horn, Lilac Moon, Twilight of the Drifter, Tinseltown Riff, Murder Run, Moon Games and The Secluded Village Murders. Among his works of non-fiction are The Actors Studio and texts on the art and craft of screenwriting and writing for the stage. Miranda and the D-Day Caper is his latest foray into the world of crime and the amateur sleuth. He lives in Black Mountain, North Carolina.