Cover Reveal for Murder in the Chowdhury Palace by Sharmishtha Shenoy


~ Cover Reveal ~
Murder in the Chowdhury Palace
by Sharmishtha Shenoy 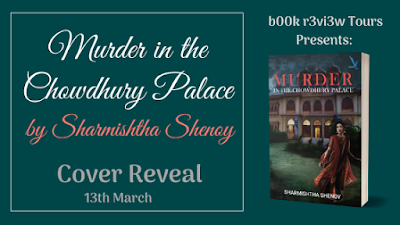 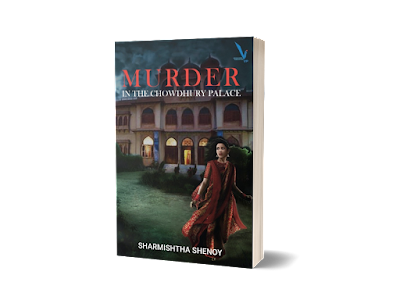 
What if someone you loved... was murdered? How far would you go to bring a killer to justice?


Orphaned in her childhood, Durga has always longed for wealth, security and, above all, a sense of belonging. She finds it all when she marries Debnarayan Chowdhury, heir to an immense, multi-crore estate. But the Chowdhury family has been under a curse that dates back to the British era. The first-born of each generation dies young, purportedly killed by the spirit of Kadambari, a young woman murdered by the notorious Shankar Dakat, the founder of the Chowdhury family and their Zamindari. When her father-in-law Birendranath dies unexpectedly, Durga and Debnarayan come down to the ancestral home in Kakdihi, a small village near Kolkata. The moment Durga enters her new palatial home, she crosses a threshold of terror. She loses her husband within a month of her marriage and finds herself a widow in a house full of strangers. Are Debnarayan’s and Birendranath’s deaths accidental? Everyone in her new family and the neighborhood appear to be friendly. Most of them have a motive to kill her. A well-meaning neighbor tells her, ‘Run from this place. You have no friends here.’ Is she, the current owner of the estate, now on the murderer’s radar?

Read an Excerpt from Murder in the Chowdhury Palace

The trees were denser beyond the pond on the northern side, and the area was unkempt and full of thorny bushes and nettles.  Debu remarked, ‘Not many people venture into the northern part of the woods from this point because the haunted house is less than a mile from here. So this part of the estate is in a rather wild state.’
‘Yes, I can see that nature has completely taken over this part. But still, let’s go there.’ I said excitedly.
‘Some other day…,’ Debu murmured. His face was slightly pale.
‘Debu! You really seem to believe in these ghosts and all that nonsense…,’ I said rather incredulously.
‘No… no… of course not!’ Debu exclaimed.
‘Then prove it! Let’s go and visit the house.’
‘Look… it won’t be very safe. The walls are crumbling, and I am sure that bats have made their home there.’
‘Please, Debu, let’s go, I have never seen a haunted house,’ I said, cajolingly. I gripped his hand and almost dragged him towards the house.
We came upon the abandoned temple first. The plaster was coming off the walls, and the aerial roots of a huge banyan tree had encroached upon the temple and gone in through the walls causing rainwater to leak into the walls and damage them further. The house was located a further quarter kilometer away.
There was a strange, sinister silence all around. Even the birds did not twitter in this part of the woods. The house with its closed shutters and peeling walls was a one-storey medium-sized building. It was dark and uninviting, steeped in shadow due to the jungle of trees that had flourished around it. Darkness echoed and folded upon itself. I walked resolutely to the main door, only to find it locked.
‘Where is the key to this door?’
‘I don’t think anybody has it.’
I was in a naughty mood. ‘Then let’s break it open. I really want to see what’s inside.’
In spite of Debu’s protests, I picked up a heavy rock and hit the rusty lock with it. The lock broke easily.
We stepped inside a large hall. It was full of cobwebs and broken dilapidated furniture. Suddenly, a bat swept past my face. I let out a startled cry and drew back. I would have fallen to the ground had Debu not caught me.
‘Let’s get out of here. You shouldn’t be so adventurous in your present condition. The baby might get hurt,’ he said in a quavering voice.
‘Oh come on... please Debu…let’s explore a bit more.’
I went further in and switched on the torch of my mobile to see better. At the center of the hall, were the remains of a havan done a long time back. The bricks used for the havan were blackened, charred and crumbling with spiders spinning their webs over the layers of dust. There was a portrait of Shankar Dakat and another of a woman on a wooden platform near which the havan had been performed.
‘This is, of course, Shankar Dakat’s portrait. And this must be Kadambari…,’ I said. ‘Who painted this?’ The painting of Kadambari mesmerized me. She was little more than a young girl in a green sari, worn without a blouse in the traditional fashion. Her big eyes were strangely life-like and sad and her long, thick, curly hair cascaded down her bare shoulders like a cloud.
‘I don’t know who painted this, nor do I care. Let’s go, Durga. I feel really uncomfortable here.’ Debu said a little impatiently. I started coughing because of the dirt. ‘Durga, you know you are allergic to dust. Come away now. I don’t want our baby to get hurt.’ He clutched my hand in a death grip, and almost dragged me out of the house.
The fear in his voice was contagious. Also, to be honest, the life-like painting had spooked me. We hurried back towards the pond. As we almost ran back and neared our home, there was a shout from the ground-floor east-wing balcony. It was Kanak. She shouted, ‘Who goes there?’ 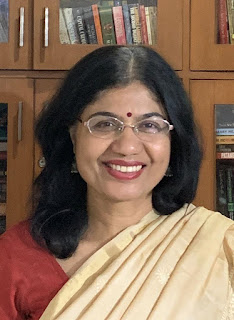 Sharmishtha Shenoy is the author of the Vikram Rana Mystery series. The books under the series are “Vikram Rana Investigates,” “A Season for Dying,” “Behind the Scenes” and “Fatal Fallout”. She has also published a book of short stories, “Quirky Tales.”
Her short stories have been published in efiction magazine and Woman’s era. She loves writing murder mysteries, the kind of books that she likes to read. Her favorite authors are Sir Arthur Conan Doyle and Agatha Christie. She also likes the work of Satyajit Ray – especially the Feluda Series.
Before starting to write, she had been an IT professional and had worked in TCS, Satyam, Infosys, and Microsoft.
She is a big foodie and enjoys Biriyani (both Hyderabadi and Awadhi versions) and rasgullas like most Bengalis. She is also a lusty singer of the bathroom singing variety.
Though she is happily married to Mr. Shenoy in real life, in her fantasy world she is wedded to her creation Vikram Rana.  You can get to her blog by typing the word “Sharmishtha Rana” into Google. No, seriously, try it.
She was born in Calcutta. She is an M Tech from the University of Reading, Great Britain and had received a 100% British Government Scholarship to study there. She lives in Hyderabad.

Sharmishtha on the Web: