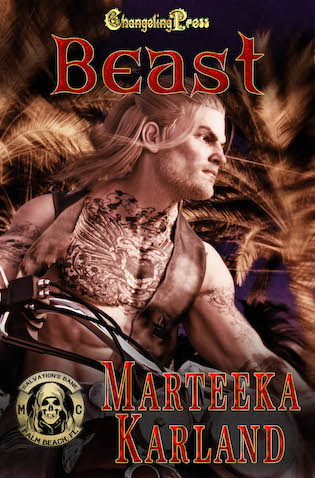 
Romance author by night, emergency room tech/clerk by day, Marteeka Karland works really hard to drive everyone in her life completely and totally nuts. She has been creating stories from her warped imagination since she was in the third grade. Her love of writing blossomed throughout her teenage years until it developed into the totally unorthodox and irreverent style her English teachers tried so hard to rid her of. Now, she breathes life into faeries, space hunters, werewolves, vampires, shapeshifters, and a few just plane ole ordinary people. She loves to see the awkward, self-conscious band geek get the captain of the football team and make him beg for it.