Book Blitz & Giveaway for The Monsters Within by Kody Boye 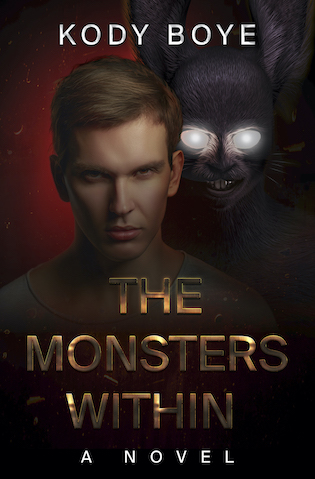 
Not all monsters can be seen.
When Dean McAllen wins a writing fellowship that offers him the chance to escape his abusive homelife, he boards the first plane out of Utah and prepares for a life free of dysfunction.
Not long after arriving in the small town halfway across the country, he meets Brad Michelson. Kind, sweet, and caring, the fellow artist is everything Dean could ever want in a man. He’s also Dean’s first true shot at love.

But what Dean doesn’t know is that Brad harbors a darkness inside of him—and though Brad has struggled to hold it back his entire life, Dean will soon find that the monsters that dwell within Brad’s conscience are real, and out to destroy them both. 
Though he was born and raised in Southeastern Idaho, Kody Boye has lived in the state of Texas since 2010. His first short story, [A] Prom Queen's Revenge, was published at the age of fourteen. He has since gone on to publish numerous works of fiction, including the young-adult novels When They Came, The Beautiful Ones, The Midnight Spell and ALT CONTROL ENTER, as well as fiction for adults. He currently lives and writes in the Rio Grande Valley of South Texas.