Book Blitz & Giveaway for The Redpoint Crux by Morgan Shamy 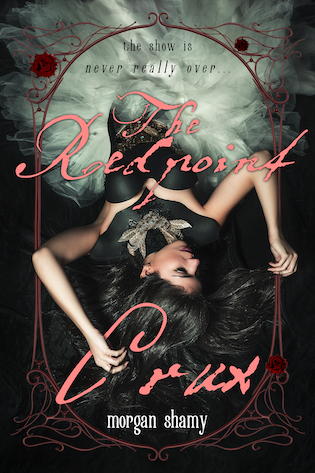 
“Dark and achingly beautiful, The Redpoint Crux will break your heart then make you whole again. Shamy is a true storyteller with a gift for weaving wounded characters with twisting plots and a gorgeous, haunting world.” —Evelyn Skye, New York Times bestselling author of The Crown’s Game
“An addictive mystery woven into a tapestry of lush theatre and ballet lore.” —Wendy Higgins, New York Times Bestselling Author
Fans of The Phantom of the Opera and Black Swan will enjoy this thrilling debut.
When Megan Van Helsburg gets kicked off the U.S.A. Climbing Team, she has no choice but to return home and leave her climbing career behind. With no coach, no money, and no prospects, she joins the corps de ballet determined to improve her strength and agility. But the ballet theater is in dire straits. Not only do a series of murders break loose, but the ballerinas are becoming deathly thin and brain-dead. As Megan investigates, she meets Bellamy, a tortured young man who lives beneath the depths of the theater. Megan falls hard and fast for Bellamy, who becomes her mentor, but something is off about him.
It isn’t until the company announces they’re doing Giselle for the fall performance that Megan realizes the parallels between the ghost story and the lives around her. Megan must find a way to not only save her climbing career, but balance her feelings for Bellamy, and stop the murders and dying girls before she, too, is numbered among the dead.

Goodreads / Amazon / Barnes & Noble / iBooks / Kobo / Google Play
—
EXCERPT:
Dying wasn’t on Red’s to-do list that day.
At least, not at the top of her list.
If she had been asked if she wanted to die the week before, it might’ve been a different story. Of course, then she had just been pulled from a competition due to an “incident” and banned from the U.S.A. Climbing Team for the next six months. “Breathe and get some perspective,” Coach had said.
It was the only competition in which she hadn’t taken first place in the last five years.
It had been the end of her world.
Until now.
Red stared up at the towering pines and tried to ignore the piece of rock protruding from her chest. She should have been panicking. It would have been the appropriate reaction to falling off a cliff and landing on a series of sharp pieces of granite, but she was strangely calm. She didn’t feel any pain. Probably because it was a mortal wound—it was the deadly ones you didn’t feel.
She shouldn’t have been out there climbing alone. Coach had strictly forbidden it when she left their motel room that morning. It wasn’t like he was her dad telling her what to do, he was just looking out for her. He was four years her senior and they had been dating for the past year. It was convenient since they were on the road together twenty-four seven. A coach with benefits.
Red hiccupped, swallowing a hysterical laugh.
If she had her phone, she would send the climbing world one last message. It’d definitely make national news. Seventeen-year-old world-class climber, Megan “Red” Tucker dies alone in a freak accident. Reports say that she reached out to her fans just before death advising them to never climb alone and to always be prepared. She could hear the talk now:
At least she died doing what she loved.
She wouldn’t have wanted it any other way.
A year before nationals. What a shame.
Red shook the thoughts away. Maybe the wound wasn’t that bad. Maybe the rock hadn’t hit any major organs. She squinted down at the jagged entity sticking up through her purple tank top, the blood around it blending into the deep hue.
Okay, maybe she was panicking. 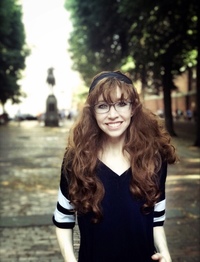 
Morgan Shamy is an ex-ballerina turned YA writer. She is represented by Kelly Peterson of Rees Literary Agency.
Morgan has been immersed in the arts since the young age of 4, where she trained under the tutelage of Julie and Stacey Orlob. She performed various roles alongside a professional ballet company for over seven years, and has danced on prestigious stages like soloing at Carnegie Hall in New York City.

She has taught hundreds of girls in her fifteen years of teaching, where some of her students have received full-ride scholarships to schools like School of American Ballet, the Harid Conservatory, Kirov Academy of Ballet, and Pacific Northwest Ballet, to name a few.

Morgan discovered writing when her three-year-old son was diagnosed with cancer. It was through that experience which instilled the need to share art and magic with children through words on the page.

Morgan is also an accomplished concert pianist. She was the first girl in Utah to receive the 75 pt. Gold Cup in the Utah Federation of Music in piano solo/concerto competition. Morgan currently lives with her X-Games gold-medalist husband and four children in the cold mountains of Alaska.