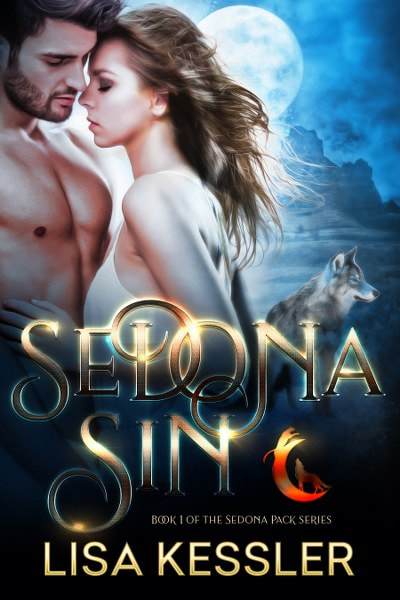 2020 Book Buyers Best Winner - Best Paranormal Romance
A new Alpha will rise...
Asher Mateo's future was stolen the night the Sedona Pack Alpha marked him to be bitten. Drafted into the werewolf Pack, Asher was forced to become a man he hardly recognized. After heading up a rebellion to overthrow their Alpha, Asher can't wash the sins from his hands and yearns for a fresh start. But he can't bring himself to leave Naomi and her twin boys. Without a strong Alpha to lead the Pack, all their lives are at risk from a new threat who will stop at nothing to expose shifters to the world as blood thirsty killers.
Naomi Rossi used to be a graphic designer with a black belt in karate and deadly aim with ninja stars, but under a full moon a wolf bite left her changed forever. Now she's a single mom to her twin boys, and doing her best to help her friend Asher see himself the way she does, as a leader. But a passing touch, threatens all of her plans as her wolf recognizes this man is destined to be much more than a friend...
**Only .99 cents!!**
Add to Goodreads
Amazon * Apple * B&N * Kobo 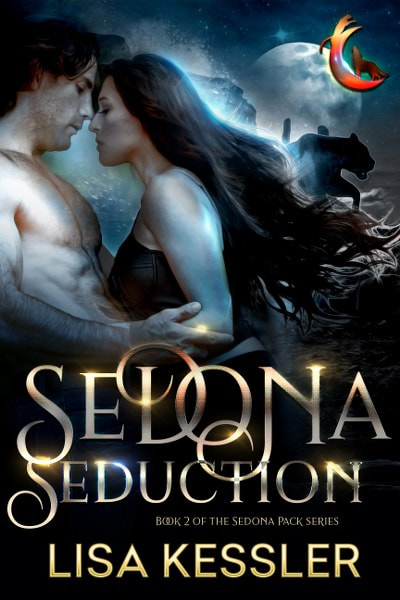 Reviewers Choice for Best Series 2019 - Paranormal Romance Guild
Jaguar shifter, Vance Park used to be one of the Nero Organization's top assassins, but today he calls the Sedona Pack his family, and Sedona, Arizona, his home. He's no longer a hired gun, but a new senate candidate with insider secrets into Nero's shifter experiments, may change all that. Campaign promises could put targets on the backs of all the people Vance cares about, especially Kaya. He may have one last job after all.
Kaya Blackwing has always been a loner, but through a twist of fate, she's finally found her Pack, and a place to belong. When she discovers her one true mate is a man with a deathwish, and more secrets than she can count, she struggles to redirect her wolf's primal instincts, but one kiss from Vance seduces her to dream of a future together, and she won't give it up without a fight.
~~~~~~~~~~~~~~
The Sedona Pack Each novel can be read as a stand alone, but you may enjoy reading the series in order as well.
At the end of the Moon Series, the Sedona Pack is freed from their tyrannical Alpha, but they're left without a leader. With bitten wolves, skin walkers, and former Nero operatives, this Pack will navigate uncharted waters against a government that may no longer hide their secret.
Add to Goodreads
Amazon * Apple * B&N * Kobo 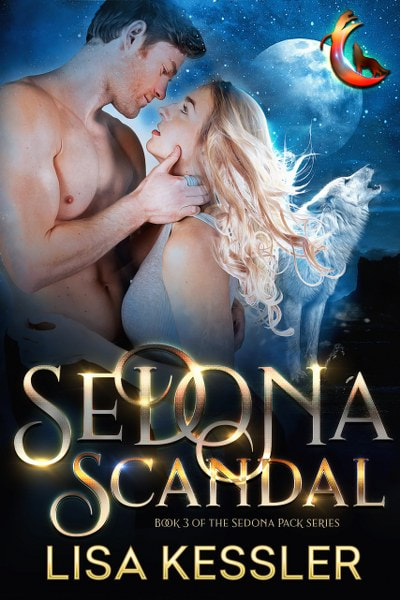 Chandler Williams keeps his personal life very separated from his public life as a news anchor, but the new story he's chasing seems to lead him on a collision course with not only exposing himself as a jaguar shifter, but potentially his entire Pack. He should drop it, but after meeting with the woman with haunting gray eyes he can't turn back.
Wendy Cain still has nightmares of the night she was bitten by a werewolf and changed forever, and she's determined to find a cure even if it means becoming a lab rat for the government. When she brings her story to her favorite investigative news anchor, one touch turns her world upside down. Her wolf recognizes her mate. But loving him could be the end for both of them.
Add to Goodreads
Amazon * Apple * B&N * Kobo 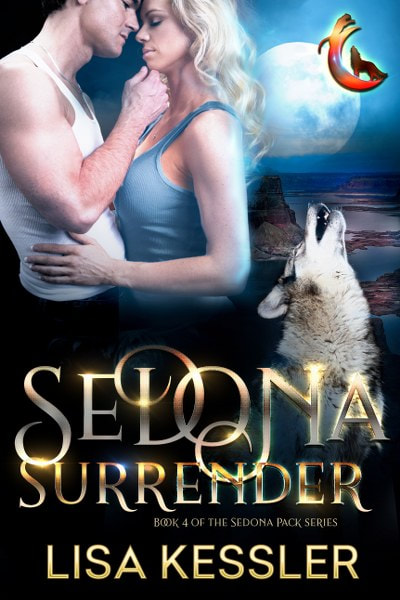 Cole Vega never expected to find his mate. He didn’t figure he deserved one anyway. But during a ranch call to assist a mare with a difficult delivery, he meets the newest employee at the farm. She also happens to be the sister of one of his packmates, and she’s off-limits.
Madison Williams moved to Sedona to be closer to her brother. Taking a marketing position at a large cattle ranch in Sedona, she expects she’ll have plenty of time to spend with her brother and his fiance, but nothing is as it seems, and everyone in town has secrets including her new employer, Deidra Harlow. When she bumps into the sexy veterinarian, sparks fly, but there’s something he’s not telling her.
One touch makes keeping his distance from her impossible, but one mate for life means putting Madison’s needs above his own. He can’t tell her he’s a werewolf, or that her brother was bitten and now shifts into a jaguar, and if she discovers she’s working at a ranch owned by a top secret defense contractor her life will be in danger. Surrendering to his feelings is not an option...
Add to Goodreads
Amazon * Apple * B&N * Kobo 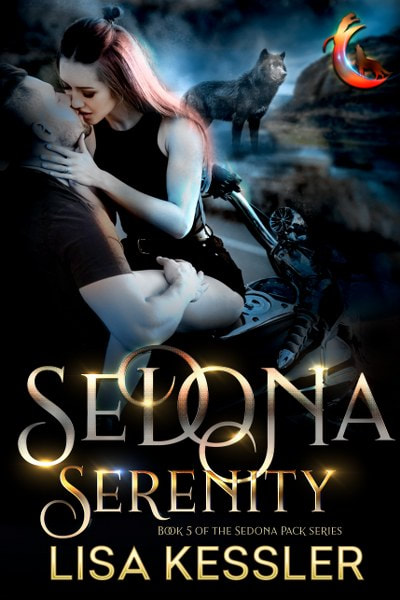 Two lost souls, lost no more...
Ryker Lawson has had a string of bad luck over the years. After a disaster at work, he mounted his Harley and rode into the sunset, only to be attacked and bitten by a werewolf. Burying the past, he’s focused on the future as a member of the Sedona Pack and working as the bartender of their Wolf Pack Bar.
Serenity Harlow is in the battle for her sanity and her life. After her mother’s torturous attempts to “cure” her powerful psychic abilities, she’s lost in the maze of her own mind. Ryker’s voice calls to her, luring her back to her physical body, but if she can’t control the power growing inside of her, she could lead to his destruction.
One touch and fate sets them on a collision course with tragedy, but Ryker isn’t afraid of a fight. In fact, he’s betting his life that his luck is finally about to change...
Add to Goodreads
Amazon * Apple * B&N * Kobo 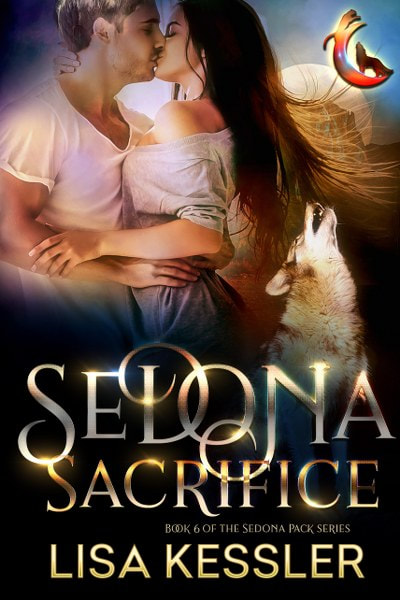 For Gage Woods, being a single dad means making sacrifices, and being a werewolf on top of it all makes secrets a must. As his pack brothers find their true mates, he yearns for his own, but dating is almost as perilous as fighting the rogue jaguar shifters who attack his pack. The moment he decides to give up and focus on his boys, fate steps in, but what if Becca is actually working with the enemy?
Becca Yates has always been a loner, and never more alone than today. When her uncle calls her with a dire warning about her boss and only real friend, her world is upended. She’s not sure who she can trust anymore, but if she doesn’t figure it out soon, it could cost her life.
With his special forces background Gage is ready to help Becca fight for the truth. The question is, will it set them free, or put them on a collision course with a disaster that even love can’t survive.
Add to Goodreads
Amazon * Apple * B&N * Kobo 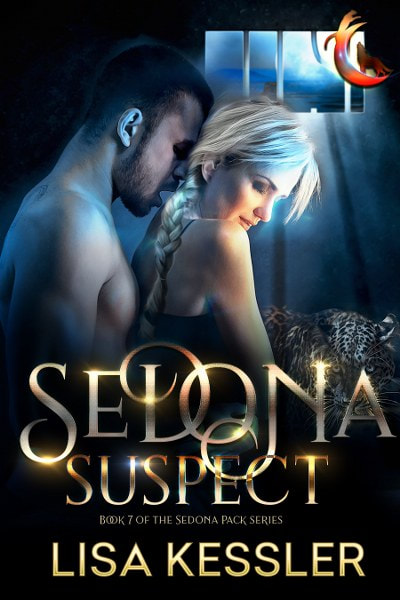 Natasha Sokolov is a survivor, but this new cage she finds herself in could be the end of her colorful career as a jaguar shifting assassin. After she starts tailing a state Supreme Court justice, she finds herself locked up on bogus charges, and with the new moon approaching, her choices are grim. End her life now, or expose shifters as a reality to the entire world.
Dex Stewart is a sought after contractor in Sedona with a reputation for his craftsmanship, but it’s his demolitions abilities that his Alpha is depending on now. When the pack gets word that a shifter is being held in the Arizona lock up, Dex discovers the prisoner he’s risking everything to free, is also an enemy of the pack.
Helping her escape is only the beginning of his problems. The moment Dex touches her his loyalties are torn. This suspect is also his mate, but love might come at too high a price for him to bear...
Add to Goodreads
Amazon * Apple * B&N * Kobo

Lisa Kessler is a Best Selling author of dark paranormal fiction. She's a two-time San Diego Book Award winner for Best Published Fantasy-Sci-fi-Horror and Best Published Romance. Her books have also won the PRISM award, the Award of Excellence, the National Excellence in Romantic Fiction Award, the Award of Merit from the Holt Medallion, and an International Digital Award for Best Paranormal.
Her short stories have been published in print anthologies and magazines, and her vampire story, Immortal Beloved, was a finalist for a Bram Stoker award.
When she's not writing, Lisa is a professional vocalist, and has performed with San Diego Opera as well as other musical theater companies in San Diego.
Website * Facebook * Twitter * Instagram * Bookbub * Amazon * Goodreads