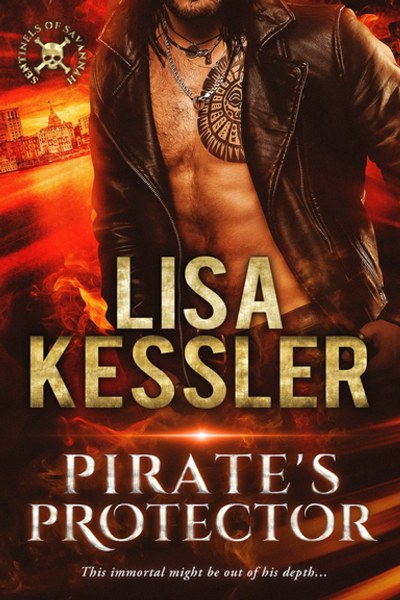 After two centuries as an immortal pirate, Duke Proctor figures he’s experienced pretty much everything. Which is exactly when he finds himself held at gunpoint…by a mermaid. But the exquisitely lush blonde—whose eyes are deeper than the sea—is here for a reason. Someone has stolen from her and she’s certain Duke is behind it.

Annika Mare knows for a fact that the Sea Dog’s crew has her comb. In the wrong hands, it places Annika under the control of whoever wields it. But the comb has been taken—and working with this unbelievably sexy human pirate to recover it poses an entirely different kind of threat.

Now these two immortals must find the thief, and fast. But there are other forces at work, bigger than Duke or Annika could possibly know. And a powerful artifact in the hands of evil isn’t nearly as dangerous as the sizzlingly-hot attraction that could engulf them both…

Lisa Kessler is a Best Selling author of dark paranormal fiction. She's a two-time San Diego Book Award winner for Best Published Fantasy-Sci-fi-Horror and Best Published Romance. Her books have also won the PRISM award, the Award of Excellence, the National Excellence in Romantic Fiction Award, the Award of Merit from the Holt Medallion, and an International Digital Award for Best Paranormal.

Her short stories have been published in print anthologies and magazines, and her vampire story, Immortal Beloved, was a finalist for a Bram Stoker award.

When she's not writing, Lisa is a professional vocalist, and has performed with San Diego Opera as well as other musical theater companies in San Diego.