Blog Tour, Review, & Giveaway for A Hint of Mischief by Daryl Wood Gerber

A Hint of Mischief

About A Hint of Mischief 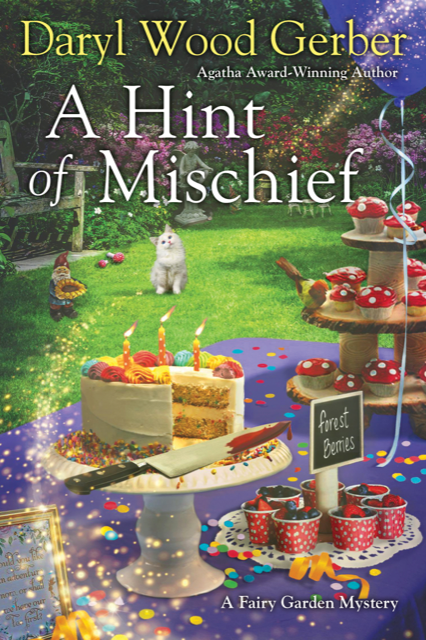 A Hint of Mischief (A Fairy Garden Mystery)

The proprietor of a fairy garden and tea shop in Carmel-by-the-Sea, Courtney Kelly has an occasional side gig as a sleuth—with a sprinkling of magical assistance. . . .

Courtney has thrown a few fairy garden parties—for kids. But if a local socialite is willing to dip into her trust fund for an old sorority sister’s fortieth birthday bash, Courtney will be there with bells on. To make the job even more appealing, a famous actress, Farrah Lawson, is flying in for the occasion, and there’s nothing like a celebrity cameo to raise a business’s profile.

Now Courtney has less than two weeks to paint a mural, hang up tinkling windchimes, plan party games, and conjure up all the details. While she works her magic, the hostess and her girlfriends head off for an indulgent spa day—which leads to a fateful facial for Farrah, followed by her mysterious death. Could the kindhearted eyebrow waxer who Farrah berated in public really be the killer, as the police suspect? Courtney thinks otherwise, and with the help of her imaginative sleuth fairy, sets out to dig up the truth behind this puzzling murder . . .

REVIEW
This had quickly become a favorite series for me. Courtney is wonderful to follow along. She could easily be a BFF and that is before you add the fairy gardens as well as the fairies themselves. This time she is hired to put together a party for a socialites fortieth birthday. Add in a famous person and things get interesting. When she turns up dead Courtney has to look into things. Add in her magical fairy network to really make things good. I was hooked from page one and unable to stop until I hit the very end. I can not wait to see what happens next time. A truly magical must read for cozy fans. I totally loved it so I give it 5/5 stars. 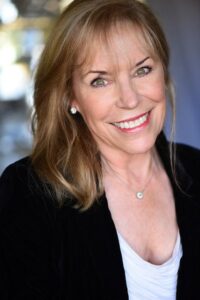 Agatha Award-winning author Daryl Wood Gerber is best known for her nationally bestselling Fairy Garden Mysteries, Cookbook Nook Mysteries, and French Bistro Mysteries. As Avery Aames, she penned the popular Cheese Shop Mysteries. In addition, Daryl writes the Aspen Adams Novels of Suspense as well as stand-alone suspense. Daryl loves to cook, fairy garden, and read. She has a frisky Goldendoodle who keeps her in line. And she has been known to jump out of a perfectly good airplane and hitch-hike around Ireland alone. You can learn more on her website: httsp://darylwoodgerber.com