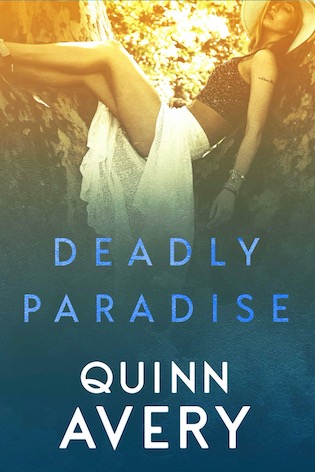 As a child, Nova witnessed the murder of her parents. She is whisked away in the middle of the night to start a new life, however Nova can’t stop questioning the circumstances surrounding her parents’ deaths.

As a teenager, Nova lives a lonely and sheltered existence until fate delivers a handsome Greek boy into her world. Although forbidden to speak to him, the teens navigate through first love until she discovers he’s guarding a secret that unravels everything between them.

As a woman, Nova finally goes after the answers that have plagued her entire life. Answers that involve her first love, throwing them both in danger when he returns to save her life. Can she risk the dark secrets of their tangled past to collide with what could become a deadly present?

Nova was sixteen when Katerina Makris and her son, Nikos, came to work at the winery. The moment Nova first laid eyes on the mysterious boy with fierce eyebrows and a sharp jaw, her first crush manifested. From her secret perch behind the kitchen door, her knees literally shook as if the world was moving beneath her.

She watched intently as Katerina and Nova’s uncle carried on a conversation in Greek. Nova remembered very little of the language since her father’s death, but her uncle was able to converse with Katerina at a comfortable level. Nova hadn’t known he was fluent in her father’s native language. She was even more surprised the way her uncle treated Katerina like an old friend.

Both mother and son were striking, with eyes so dark they swallowed their pupils, olive-toned skin, stick-straight noses, and luxurious raven hair. Katerina’s loose waves bounced around her shoulders when she walked. Nikos wore his hair neatly trimmed around the sides, and longer on top. He was attractive in a way that made her belly swell. She held her breath, waiting for Nikos to speak. She was very interested in anything and everything the tall, handsome young man had to say.

Later that afternoon, while Katerina was trained in the kitchen and Nikos cleaned tables, Nova perched on the walnut bar top where soon customers would occupy stools across from the small oak and steel barrels containing the award-winning varieties of wine. She studied Nikos from afar as he worked, appreciating his Led Zeppelin t-shirt and dark classic jeans paired with old-school skater sneakers. Although lanky, he moved with the confident swagger of a grown man, and the muscles in his arms flexed impressively as he scrubbed each table. She’d only seen him smile once, but the flash of his bright white teeth as straight as piano keys revealed behind his generously rosy lips was enough to make her heart swell and her stomach tingle with excitement.

She was grateful she’d finally have someone around who was close to her age. Even better, she had a chance to talk to him without anyone else listening in. Her aunt was tending to the grapes that were nearing harvest, and her uncle was helping London perfect the pattern required for her next belt in Tae Kwon Do. The chef and other wait staff weren’t scheduled to come in for another hour, and the only other employee on the clock was in the kitchen with Katerina.

When she thought about approaching Nikos, nerves bubbled through her like a sparkling wine. Most of what she knew about flirting came from years of watching her aunt and uncle’s disgustingly affectionate relationship, and the sappy romance movies she sometimes watched with her aunt. She wanted to believe in love, but she was also cynical that anything could end with a happily ever after. Her parents had been madly in love, and their ending was nothing short of a Shakespearian tragedy.

“So, new guy,” she finally called out, hoping he couldn’t detect the tightness of her breath, “where you from?”

Turning away from the table, his eyes nervously swept past the kitchen before meeting hers. Their alluring darkness caused her heart to flutter against her ribs with the force of a bird’s wings. She suddenly understood the longing she sometimes heard in musician’s voices when they sang about love.

“Mykonos—ehhh…an island…in Greece.” His voice was as deep as her uncle’s, and his accent was rich. Every word he uttered sounded romantic. As they echoed through her head, she became motionless—all except for the widening of her eyes.

“Wait, did you say Mykonos?” A flicker of excitement passed through her. “That’s where my dad was from.”

Nikos’s dark, thick eyebrows rose. “Yes. Your father…he knew my mother. They were…ehhh…friendly. Since they were very young.”

Nova’s pulse sped. What else did he know about her father?

“Really?” Crossing her arms, she mirrored his high-browed expression. It seemed her uncle’s list of secrets was never-ending. “How did you and your mother end up here?”

“Your uncle…very kind. When we leave Mykonos, he tells my mother…ehhh…he can help.”

Interesting, Nova thought to herself. How did her uncle know her father’s childhood friend well enough to offer his help? For the first time since she had been torn from her family’s home in California, she believed she may actually have found an avenue leading to the truth about her parents. 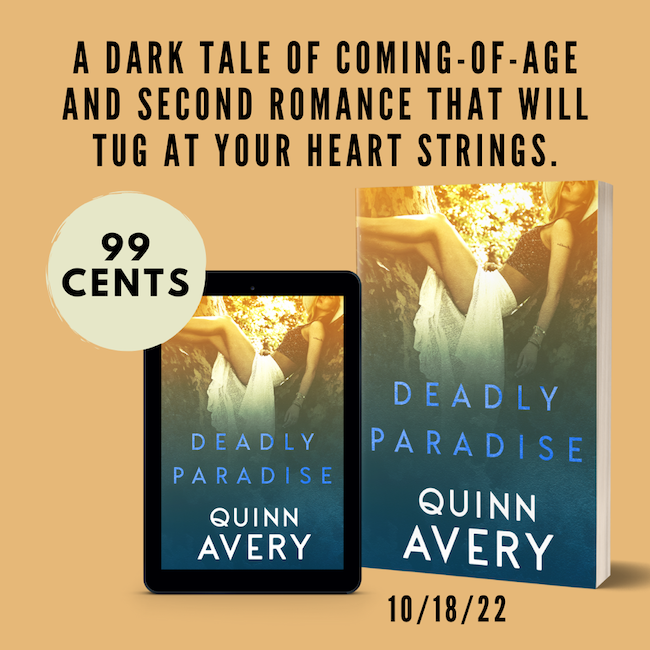 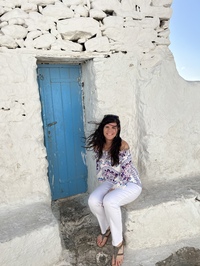 Quinn Avery is an award-winning author who has written over 38 novels, both romantic suspense and mystery/thriller. An avid fan of the beach, a good book, and Dave Grohl, she enjoys spending her free time with her favorite people and biggest fans--her husband and children.