1)      Tell us a little bit about yourself--both something we learn from [the story] and something that readers might not guess? I hate to brag but I guess I am one of the world’s foremost authorities on automobiles. Every boy’s dream and it’s given me a good life. And something secret, you say. Well, I’ve begun telling people about my heritage, so that’s no longer secret. I’m proud of my black mother from Mississippi. You didn’t know? Most people don’t, but not because it’s a secret. The secret concerns my socks. Take a look. Silk. I wear them every day, in honor of my mother. I feel like she’s watching from heaven and she’d know something was wrong if she saw me in synthetics.
2)      How did you first meet your writer? She was sitting there at her computer, casting about for a colorful character to pin a murder on, and I waltzed in and grabbed the spotlight. She doesn’t know it yet but I’m coming back soon with a stunning new automotive museum. We’re going to put Baldwin County on the map.
3)      Want to dish about him/her? Does a gentleman dish? I think not. Anyway, there’s not a lot to tell. She’s a bit on the boring side. I can say this: Her characters do all the heavy lifting. But do we get our names on the cover? Oh, no. It’s a writer’s world.
4)      Why do you think that your life has ended up being in a book? Several books, in fact. Why? Well, I don’t seek fame but I don’t run from it either. The men who amass these collections of exotic automobiles are not shrinking violets, you know. They’re high profile, wealthy, alpha males. And I’m right up there with them, providing the mechanical background, the logistical knowhow, a bit of glamour, if I do say so. Without me they’d just be wealthy surgeons or tax accounts or boring designers.
5)      Who's your favorite character? Why? I’d like to say that cute little lady at the front desk. What’s her name—Patti? Yes, that’s it. But Cleo’s hard to beat. Smart, scrappy. Did you see her in that automotive trivia contest? Travis McKenzie must kick himself every day for letting her get away. I think Riley Meddors may be the character most like me, so perhaps I’ll pick him. Keeps his business to himself, but that man’s up to something, you wait and see.
6)      Who's your least favorite character? Why? Least favorite. Hmm. You might think I’d name that kid who sulked through the competition but I loved him. The audience did, too. How about that policewoman who thought she might pin a murder on me? Just doing her job, of course, but still…Yes, I’ll say her. That could’ve been a problem.
7)      What's next for you? I’ve hinted at the auto museum. I’m already negotiating for a spot down near the beach. And I’m going to France with Travis McKenzie soon. He thinks we’re going to find a missing Bugatti Royale. We won’t, but we’ll enjoy the search. Mr. McKenzie needs a little pleasure in his life. I think he’ll enjoy investing in a state-of-the-art car museum. 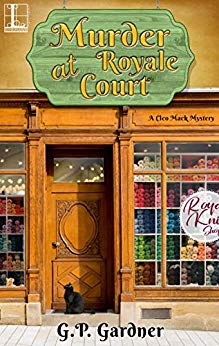 Harbor Village is a vivacious retirement paradise known for its beachy locale and active senior scene. But ever since murder moved in, the idyllic coastal community is becoming a little less lively . . .
With the first annual antique car show cruising into the tranquil bayside oasis of Fairhope, Alabama, there are bumpy roads ahead for Harbor Village director Cleo Mack. As an automobile-themed lecture series gets off to a rough start, she finds herself balancing one too many responsibilities—and dodging advances from a shady event sponsor. It’s enough to make Cleo feel twice her age. But the festivities reach a real dead end when she discovers a body at the Royale Court shopping center . . .
When an innocent man lands in the hot seat for murder, Harbor Village residents look to Cleo to crack the case. Aided by an eclectic group of energetic seniors, Cleo races to identify the true culprit from a growing list of harmless Sunday drivers—before a killer revs up for another hit and run!
This ebook includes an exclusive knitting pattern!

I just love this series!!  Cleo is settling in with her new position after her big move. Some time has passed now making it more comfortable and the area is excited for the upcoming car show. Cleo is being pulled is a million different directions which just gets worse when is with a friend that finds a dead body. We ll of course she has to start looking into things even it she tries not to the people just tell her stuff anyways. It makes for a hoot of a story as the wide range of characters creates a great blend of personalities having something for everyone. The place sounds so fun I would actually enjoy living there!! Perfect for fans of cozies with a slightly older MC surrounded by all age groups. Perfect blend that I totally loved so I give it 5/5 stars. 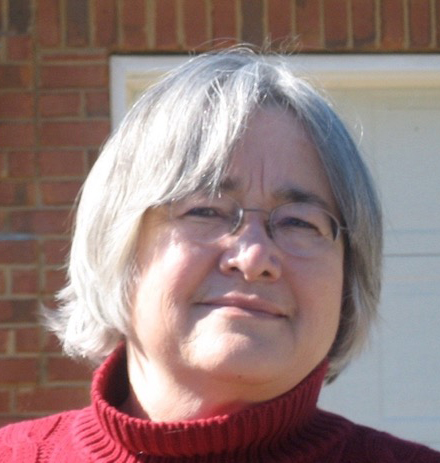 Born and raised in Alabama, G. P. Gardner earned BS and MA degrees in Psychology from the University of Alabama (Tuscaloosa, AL) and an MBA from Jacksonville State University (Jacksonville, AL). She also attended the University of Georgia (Athens, GA), where she studied biopsychology and primatology. But her heart belongs to Talladega College—an HBCU and the first educational institution in Alabama to admit students without regard to race—where she taught business. Her writing life began with short stories, some of which were published in regional literary journals and some of which won prizes. She enjoys the classic mystery writers as well as contemporary whodunits but reads widely. She is a knitter and once owned a knit shop in Fairhope, AL. She studied mystery writing with Terry Cline, another Fairhope resident. Murder in Harbor Village is the first in her series about social worker Cleo Mack. You can visit her at gpgardner.com.