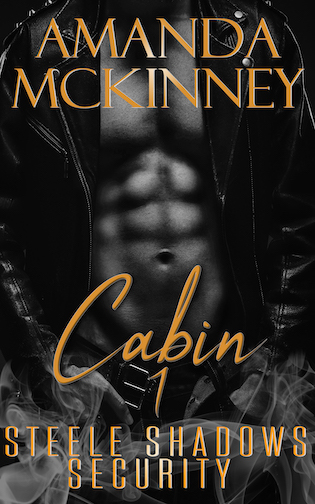 
From multi-award-winning romantic suspense author Amanda McKinney comes the first book in the steamy, edge-of-your-seat, three-part series, Steele Shadows Security…
Hidden deep in the remote mountains of Berry Springs is a private security firm where some go to escape, and others find exactly what they’ve been looking for.
Welcome to Cabin 1, Cabin 2, Cabin 3…
Cocky, reckless, and die-hard playboy were just a few of the names Gage Steele had been called since he and his brothers left the Marines and moved back to the small, southern town of Berry Springs to take over their father’s personal security firm. On the one-year anniversary of his father’s death, Gage had only two things in mind—endless whiskey and endless women, but what he got was a battered, bruised spitfire stumbling through woods in the middle of the night.
Newly-appointed prosecutor and unapologetic workaholic, Niki Avery had spent her life working toward one goal—never to have to depend on anyone but herself… until the day she was brutally attacked on the side of the road. Stripped of her Louis Vuitton and her dignity, the fiercely independent ADA must submit to being under the watchful eye of a former Marine, a loose cannon with a temper as scorching as his ruggedly handsome good looks.
As cracks begin to show in the Steele family, including newly discovered evidence that their father’s death was no accident, Gage wrestles with his growing feelings for his client, knowing not only that Niki is off-limits, but together, they were like gasoline and fire—an explosion he wanted nothing more than to ignite in the bedroom. But when a pair of bloody body parts show up at the compound, it becomes clear that Niki’s attacker hasn’t given up and Gage realizes he’ll do anything to keep her safe… even as his own family is spiraling out of control.
Cabin 1 is the first book in the 3-part Berry Springs spinoff series, STEELE SHADOWS SECURITY—Think of it as Berry Springs’ darker, grittier, steamier, BAD BOY brother. Please note: You do not need to read the Berry Springs Series first.

Goodreads / Amazon
—
EXCERPT:
Darkness swallowed me as a cloud drifted over the full moon, taking my sight along with it. I didn’t stop.
I couldn’t stop.
Rocks, sticks, and God knew what else cut into the bottom of my feet as they flew over the rocky terrain. Thump, thump, thump against the dead leaves and pine needles scattered on the forest floor. I couldn’t see a thing, so I focused on the sounds around me, but even that was drowned out by my hammering heartbeat and gasping breaths.
The woods at night. Magical, alluring, still. No, not that night, that night it was a thinly veiled evil, a muted witness to my death if I were to get caught. That night, the woods were my escape, my refuge, my only chance for survival.
The clouds shifted, a silver glow washing over the mountains, casting shadows along the ground like ghosts swaying back and forth. I blinked, adjusting, and heaved myself over the boulder I would have slammed into full force. My body tumbled to the ground like a sack of potatoes, the breath knocking out of my lungs when I hit the cold, wet dirt.
I froze, my eyes shooting open.
Did he see me? Hear me?
Holding my breath, I flattened against the ground, my heart a thundering staccato. I focused on the moon above me, like a spotlight hellbent on pinpointing my location. A breeze whistled through the trees, the almost-bare branches like slashes through the moon.
Dead leaves, dead trees. Autumn in the mountains had never looked so haunting. Or been so cold.
Snick.
My eyes widened in terror. I willed myself to fade into the night, into the ground—fitting, considering that’s where he wanted to put me.
I didn’t blink, didn’t breathe as seconds tick by.
Had I lost him?
A rustle of leaves had my pulse kickstarting into panic mode again.
I knew I couldn’t stay there.
I stayed, I died. 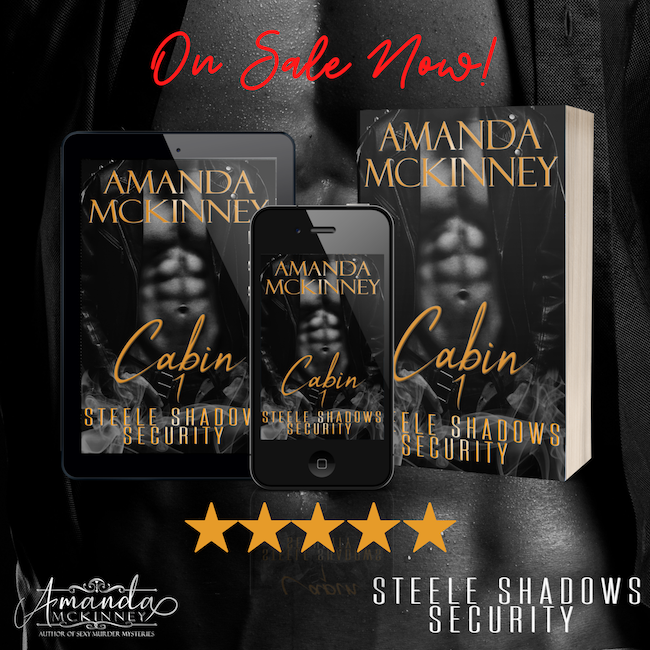 Author Bio:
Amanda McKinney is the bestselling and multi-award-winning author of more than ten romantic suspense and mystery novels. She wrote her debut novel, LETHAL LEGACY, in 2017 after walking away from her career to become a writer and stay-at-home mom. Set in small, southern towns, Amanda's books are page-turning murder mysteries packed with steamy romance.
Her books include the BERRY SPRINGS SERIES and the BLACK ROSE MYSTERY SERIES, with a surprise new series being released later this year.
THE CAVE, the seventh book in the BERRY SPRINGS SERIES, is scheduled to be released August 2019. Text AMANDABOOKS to 66866 to receive Amanda's newsletter and get the latest on new releases, promos, and freebies!