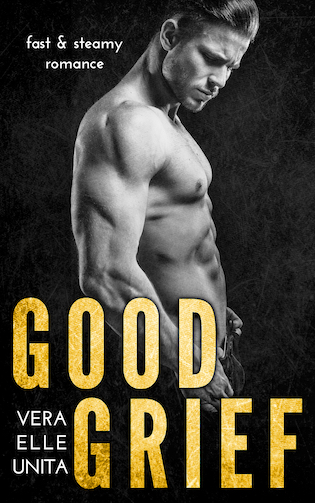 
He wanted nothing more than to forget his past.
Until she came along, bringing color back into his world.
Now he’ll do everything to make her his.
Jasmine Frost had imagined the first day at her new job quite differently. How on earth could she have known the arrogant billionaire Cole Ward would insist on her leading the renovations of his mansion?
To oversee the project, Jasmine moves in with Cole. Turns out, the mansion needs more than a little makeover, and she is stuck with that growly bear of a man for weeks. He doesn’t even like her French bulldog—who the hell doesn’t like puppies?
Still, they can’t withstand the strong attraction between them. The dark look in his eyes is intriguing and Jasmine can’t keep herself from digging into his past. But what if she doesn’t like what she finds?
Fast, steamy, insta-love romance novel. Standalone, no cheating, HEA guaranteed.

Goodreads / Amazon
—
Only 99¢ for a limited time!
—
EXCERPT:
Where did he know her from? Cole still hadn’t figured it out. It bugged him since he was certain he’d seen that angelic face some time in his life before. And the colors on her! Only, he remembered her as even more colorful? Unsure, he kept pacing up and down in front of the window in his study.
The past few years, he’d lived solely for his tech firm, had buried himself in work after…no, he refused to think about it. He never ever wanted to think about that again. Back then he’d given himself one week. God, those seven days he’d drunk so much, he only remembered little shreds of it. That was good, though, because it had been the darkest time in his life. Never would there be a darker hour.
First, he’d drunk away his sorrow, then he’d lost himself in work. Over the years, he’d met many, many people. He had never really looked at their faces, though, because they just didn’t matter to him. Since that one night so many years ago, he didn’t care anymore—not for anything or anyone. His life was divided into two parts: before and after.
‘Before’ measured thirty-three years, ‘after’ only five. ‘Before’ had been a bright, happy time, full of laughter and sunshine, but the memories were too painful to let them cross his mind. ‘After’ didn’t contain anything important to him. Yes, his corporation meant a billion-dollar income, but for Cole it was only something to do, something to take his mind off what had happened years ago. He would throw everything away if only he could go back in time and change the past. Anything. For that, he would do anything at all!
Only, the past could never be changed. In one simple night, he’d become hard and cold. During the ‘after’ time he hadn’t really lived, only gone through the motions. No wonder he couldn’t pinpoint Jasmine Frost’s face. Probably she’d worked for one of his many associates and they’d met in a hallway or something. Cole couldn’t remember; it was all distorted in his mind. The last five years he hadn’t really lived, just existed.
When he had first seen her, he’d felt like he’d awakened after an endless sleep. Jasmine Frost had brought color back into his gray world. In fact, she’d done the impossible. Cole hadn’t thought that anything or anyone could ever make a difference in his life again. But she had. Everything had changed; his feelings had been and still were all over the place. After feeling nothing for so long, he wasn’t quite able to control himself. Yeah, that had been pretty obvious, seeing his behavior, or more so lack of behavior, in that elevator.
The only problem? Jasmine didn’t only bring color, no, she’d made every fucking memory come crashing back down on him. Not thinking about the past didn’t work anymore. The door, which he’d closed on his memories, had been ripped open. Now he couldn’t shut it anymore. She needed to fix that…him.
Still pacing, Cole raked a hand through his hair. All night he’d hardly gotten any sleep, had been way too unsettled to close his eyes. There was guilt and want, grief and hope, sadness and happiness all mixed together, rattling and shaking him to his core. For the thousandth time, he glanced through the window onto the long driveway to his home. Still no car, still no Jasmine. Where was she? He was a mess, couldn’t wait to see her face again. How would it feel this time? Would the gray come back into his world and eat everything away until there was nothing left, or would Jasmine awaken him once more with all her bright colors?
Cole wasn’t sure if he should wish for or fear the latter.
When he looked out of the window again, his heart stopped for a second. A car was driving up to his house. Of course, it was a bright yellow Mini Cooper. The sun was coming back to him. 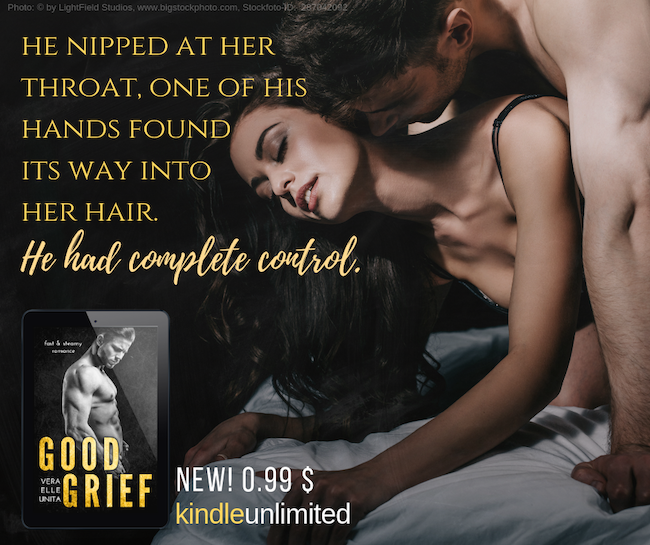 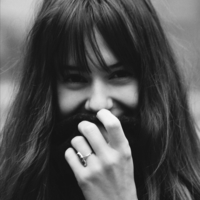 
Due to her father’s many business trips, Vera Elle Unita was born in Germany near Stuttgart in 1990. Since then she has traveled a lot, even studied one year abroad, but finally settled down with her husband and two beautiful dogs back home in the US—hello, Boston! She likes new hair colors, chocolate (who doesn’t?), and reading or writing about strong, perfectly imperfect book boyfriends struggling with their past. Everyone just needs a little love, right?