Blog Tour, Review, & Giveaway for Academy of the Elites by Alexis Calder 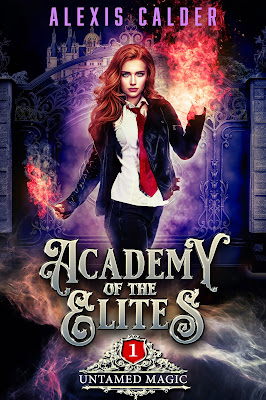 My name is Raven Winters and I’m a mage. Who the hell knew?
When I somehow summon fire in an act of self defense, I’m given two choices by the magic cops: attend some stuck-up magic school, or go to magic jail.
Well, shit. There go my plans for the next year. Apparently, I have Untamed Magic, whatever the hell that means. And I’ve got a year to get it under control at this magic academy that’s basically a finishing school for the elite. Everyone here is somebody important. And rich. Except for me.
Which paints quite the target on my back. Being the token poor kid is bad enough. Throw in that I somehow form a mating bond with four of the school’s most eligible bachelors. Oh yeah, and add in the fact that someone is trying to kill me. FML.
Scroll up and one-click this steamy, action packed reverse harem romance.

What a thrilling start to a new series! We meet Raven just as she is sent to the Academy through no choice of her own after an unexpected incident. She has no clue that magic exists let alone anything else and let alone have any of her own. Thrown into the deep end without a raft she must figure things out quick if she wants to survive. Full of magic, twists, and turns that will keep you hooked until the very end. I really liked it so I give it 4/5 stars. 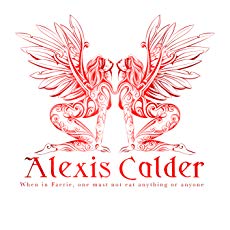 Alexis Calder writes sassy heroines and sexy heroes with a sprinkle of sarcasm. She lives in the Rockies and drinks far too much coffee and just the right amount of wine.