Book Blitz & Giveaway for The Dark Awakening by D.L. Blade 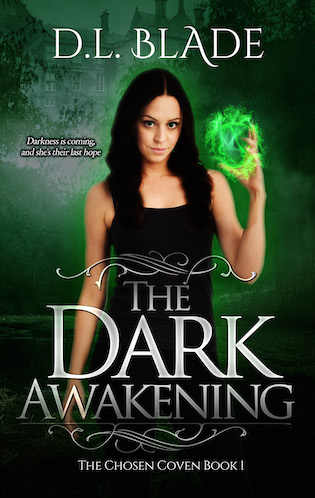 
Get ready for a new kind of witch—she’s about to save humanity.
Haunting secrets, witches, vampires, werewolves, love, betrayal, & twists you won’t see coming!
Mercy’s life has devolved into a string of bad events. A brutal beating that nearly stole her life, a dangerous stalker lurking in the shadows, and a car accident, where the man who rescued her disappears right before her eyes.
But this man who she thought was a hallucination, tracks her down at a nearby cove, and claims they were once in love from another time. Another century. But Mercy has no memory of this world he shares, and instinctively doesn’t trust him. He also reveals to her a life-changing secret—she’s an ancient witch, vampires are real, and she’s destined to destroy them.
There’s also the troubling discovery that her blood is lusted after by the undead, and a sadistic vampire leader sets his eyes on her, and will stop at nothing until he takes Mercy as his own.
Mercy needs to fight. Fight for her life, fight to discover the truth, fight to remember who—or what—she really is before it’s too late.

Goodreads / Amazon
—
EXCERPT:
They were there in the shadows again. This was the third time this week I had thought someone was watching me.
The last few weeks, I’d heard the rustling of leaves and the crackling sound of old fallen branches beneath someone’s feet, or the hairs at the back of my neck would stand straight because I knew someone stood silently behind me. Last night wasn’t any diﬀerent. I exited my car after an exhausting day at work and heard what sounded like a low, deep exhale coming from the forest next to Lily’s house. I swiftly turned around, fumbling with the ﬂashlight on my phone, but when the light pierced the darkness, the sound stopped.
Tonight, it was a silhouette behind my aunt Lily’s fence in the backyard. It wasn’t someone walking by with their dog or a neighbor taking out their trash. They were standing there, staring, as I walked to the sink to rinse my dinner bowl. I wasn’t going to tell her again. She’d just tell me what she’d told me last time I brought it up. She’d say I was just seeing things and that it was normal to feel this way after trauma.
“Your turn, Mercy,” Lily said. Her voice pulled my gaze from the window.
“I’m coming,” I said, taking one last glance toward the silhouette.
They were gone. 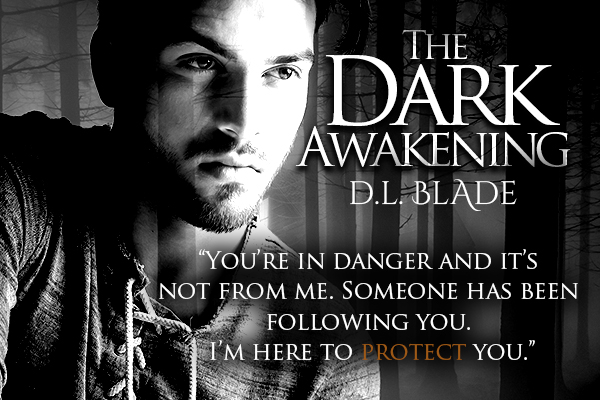 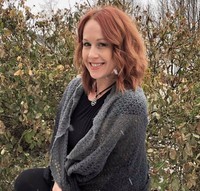 
D.L Blade grew up in southern California where she studied at The California Healing Arts College for massage therapy, then working as a Massage Practitioner for thirteen years. She now lives in Colorado, where she worked in the real estate business for a time, before deciding to focus on family and writing.
She has always loved writing, concentrating on poetry rather than prose when she was younger. That changed however, when she had a dream one night that inspired her debut novel, 'The Dark Awakening.'
In D.L. Blade's spare time, she enjoys a wide variety of hobbies, including reading, attending rock concerts, playing pool, wine tasting, and exploring new vegan restaurants in Denver.
In the future, she hopes to continue to write exciting novels that will captivate her readers and bring them into the world that she created using her imagination.