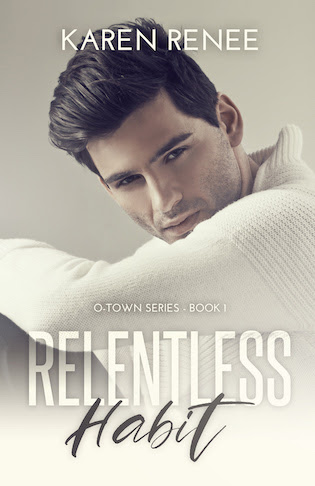 
Cecilia
I moved to Orlando for a fresh start.
Nobody could know my secret.
Catching the attention of the hottest DJ in all of Orlando wasn’t in the plan.
He’s got moves, and they’re not just good. They are good.
Like the beats he spins in the booth, I fall fast for him and his crazy family.
When he finds out about my past, it won’t just break my heart but also crush my soul.
Brock
The third time I saw her at a crowded club, I had to have her.
After our first kiss, I knew she was a habit I would never want to break.
Knowing what she hid from me reinforces what I’ve known for so long. Women cannot be trusted.
Even knowing the worst, I can’t stay away from her.
But when push comes to shove, will I be able to keep her safe?

Goodreads / Amazon / Barnes & Noble / iBooks / Kobo / Smashwords / Angus & Robertson
—
EXCERPT:
Backing me up to the brick wall, he stood directly in my space. “What’s wrong, Cecilia?”
His earnest eyes demanded an answer. “Nothing. Truly. Let’s just get done, then—”
Earnest gave way to incredulous. “‘Get done?’ You trying to get done with me?”
“I’m not good enough for you,” I admitted.
He shook his head. “That sounds like a load of bullshit. How would you know who’s good enough for me or not?
I knew it wasn’t me. Mainly because in the few minutes I’d sat in the living room waiting with Warren, I noticed a few text books about Criminal Law. While Gabe and Warren were talking at the table, it became clear Gabe had yet to declare a major, which meant those text books belonged to Brock. How could a girl like me, a former criminal – even if I hadn’t been convicted or arrested – be good enough for a man like him? I couldn’t. He needed a good girl, and that would never be me.
“I just know that I’m not that girl.”
“There’s something you’re not telling me.”
My eyes widened. “No joke! The first time we shared more than five words was ten hours ago. There’s plenty I haven’t told you and that you don’t know about me. I just—”
“This is done,” he said, as he lowered his head and kissed me quiet.
It was a helluva kiss, and it surprised me. All of the kisses we had had been out of the park, but this one contained more passion because both of us were irritated. He slanted his head and it seemed like he dragged his upper teeth across my bottom lip on purpose. Something inside me snapped. I drove my fingers into his hair and surged up on my toes. His arms wrapped around my waist, yanking me to his hard body.
My breasts were swelling and a throb built between my legs. I tried to break free from him, but he came after me, not letting me break the kiss.
A woman’s low-pitched voice grumbled, “Damn, that’s hot. You need to kiss me like that, Tim,” and Brock finally pulled away, but rested his forehead against mine.
“Fuck,” he whispered.
I exhaled so I wouldn’t speak. Something in his eyes told me he knew I was holding back my own agreement.
“So, we’re done?” I asked quietly.
Brock canted his head. “Why the fuck would you say that?”
“You said, ‘This is done.’”
Brock chuckled. “I did, but I meant the asinine conversation was done. Not us. Hell, after a kiss like that, no way we’re done. I get you riled up and that’s what I get in return, I can only imagine what angry sex with you will be like.”
I pressed my lips together because not only was he right, he was turning me on –again– and I was trying to stifle my laughter.
His hands framed my face. “And another damn thing…” He paused for quite a while. “Don’t tell me you’re ‘not good enough’ ever again. Let’s go. If we’re lucky, your food will still be warm.” 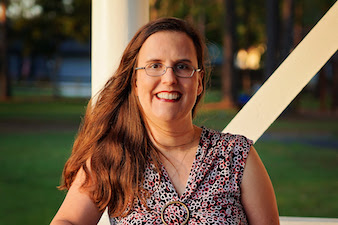 
Karen Renee is the award-winning author of the Riot MC series, the Beta series, and upcoming O-Town series. She has been writing since she was a teen, but has only recently brought her dream to life. Karen spent years working in the wonderful world of advertising, banking, and local television media research. She is a Jacksonville native, as well as a proud wife and mother. When she’s not at the soccer field or cooking, you can find her at her local library, the grocery store, in her car jamming out to some tunes, or hibernating while she writes and/or reads books.