Today Brooklyn James and Rockstar Book Tours are revealing the cover and an exclusive content for JUST SHELBY, her YA Contemporary Book which releases October 27, 2020! Check out the awesome cover and enter the giveaway! Link in bio. 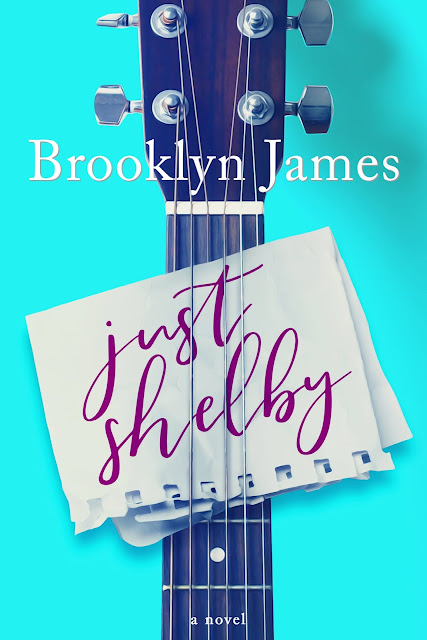 A secret note square found in a handmade guitar proves that small town gossip is not only ubiquitous but occasionally true. This gossip comes with strings rivaling those on Ace Cooper’s guitar, the safest strings he will ever have around his heart.

Ace’s father warns him to stay away from the Lynn girl. Daughter of a deceased bootlegger and a barely living addict, Shelby Lynn is no stranger to small town contempt. She keeps her nose in the books and feet to the ground, a college scholarship the only escape from her tumultuous life.

As Ace’s heartstrings unravel, so does his family’s role in Shelby’s broken past. Thrust into a precarious journey of their roots brimming with music and betrayal, the two have never been closer…to the truth of how Shelby’s father died. One truth transforms every facet of their lives forever.

A dual POV friends-to-first-love story, Just Shelby is an unsuspecting mystery that depicts how growing together can sometimes hurt worse than growing apart.

“All better,” I say, before pressing my lips to the injured flesh. My father having done that to me on a few memorable occasions throughout my clumsy childhood, I guess, maybe, I think it is the thing to do. Until I realize what I have done. I have come on to Ace Cooper?

He comes back—leaning into me until his forehead is level with mine. Like the fit of a perfect running shoe from toe to tip, there is but a thumb’s width of room between our noses.

“Why’d you do that?” he asks what I am thinking.

Stock-still and flush all over—mouth full of cotton in suspense—my tongue has not the articulation to form the words I don’t know.

Forget butterflies and mush. This feels like a chemical reaction. Exothermic. Combustible. Humans can’t actually explode. Can they?

“Why?” He presses with his words and with the parted mouth they came out of, ever closer to mine.

“Energy,” I puff, unable to elaborate that it is carried in the form of movement, for the elaborate task that breathing proves to be.

“Energy?” he says, as perplexed by my nerdy answer as I am this sensation.

“But it’s not right. It’s all wrong. You can’t just do stuff like that.” Bereft of its usual self-possession, his voice is full of anguish. “Do you know what that does to me?”

Maybe, hopefully, the same thing it is doing to me?

Yes. It is. My hand clutched in his and guided to his chest—the heart beneath it hammers. Just like mine. 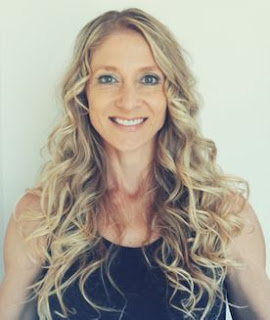 Brooklyn James is an author/singer-songwriter who savors any opportunity to combine both books and music. Her first novel, The Boots My Mother Gave Me, has an original music soundtrack, making for a unique Audible experience. Out of Boots grew a platform where it was Brooklyn's honor to serve as a guest speaker with a focus on awareness and prevention of domestic violence and suicide.

Her latest speaking engagements centered around accessibility, rights, and choice in birth, as well as writing workshops on how to put pen to paper composing one’s own birth story with the release of her birth memoir, Born in the Bed You Were Made: One Family’s Journey from Cesarean to Home Birth.

Just Shelby gifted both the challenge and the thrill of this author’s primary exploration into the Young Adult genre. She cherishes feedback from reader reviews, if you should be so inclined.

Moonlighting occasionally in voice-over and film, Brooklyn played a Paramedic in a Weezer video, met Harry Connick Jr. as an extra on the set of When Angels Sing, appeared in Richard Linklater's Boyhood for all of a nanosecond, and was a stand-in and stunt double for Mira Sorvino on Jerry Bruckheimer's Trooper pilot for TNT. Although reading, dancing, working out, and a good glass of kombucha get her pretty excited, she finds most thrilling the privilege of being a mother to two illuminating little souls and a wife to the one big soul from whom they get their light.

Brooklyn holds an M.A. in Communication, and a B.S. in both Nursing and Animal Science.