After her husband died, Samantha Washington, decided to follow her dreams. She quit her job as a high school English teacher and opened the mystery bookshop she and her late husband had always dreamed about. However, the bookstore was only one of Samantha’s dreams. She also dreamed about writing British historic cozy mysteries. The cool thing about the Mystery Bookshop Mystery series by V. M. Burns (if I may say so) is that each book includes two mysteries. There’s the mystery that Samantha Washington is dealing with in her life, along with the British historic mystery that she’s writing. My name is Lady Elizabeth Marsh and I’d like to tell you about my story.

My story is set in England in between the two wars. The world is still recovering from the devastation of the first world war, and no one wants to enter into another one. However, the pieces are in motion and it seems like a second war with Germany is inevitable. Many of the great houses have crumbled due to loss of heirs in the Great War, death duties and the changing times. My husband, Lord William Marsh, and I have been fortunate. Our home, Wickfield Lodge, the ancestral home of the Marsh family is still intact. While the duke and I were never blessed with children of our own, we raised our two nieces Daphne and Penelope after their parents were both killed in an automobile accident. Those two girls couldn’t be dearer to us, if they were our own children. Daphne has just married Lord James Browning, the 15th Duke of Kingfordshire, and is off on her honeymoon. While Penelope and her husband, Lord Victor Carlston, are expecting their first child. All seems well until Victor’s cousin, Captain Archibald Jessup, makes some outlandish allegations, which could destroy Victor and Penelope’s happiness. Captain Jessup’s sudden death only makes matters worse. I can’t sit back and do nothing while a black cloud of doubt and suspicion threatens to ruin Penelope’s happiness. No, it’s up to me and the other members of the household to get to the truth before it’s too late.

About A Tourist's Guide to Murder 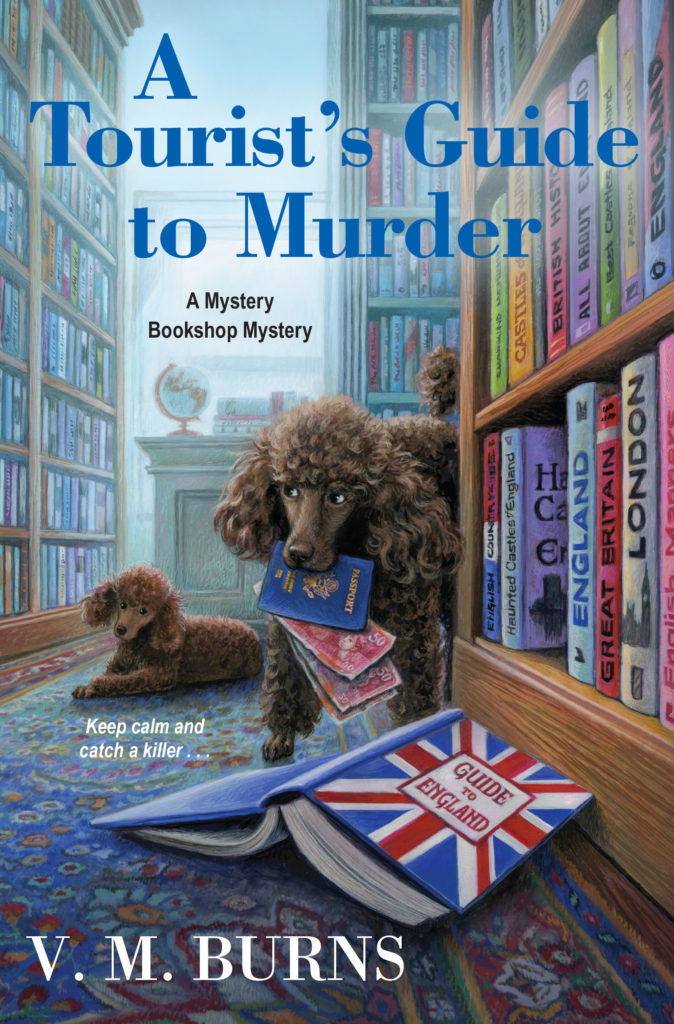 While visiting the land of Miss Marple and Sherlock Holmes, bookstore owner and amateur sleuth Samantha Washington finds herself on a tragical mystery tour . . .

Sam joins Nana Jo and her Shady Acres Retirement Village friends Irma, Dorothy, and Ruby Mae on a weeklong trip to London, England, to experience the Peabody Mystery Lovers Tour. The chance to see the sights and walk the streets that inspired Agatha Christie and Arthur Conan Doyle is a dream come true for Sam—and a perfect way to celebrate her new publishing contract as a mystery author.

But between visits to Jack the Ripper’s Whitechapel district and 221B Baker Street, Major Horace Peabody is found dead, supposedly of natural causes. Despite his employer’s unfortunate demise, the tour guide insists on keeping calm and carrying on—until another tourist on their trip also dies under mysterious circumstances. Now it’s up to Sam and the Shady Acres ladies to mix and mingle among their fellow mystery lovers, find a motive, and turn up a murderer . . .

REVIEW
*I received a free copy of this book which I voluntarily chose to write an honest review for.
What a fun read this was! We go along with Sam and Nana Jo on a week long trip to Britain as they go on a mystery tour. Add in the other ladies and this becomes one doozy of a trip. The trip there is one catastrophe after another until they finally arrive only to find their luggage is missing. Just happy to be there they start exploring the area ready to enjoy themselves. Imagine their surprise when the tour owner is found dead the very next day under suspicious circumstances. As if that is not enough one of their group is also found dead not too long after that.The woman put their sleuthing skills to work trying to solve the murders before the tour ends. This makes for an enjoyable read as we follow them along their tour which is described beautifully making you feel like you are there with them. Add in the bonus reading of Sam's historical British cozy and we get two books in one. This all combines into a cozy you won't be able to put down as it all plays out. Quite the fun read that I highly recommend. I really liked it so I give it 4/5 stars.

V.M. (Valerie) Burns was born and raised in the Midwestern United States. She currently resides in the warmer region of the country in East Tennessee with her two poodles. Valerie is a member of Mystery Writers of America, Dog Writers of America, Crime Writers of Color, International Thriller Writers, and Sisters in Crime. Valerie is the author of the RJ Franklin Mysteries, the Dog Club Mysteries, and the Agatha Award-nominated Mystery Bookshop Mystery series.