Blog Tour & Giveaway for Princess of Beasts by Joanna White 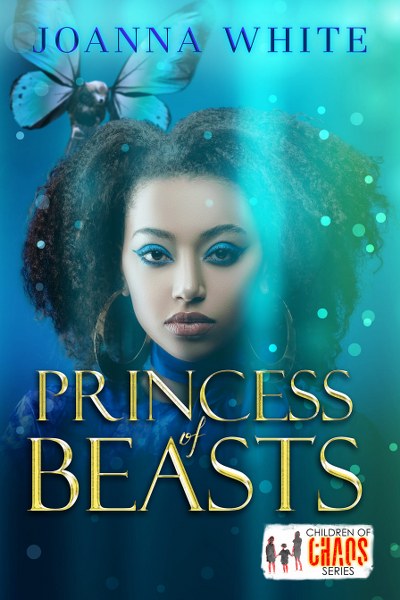 Princess of Beasts
A Children of Chaos Novel
by Joanna White
Genre: YA Fantasy

In the entire kingdom of Ahri, Princess Sahri is the only person who can talk to animals and heal them. She’s beloved by the people, but she’s living a lie. Deep inside, she wants a man who she’s not just forbidden to be with, but he’s also a criminal, part of the Ahri Reformation—using the Rune of Obedience to force criminals who fight well to put their talents to better use. What’s worse, is the man—her bodyguard, Jekre—hates her and the entire royal family for what they’ve done.
But those are the least of Sahri’s worries.
The Anati are creatures who bring life and springtime to Ahri every time they return from their long migration across the Sea. But when someone murders them, the kingdom faces a famine that will destroy them all.
Not all hope is lost—yet.
Two of the Anati had eggs. If Sahri can use her powers to keep the eggs long enough to help them get to the nesting grounds, the Anati will live. As the young ones grow, they can heal the land and save the kingdom and Sahri’s people.
The only problem is that her parents ordered her bodyguard to keep her inside the palace. The Rune of Obedience forces Jekre to comply—which means he’ll do whatever it takes to keep Sahri inside.
Who killed the Anati? The threat to the kingdom is a mystery, unknown by everyone except Jekre. And he’s been sworn to silence.
Can Sahri escape, and if she does, will she be able to get the eggs to the nesting ground in time?
Or will a famine bring Ahri to its knees?
**Only .99 cents!!**
Goodreads * Amazon

Joanna White is a Christian Author and fangirl. Hunter and Shifter are the first two books in her debut series, called the Valiant Series, published by Christian publisher Ambassador International and there are more to come. In December 2019, one of her short stories was featured in Once Upon A Yuletide, a Christmas fairy tale anthology by Divination Publishing. Dark Magi, Book One of the Republic Chronicles came out in November 2019. Glimpses of Time and Magic, a historical fantasy anthology, also featured one of her stories. The Crystal Heist was her most recent release, in August 2020.
She graduated from Full Sail University with a BFA in Creative Writing For Entertainment. Ever since she was ten years old, she's been writing stories and has a deep passion for writing and creating stories, worlds, characters, and plots that readers can immerse themselves in. In 2020, she reached her personal goal of writing a million words in a year. Most of all, Joanna loves God, her family, staying at home, and being a total nerd.
Website * Facebook * FB Group * Twitter * Instagram * Bookbub * Amazon * Goodreads