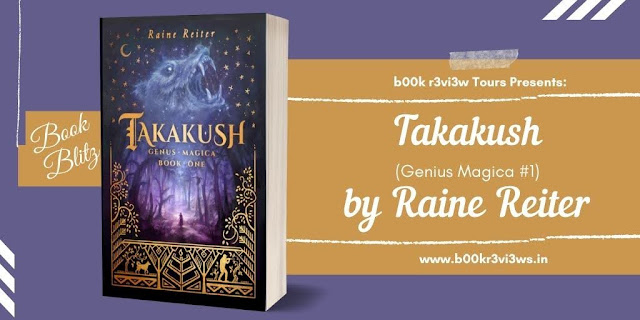 “A fantastic tale that weaves a spell of ancient mysticism and modern charm." --Tim Marquitz, Author of the Demon Squad series, The Enemy of My Enemy series, and more. 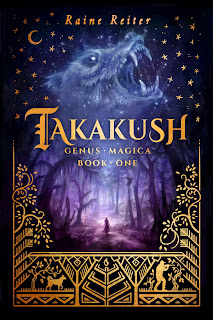 When Professor Elena Lukas returns to her cozy Pacific Northwest hometown with a broken heart, she’s plunged back into the fate she tried to escape. Like her mother and grandmother before her, Elena must now dedicate her life to a powerful ancient Lithuanian goddess. Although she is prepared to live as a priestess hiding in a contemporary tourist town, she arrives to find that a series of so-called animal attacks have terrorized her forest.With the help of a handsome detective from the Washington Department of Fish and Wildlife, Elena uses her expertise in invasive and endangered species to identify that these are no normal animal attacks. The woods are stalked by a dark, mystical creature bent on ravaging the area in an attempt to quell its insatiable hunger. When her little sister goes missing, Elena realizes that the beast can only be vanquished if she is brave enough to face it in-person, embrace her identity as a high priestess, and expose her powers to the man she is growing feelings for.Raine Reiter weaves together an empowered, female-centered narrative with rich descriptions of nature and an ever-present sense of mystery. Her vivid, flowing prose takes readers of dark fantasy into a world that looks and feels real, while still evoking the enticing paranormal creativity shared by authors such as Richelle Mead and Kat Richardson.

Celtic and Norse mythology are common themes in fantasy fiction. The dark contemporary novel, Takakush explores a different mythology, the gods and goddess of ancient Lithuania.

The Lukas family live ordinary lives in Olympia, Washington. They run a business, pay bills, and go to school. These powerful women also are avatars for four Lithuanian Goddesses. The woman channel the deity and are gifted with powers, but at a cost. The long history and fascinating customs of Lithuania inspired their story.

The last pagan country in Europe

In the late 14th century, Lithuania became the last country in Europe to adopt Christianity.  The nobility embraced this new religion and the power gained from association with Rome, but the peasantry clung to their beliefs and remained pagan through the 17th century.

Over time the invading foreign priests encased folk religion in a thin veneer of Roman Catholicism. Kaleda, the pagan solstice celebration became Christmas. They reduced the traditional solstice meal of thirteen dishes honoring the moons to twelve for the disciples. Easter soon supplanted Pavasario Lyge - the spring equinox. The locals gave up a sunrise bath in a freezing river for colored eggs. Slowly incursion reduced the old ways to ancient customs, superstitions, folktales, and songs yet paganism remained deep in the Baltic cultural memory.

A national revival in the 19th century brought a fresh interest in Lithuanian paganism and the traditional stories, songs, and ancient pagan festivals. Romuva, a polytheistic faith honoring the sanctity of nature and worship of ancestors was resurrected.

The Soviet occupation of Lithuania in the 1940s put a stop to the nascent Lithuanian pagan movement. Romuva practitioners were executed or sent to Siberian forced labor camps. In prison these brave people continued to practice in secret.

The fall of the Soviet Union and Lithuanian independence, allowed Romuva communities to practice their religion in the open. Today, neo-paganism is the fastest growing religion in Lithuania with congregations in the United States, Canada, Australia, and the UK.

The novel, Takakush celebrates the Lithuanian people's resistance and perseverance over centuries.
Author Raine Reiter weaves together an empowered, female-centered narrative with rich descriptions of nature and an ever-present sense of mystery. Her vivid, flowing prose takes readers of dark fantasy into a world that looks and feels real, while still evoking the enticing paranormal creativity shared by authors such as Richelle Mead and Kat Richardson. 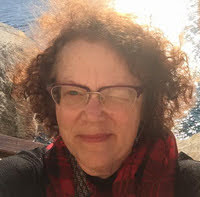 Raine Reiter weaves together an empowered, female-centered narrative with rich descriptions of nature and an ever-present sense of mystery. Her vivid, flowing prose takes readers of dark fantasy into a world that looks and feels real, while still evoking the enticing paranormal creativity shared by authors such as Richelle Mead and Kat Richardson.
A fifth generation Washingtonian, Raine lives in the gloomy Pacific Northwest and wanders the rainforest with her silly spaniel, Luke.
Raine Reiter on the Web:
Facebook * Twitter * Pinterest * Goodreads * Amazon

Where did the Lukas family originally come from?

What is our hero, Elena Lukas’ occupation?

The novel Takakush takes place in what region of the US?

a Rafflecopter giveaway
Posted by Books a Plenty at 12:30 AM