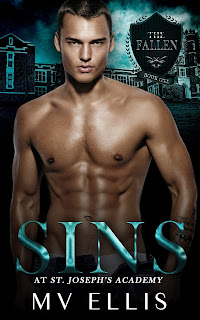 Five guys with the power of ten, and a burning desire to take me down.

They rule the school with cast iron fists, and stone cold hearts.

But the more they push me away, the more our destinies intertwine.

We’re thrown together by chance, bound by circumstance, and held by desire.

Our story is one of lies, revenge, blackmail, and blood.

The Fallen won’t be stopped, but nor will I.

So in the end, will the mighty be fallen?

*I received a free copy of this book which I voluntarily chose to write an honest review for.
Blake Allen was looking forward to attending St. Joseph's as an escape from her horrid home life with an alcoholic father. This takes a turn once she arrives and meet "The Fallen" who are harsh from day one though she has no clue why. With Zephyr as their leader things get quite interesting amongst this group of rich privileged men that pretty much rule the school. This sets the scene for some scenes that create pure fireworks as well a few surprise twists. Still lots of questions to be answered though so I look forward to the next book whenever it comes out. I really liked this so I give it 4/5 stars. 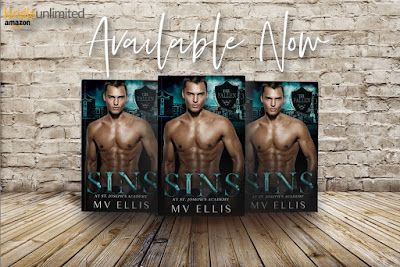 Stephanies Book Reports - “If your a fan of high school bully romances this is one that you do not want to miss.”

(CHECK OUT THE TRAILER HERE) 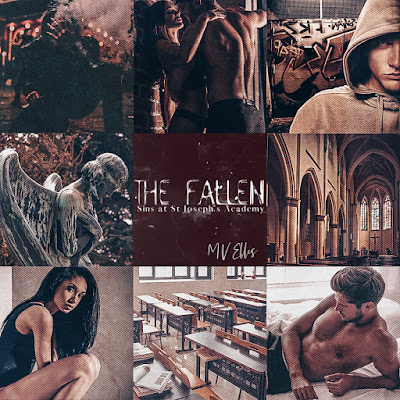 MV ELLIS knows what it’s like to fall head over heels in love with a badass musician. She followed her heart halfway around the world to be with one. She moved from London to Sydney after a steamy holiday romance with a sexy bass player in sultry Brazil.
Twelve years, two children and a dog later, and she’s still smitten. All this with a guy she sat next to on a bus for 36 hours! She has toured internationally as a ‘WAG’, and her experiences inspire her writing.
Ellis’ love of romance began when she was 11 years old, after a summer spent secretly reading her auntie’s books. She’s been a sucker for an alpha hero and strong heroine ever since.
An avid reader, Ellis always knew that she’d write a book of her own one day. She was right about that. Following a career spanning advertising, marketing, and social media, she finally wrote Catching London in 2017. She has continued to expand the Heartless Few series beyond Catching London, with releases planned through to 2020. In addition, she has launched a new four-part series, Rough Ink series, set in the sexy world of a New York tattoo studio. Expect the same sexy badass guys, angst galore, witty banter, scorching bedroom scenes, and kickass sassy women; but with a whole new world, and cast of characters to get to know and love. Zed, the first book in the series launched in June 2019.