Hi, I’m Mia Malone. I’m owner/operator of Mia’s Morsels in Magic Springs, Idaho. It’s a catering, dinner delivery, and cooking school. It’s a small town, you need to be diversified. And, my place is huge. I bought the old St. Catherine’s Prep building. The only thing in good shape in the building was the apartment on the third floor where the principal used to live.  Now, it’s my home. And the rest of the place is in the state of remodel.

I moved to Magic Springs last fall after I broke up with my almost fiancé and used to be boss. He was the culinary director for the Owyhee Hotel in Boise. I was in charge of catering. We’d bought an old house on Harrison to remodel which I’d done most of the work on. However, when I came back from visiting my grandmother, I found he’d been using the house to entertain. And not just on the first floor.

So I’m here in Magic Springs, starting over. My grandmother’s in heaven. She’s been trying to get me to move here and practice my craft for years. Magic Springs is home to a coven, but we typically try to stay out of the politics. Grans and I are kitchen witches. Which for me has been a way to increase my knowledge of food and it’s healing powers. I’ve been hiding the rest of the witch card, mostly because Isaac thought it was a hoot. Something I was playing at. Now that I’m here, Grans wants me to start training with her.

I’d rather focus on my business, but she’s insistent.

I just hope I can keep from turning Isaac into the toad he truly is inside. The Karma on that spell wouldn’t be good for me or Mia’s Morsels. I guess he’ll just have to keep being a poor excuse for a human being.

Do you have a special power? Are you an amazing baker? Or do you love doing crafts? Everyone has some sort of magic in them.

About One Poison Pie 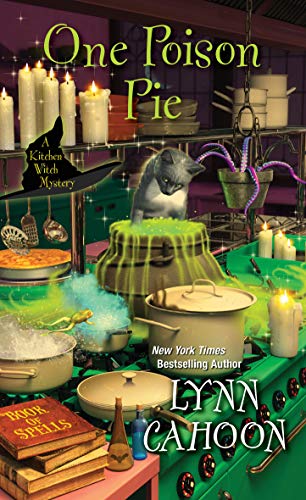 In the first in New York Times bestselling author Lynn Cahoon’s Kitchen Witch series, Mia Malone is starting over in Magic Springs, Idaho—where murder is on the menu . . .

What’s a kitchen witch to do when her almost-fiancé leaves her suddenly single and unemployed? For Mia Malone, the answer’s simple: move to her grandmother’s quirky Idaho hometown, where magic is an open secret and witches and warlocks are (mostly) welcome. With a new gourmet dinner delivery business—and a touch of magic in her recipes—Mia’s hopes are high. Even when her ex’s little sister, Christina, arrives looking for a place to stay, Mia takes it in stride.

But her first catering job takes a distasteful turn when her client’s body is found, stabbed and stuffed under the head table. Mia’s shocked to learn that she’s a suspect—and even more so when she realizes she’s next on a killer’s list. With Christina, along with Mia’s meddling grandma, in the mix, she’ll have to find out which of the town’s eccentric residents has an appetite for murder…before this fresh start comes to a sticky end. . . .

REVIEW
*I received a free copy of this book which I voluntarily chose to write an honest review for.
A wonderful start to a new magical cozy series! Meet Mia a kitchen witch trying to open her own catering/cooking school in the historical school house of Magical Springs. Before she gets even close to opening her Grandma's BFF hires her to cater her birthday party. This is a very difficult woman to get along with and she loves to change things last minute. Mia is scrambling to get everything together in time but she thinks she pulled it off. The day of the party she arrives early to start cooking only to be interrupted by the discovery of the woman's body in the ballroom. The sheriff has a vendetta against her so he quickly jumps to place the blame on her when she has no real alibi. This makes things tough so she starts asking around where she learns so much more then she bargained for. This makes for a fantabulous story as it all comes together. With magic at every turn as well as characters you can relate to or even hate it ducks you in until you cannot put it down. A total must read! I totally loved it so I give it 5/5 stars. 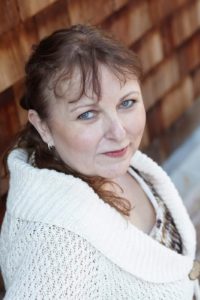 Lynn Cahoon is the author of the NYT and USA Today best-selling Tourist Trap cozy mystery series. She also pens the Cat Latimer series, the Farm to Fork series, and the Kitchen Witch series. Small town setting, big time fun with a bit of murder to keep it interesting. Romance novels are published under the pen name, Lynn Collins. She lives in a small river town like Mark Twain with her husband and three fur kids..