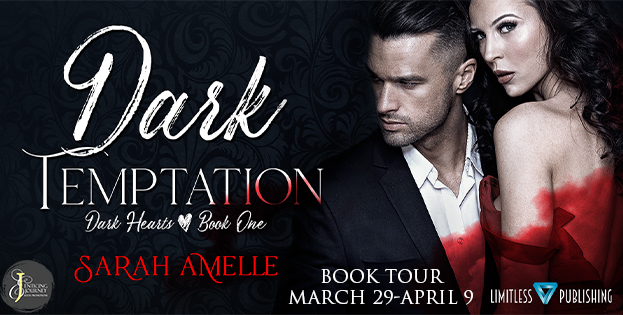 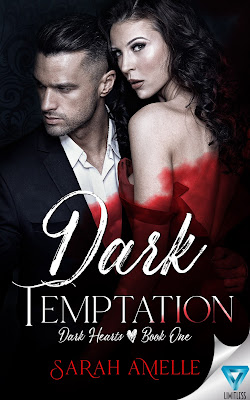 Dante...
With the world at my feet, I have it all. I’m respected and feared by men, wanted and desired by women. The only code I live by is my own.
Haunted by my brother’s death, all I seek is vengeance. I crave it. There’s nothing I want more than to watch his killers burn.
Then one night, everything changes when a straightforward debt collection becomes complicated. Little did I know, my collateral would be more dangerous to me than I could’ve ever imagined.
Eleni…
Love is something I’ve never allowed myself to even think about. It’s simply not a part of my plan. And I always have a plan, I’m always prepared. Or so I thought.
All it takes is one night for life as I’ve known it to come crashing down around me. Secrets, betrayal, and lies have led me straight into the arms of a killer.
He represents everything I hate—taking lives, while I want to save them.
But things are not what they seem and beneath all his darkness lies something I never expected. What scares me the most is that he’s breaking all the rules I ever had.

*I received a free copy of this book which I voluntarily chose to write an honest review for.
Mafia romance anyone?? If so you have to try this! Dante is the head of his family and is determined to make an example of a guy that owes him lots of money. Eleni has a douchey boyfriend who is the one who owes the money though she knows nothing about it. They go to a party where he tries to run from Dante. Unfortunately he gets away but he leaves her.behind where she is taken as bait much to her dismay. When it is discovered that he fled the country Dante decides she has to work off his debt or be killed. Not given much of a choice after some fighting back she settles down and agrees. Dante cannot get her out of his mind especially when she ends of staying at his place after something happens so she will be safe. Makes for an up and down romance full of danger at every turn that they both try to fight giving is a gripping read that fans of the genre are sure to enjoy. I really liked it so I give it 4/5 stars.

I turn around and my mouth opens and closes in quick succession when I see where that voice came from. My blue eyes meet his emerald green ones and I feel a shiver of anticipation run down my spine. He was six-foot two of tanned perfection. Jet black hair, green eyes and a body to die for. Wrapped up in an all-black outfit, which made him look more polished then every man in here. There was an aura about him that had me feeling cautious, although he did not look any more threatening than anyone else in here, there was something about him. Something wickedly alluring that had me pause in deep expectation. He looks down at me coolly, his eyebrow cocking at my reaction. He knows exactly what is going through my mind. He smirks wolfishly, showing off his pearly white teeth as he take a drag of his cigarette. I watch as his eyes devour me, and I feel my cheeks flush in response.

Eleni perplexed me. She wasn't like the normal broads that I was used to meeting, that dropped their panties at me without me having to flash as much as a smile. I’d give her a couple of days of settling before she caved. I would make her beg for me; they always give into me in the end. I could do with a new plaything to amuse me for a while, the things that I would do to her would have her asking for more and more. I couldn’t wait to make her submit to me. 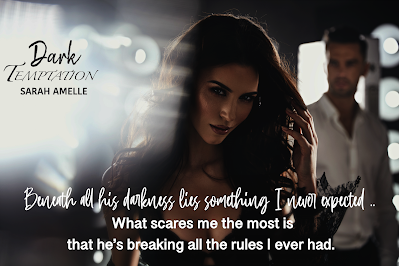 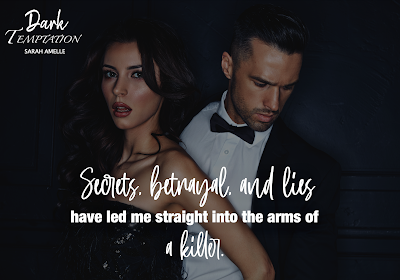 In between being a dreamer and procrastinator Sarah Amelle lives and breathes reading and writing, if she isn’t thinking about her next dramatic cliff hanger she is probably reading her favourite dark romance stories.

Sarah Amelle specialises in Mafia bad boys, especially the complicated ones with dangerous minds and even darker hearts. Her weakness is a hot alpha male and an even feistier female protagonist. After amassing almost twenty million reads across online interactive apps Sarah decided to take it to the next level with her latest book Dark Temptation part of the Dark Hearts series. 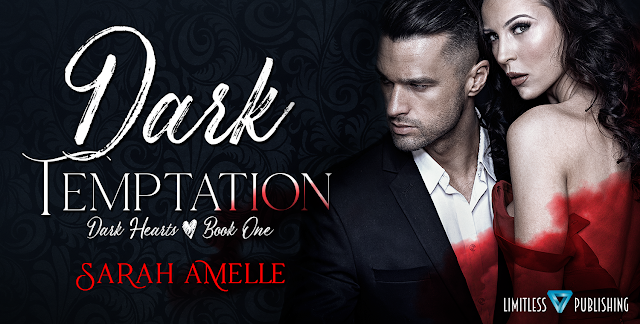