Blog Tour, Review, & Giveaway for Max and the Spice Thieves by John Peragine 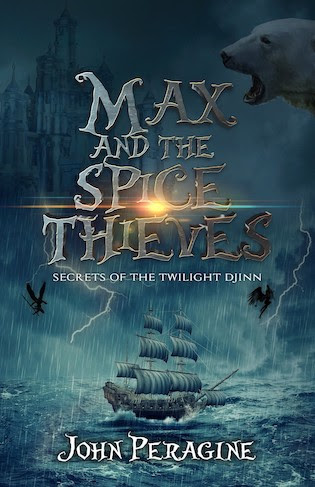 When his mother goes missing, Max Daybreaker’s world is turned upside down. Luckily, a crew of Spice Pirates, led by the mysterious Captain Cinn, help Max on his dangerous mission across the three seas.

Along the way, an unlikely alliance aids in his search—a teenage warrior queen, a three-eyed seer, and an assassin spy.

Their journey takes them through treacherous lands while facing shapeshifting bears, an ancient witch, harpies, and the nightmarish Djinn, who will stop at nothing to enslave the world.

With every new challenge, Max unlocks the secrets of his unsettling past. Powers awaken within, forcing him to question everything he knows.

Is Max who he thinks he is? Only time and destiny will tell…

REVIEW
*I received a free copy of this book which I voluntarily chose to write an honest review for.
What a fun adventure this is! We meet Max who is almost fourteen. He has led a very sheltered life due to a health condition that keeps him home and inside more then anything else. His dad foes missing with no clues to what happened to him and then his mom declares they are taking a trip on a ship with Spice Pirates only to go missing herself the morning they are set to leave. Thankfully Captain Cinn is willing to help him find her which is where the adventure begins. They travel across the seas running into danger and unlikely alliances along with plenty of surprise secrets. Makes for a fantastic adventure that readers are sure to enjoy leading to a cliff hanger ending that has you wanting more. A great start to a new series. I really liked it so I give it 4/5 stars. 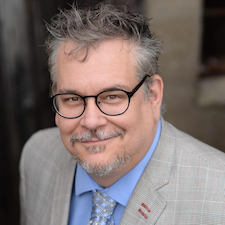 John Peragine is an author of over fourteen books. The Secrets of the Twilight Djinn series was written as a bedtime story for his son Max to cope with medical issues he was facing as a little boy. John is a full-time ghostwriter who lives with his son, wife, and a menagerie of animals on his vineyard overlooking the Mississippi River.