Being a Ghost in a Human World

Good day, kind reader. The name is Gaspar Edward Alfred Reuben Huntington. Commonly known to my people as King Reuben the Brave. The very few people that I count as friends call me Gaspar.

I was cursed many years ago by a vengeful witch. She sentenced me to forever as a non-entity. A shadow of the man I once was. A place of loneliness and emptiness. I spent many years bemoaning my fate but learned that it did me no good to exist is such a way.

In a moment of brightness, I discovered that I could bring a human into my world for short visits. It is with great joy that I am able to spend time with a charming and delightful young woman. Hayden is new to the enchanted world of Destiny Falls. She is oblivious to many of its secrets and history. I suspect that is why I am allowed her visits. The dear girl is always asking my advice, being a century old kind and ghost, as I am. You would think I could assist her. Alas, I have found that there are . . .  ghost rules, shall we call them? I cannot tell her anything that will change the past, present or future. Makes me pointless, doesn’t it?

I have learned that I can somewhat skirt around this rule by telling Hayden stories and providing her with quotes that can guide her in the direction she needs to go. It’s a joy, to find a way to make my impact on the world once again. A small, pitiful impact, sadly, but better than none.

As I do with my earthy friend Hayden, I shall do with you as well. A lesson I learned over my many years, and that has brought me to my current state of contentment. Allow me to leave you with a quote to help make your days more worthwhile.

The great author Idowu Koyenikan has said, “Never underestimate the power of thought. The mind has a powerful way of attracting things that are in harmony with it, both good and bad.” A reminder that thoughts are things, and you can enhance your own life by the thoughts that you allow to overtake your mind. Control those thoughts, and you create a happier life.

I wandered through the yard toward the pasture, drinking in the glorious view as I went. The water was calm, and several sailboats were moving by, their crisp white sails wafting in the gentle breeze. I found a unique peacefulness in the sounds of seagulls above the waves. They reminded me of playing on the beach when I was a child. A much simpler time in my life, to be sure.

The area around me began to waver and fade. It caught me off guard and I felt a rush of joy: my ghostly friend Gaspar was nearby!

I looked around for the telltale sign of an orange camping tent. Sure enough, I spotted a splash of color in the bushes behind the large tree. I wandered closer, and soon the sound of waves was replaced by the whoosh of a waterfall. The seagulls left and I heard forest songbirds. Then I saw Gaspar fishing in the stream. The two familiar ultra-plush camping chairs were set up beside a startlingly formal tea service.

“Hi Gaspar!” I waved and called out to him.

He reeled in his line and put down his fishing pole.

“Take a seat, my dear. Tea is brewing. So delighted to have you stop by.”

I giggled at that. It was such a normal statement for the most abnormal situation. However, I had become accustomed to our strange but pleasant visits.

We settled into our seats and poured our tea. We drank quietly and enjoyed the peaceful setting. I knew that the world would be frozen in time until we returned, so there was no rush to our visit.

Finally, I broke the silence. “Gaspar, I know there are ghost rules, and you can’t tell me anything that will change the past, present, or future. But I’m hoping you can give me some guidance.

During the launch weeks there will be Amazon promotions running:

About Jousting and Justice 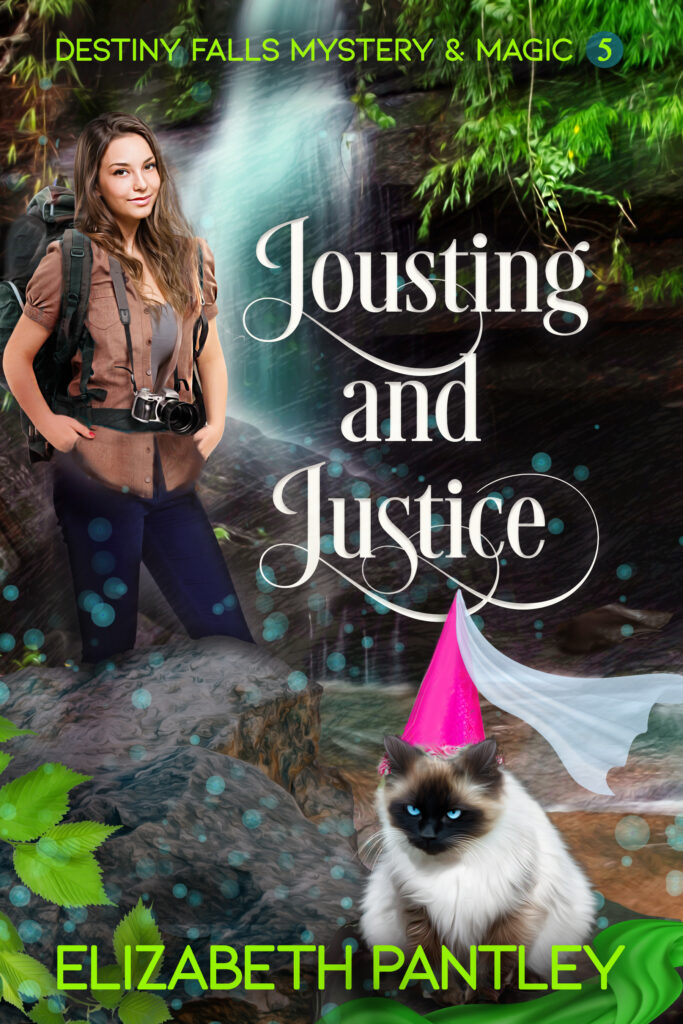 An invitation to a medieval festival. A ferry ride to a mysterious island. A scheming, inept witch. An office break-in, an unidentified body, and a string of suspects. Can Hayden, her brave, sassy cat, Latifa, and the people of Destiny Falls solve the mystery and enjoy the festival?

Jousting and Justice follows the series format of combining two stories that blend into one. A murder mystery and the island mystery.

The Island Mystery: Hayden and all her friends get an invitation to a medieval festival - but it's on "the forbidden island." It's too enticing to pass up. Of course, strange things will happen once they get there! . . . You'll also learn the truth about the witch's sister!

The Murder Mystery: A dead body shows up in the most shocking place. First, they need to figure out who this dead guy is. Then, who killed him and why. There are so many twists and turns on the way to the answers! But we know that Hayden, Latifa, and their family and friends will figure it out and justice will be served.

Hayden’s many adventures in Destiny Falls will keep you guessing with each book in this intriguing series.

REVIEW
*I received a free copy of this book which I voluntarily chose to write an honest review for.
Another fun adventure with Hayden and friends. This time the medieval fair is visiting hosted on the forbidden island of course they have to go. Things are surprising enough then a dead body pops up though they have no clue who it is at first. Let the clues begin as she tries to figure out what happened. Makes for delightfully magical read as the clues play out giving the reader plenty of surprise twist on the way to the shocking ending. I really liked it so I give it 4/5 stars. 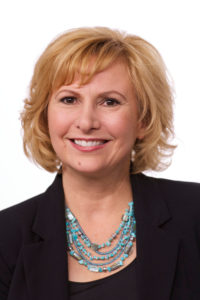 Elizabeth Pantley says that writing the Destiny Falls Mystery and Magic book series is the most fun she's ever had at work. Fans of the series say her joy is evident through the stories she tells. Elizabeth is also the internationally bestselling author of The No-Cry Sleep Solution and twelve other books for parents. Her books have been published in over twenty languages. She lives in the Pacific Northwest, the beautiful inspiration for the enchanted Destiny Falls world.