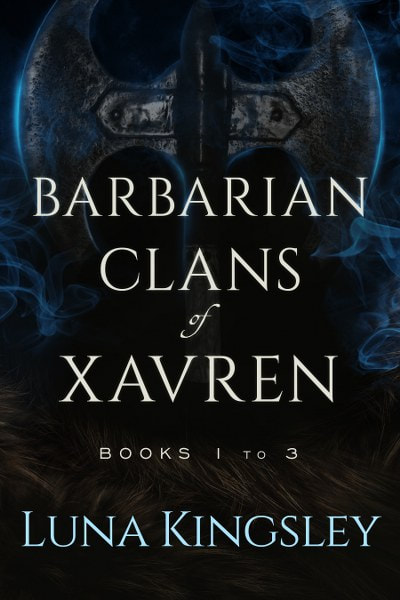 Barbarian alien warriors will be tamed by love in this thrilling steamy sci-fi romance collection!

It was my new beginning. Until they gave me to the alien barbarian.

Marion can’t believe her luck when she secures a spot on the first transport to Xavren. It’s like winning the lottery when the Intergalactic Colonist Association (ICA) pledges to provide her with everything she needs to succeed as a founding member of the human colony.

Once she sets foot on Xarven, she realizes there’s more to the bargain. The council expects something in return for their kindness.

Brotak carries the future of his clan on his broad shoulders. With no females, their people face extinction. He does the unthinkable and strikes a deal with the Xavren council. Human women in exchange for his tribe’s rich land.

The first woman is delivered, and all his doubts, plans, and good intentions are discarded in a moment. He’ll claim her, breed her and enjoy every minute of it.

He’s forbidden from claiming her.

Lana’s become good at keeping secrets until she meets the barbarian with the searching brown eyes and quiet, watchful ways. With him, she can’t hide anymore. And strangely, she doesn’t want to. She deserves a protector after everything she’s been through.

For Dhacar, there are rules that are not to be broken sent down by the council. He has his eyes on the one who is worth risking everything for. But actions have consequences in this unforgiving place.

The barbarian is the only one who can save her.

Vrihith will do whatever he needs to do to protect his clan. He’ll put his life on the line and take on any mission—including chasing down a feisty human. Diana doesn’t listen and her choices could mean disaster for the clan and the fragile peace they cling to. So when she sneaks off to the city, he follows her for her own safety as well as the clans.

He should hate her for the trouble she causes but her fire awakens the savage inside of him. Will he be able to break down her walls when he decides he wants to claim her as his own?

This binge-ready collection contains three full-length sci-fi romance stories each with brand new material not found in previous editions. Each book has no cliffhanger, no cheating, and a happily ever after guaranteed!

**In celebration of Brutal Alien's release, ** 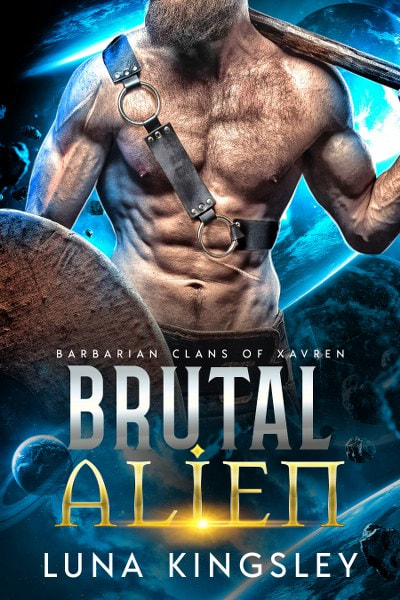 I hate everyone but her.

It has been a year since the second transport of humans arrived and trust is in short supply. They keep to the settlement, determined to create their own community without the untrustworthy aliens who got them into this mess. All of them except for Ellen. She breaks the rules for me—sneaking out to hunt together, riding our komoth and even hiding away in secret caves where she lets me touch her secret places.

I want her but no one knows what we get up to when we’re alone. If we were discovered, it could ruin the fragile peace between our kind.

I’ve always been a people pleaser and that personality trait extends to Xavren. The barbarians are my friends but so are the humans. They rely on me. They count on my leadership. If I mated with a barbarian, they would see it as the ultimate betrayal to what we’ve accomplished and what we’re striving toward.

Zuvath has taught me how to survive here. Always the brooding grump, he’s different with me—correcting my bow form when we hunt, watching me closer than he needs to, saving the best pieces of meat for me. Somehow he’s become more important to me than anyone else…and I can’t tell a soul about it.

When we stumble on a foolish plan by the humans, we’ll use our strong bond to try to prevent disaster.

Brutal alien is book four in the Barbarians of Xavren Series. It is a steamy sci-fi romance, no cheating, no cliffhanger, HEA guaranteed! It can be read as a standalone.

Luna Kingsley writes steamy sci-fi and paranormal romance. She lives for happy endings, a high level of steam mixed with a little bit of sweet. When she’s not writing she’s attempting to keep up with her two active boys on all their adventures. With her faithful rescue dogs at her side, she’s dreaming up "out of this world" romances with irresistible sexy aliens.