It won’t take you long to learn that I’m a travel vlogger. I’ve spent the past fifteen years living out of a suitcase as I’ve explored the world, and I wouldn’t trade a day of it. The one thing I always keep in my suitcase is a bag of coffee beans. That’s right, I’m a coffee snob.

While I love coffee, and ice cream has become one of my favorite treats, I can’t stand coffee-flavored ice cream.

Meeting and collaborating with Rebecca was never what either of us had planned. She was planning on telling someone else’s story, and I was fine with that, until I realized there were certain people I’d never get to meet if she didn’t give me the time of day. It took some work, but I finally convinced her I was the best person to tell the story. It made sense for her to work with me, since I was heading back to the area after so many years.

Rebecca isn’t what I expected an author to be. Sure, she has an office to work in, but she wrote most of The Yarn That Binds in weird places: sprawled on the couch, in the car, sitting in the hallway outside a class her daughter’s taking. The biggest surprise was that she doesn’t drink coffee. I thought everyone liked coffee.

My life has been a huge adventure, and I’ve always documented it. When I was young, that meant a journal. When I grew up I recorded videos, for myself at first, then to introduce people to all the places I visited. When I came back to Clear Creek, things took a turn toward crazy, and isn’t that the sort of thing people want to read?

There are so many people in Clear Creek that I’ve missed while I’ve traveled, and getting to know them again is high on my list. One person I hadn’t thought about in years is the person I end up staying with. There’s more to Brandon than I remembered.

Oh, I try not to make snap judgments, and I don’t want to influence you before you have a chance to get to know them yourself.

There’s a lot more going on in Clear Creek than I expected, so I’ll probably be here until things are settled. My vlog has taken a bit of a hit with viewership, so sticking around might give me a good chance to figure it out.

About The Yarn That Binds 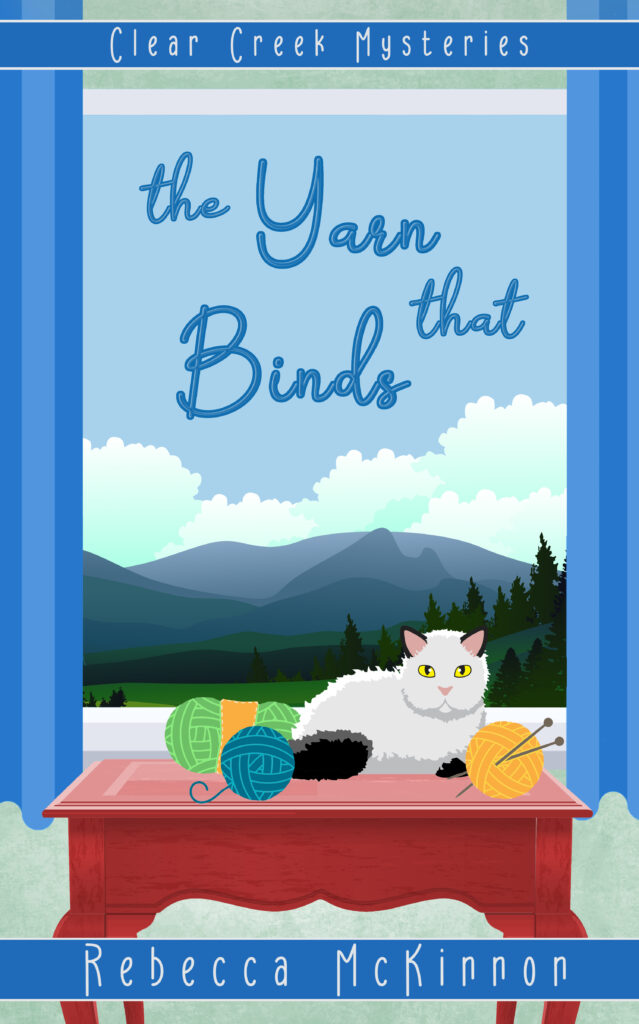 Jemma hasn’t been to the tiny Rocky Mountain town of Clear Creek in years, but when her grandmother tells her something strange is going on, Jemma drops everything to return and help untangle the clues.

She arrives to flashing lights, a house full of police, and the news that her grandmother has been killed with her own yarn. After learning she inherits everything, Jemma is faced with the choice of casting on a new life by reopening her grandmother’s yarn shop, or returning to her live-out-of-a-suitcase life as a travel vlogger.

One thing’s for sure — she’s not leaving town until the mystery of her grandmother’s death has unraveled. But when the deputy in charge of the investigation ignores clues Jemma stumbles upon, she decides to do her own poking around. Because her grandmother was right — there is something strange happening in Clear Creek.

REVIEW
*I received a free copy of this book which I voluntarily chose to write an honest review for.
This book is so much fun! We meet Jemma just as she arrives from Africa to visit with her grandmother that asked her to come. Upon arrival she is greeted with the house surrounded by emergency personal along with law enforcement. This makes for quite the scene as she discovers that grandma is dead leaving her everything. She owned an adorable yarn shop full of treasures which Kora has to decide if she will run it or some other option. Before she can do that though she has to figure out what happened because something hinky is definitely going on in town. This makes for a fun read as the mystery plays out. Kora is fun character to follow and I may not be a knitter or anything but that aspect of the story was full of charm making the reader feel right at home. I especially loved all of the intriguing tidbits about the special yarns with their unique origins. A must read for cozy fans and those that just love yarn. I totally loved it so I give it 5/5 stars. 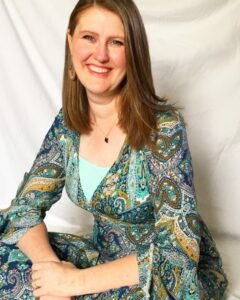 Rebecca McKinnon enjoys playing with her imaginary friends and introducing them to others through her writing. She dreams of living in the middle of nowhere but has been unable to find an acceptable location that wouldn’t require crossing an ocean.