Hi, nice to be here! I’m a high school guidance counselor and have been for almost four years. I love helping students navigate through the multitude of educational prospects available to them. Unfortunately, I’ve lost my job due to budget cuts. I’m looking for work in my field, but nothing’s come up. I’m taking temp contracts and hoping something comes my way that will keep me longer than six weeks.

Growing up with three brothers, I learned to play a lot of different sports. I’ve played baseball, soccer, golf, and I did a lot of figure skating when I was younger. I’ve just joined a women’s recreational hockey league in Bayview City, and I love it! We’re a fun league, but we play hard.

She showed up one day and said, “Your life is going to change.” And it did!

I really wish she’d let me get back to working with students. But apparently that’s not  going to happen for some time. She’s kinda strict about making sure I’m working temp jobs. Something about keeping it fresh.

I think my author wants people to realize that family and friends are important in life. And that we’re a lot stronger than we think. I’ve had some tough things happen to me, but my author keeps reminding me I can handle it and to lean on my family and friends when I need them.

That’s an easy answer, my best friend Emily Connors. She’s been my best bud since we were four and has been by my side in all my adventures and mishaps. She’s my voice of reason when I think of doing something that might not be the best thing to do.

Hmm, probably Sean Jamieson. He’s the host of the cooking reality show I’m working on. He seems to think he’s every woman’s ideal man. Hello, he’s not my ideal man!

Well, first I have to finish my contract with Bayview Cooks! Then, apparently, my author has me working at Bayview City University in the research department. I get to work with new people and maybe put some of my research skills to use. But that doesn’t happen until after Christmas. Life isn’t boring, that’s for certain.

About Death on the Set 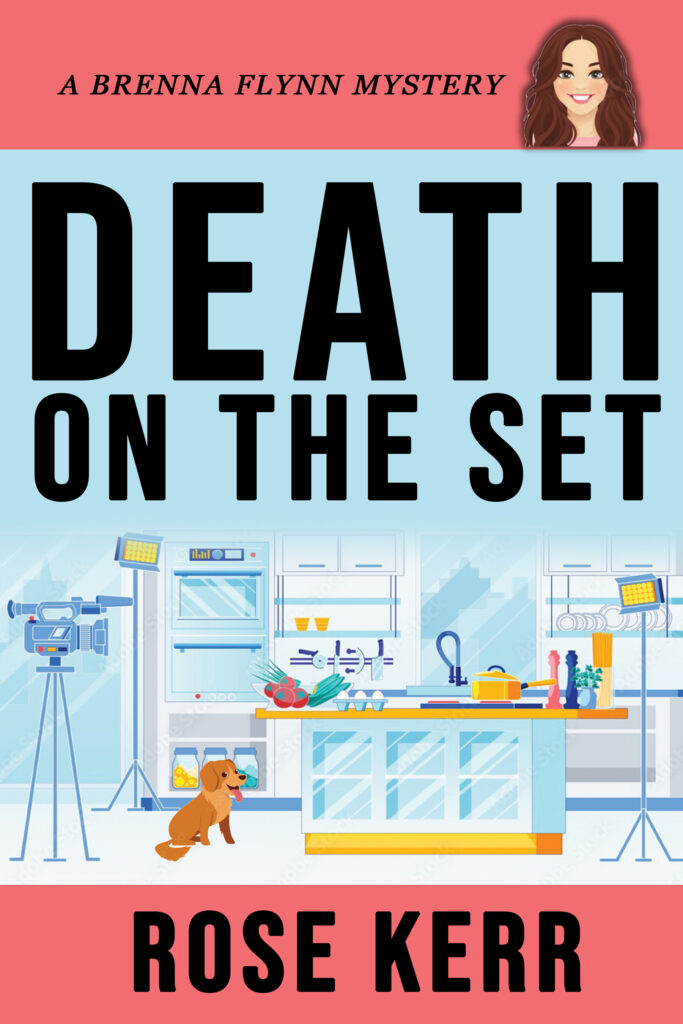 Death on the Set (A Brenna Flynn Mystery)

Brenna Flynn, returns home to Bayview City after the sudden death of her husband. Unable to find work in her field, she signs up with a temp agency to find employment. Sent on an interview for a cooking reality show, she aces it and gets the job of a production assistant.

On her second day at work, Brenna discovers a body in the studio. She soon learns she's the police's primary suspect. Determined to clear her name, she uses some skills she's honed as a guidance counselor to learn more about the victim. Drawing people out comes naturally to Brenna, and she becomes a confidante to cast and crew on the show.

The stakes are raised with threatening notes, poisonings, and blackmail. Can Brenna uncover who the killer is before someone else dies?

REVIEW
*I received a free copy of this book which I voluntarily chose to write an honest review for.
This is a fun start to a new cozy series. We meet Brenna a former school counselor who is looking for new employment so she accepts a six week assignment for a reality cooking show. This is not her strong point but as an assistant it should be fine. That would have been a great attitude to use but one day two she finds a dead body on set making her the number one suspect. This shocks her into using her skill set to save her name leading to quite the fun read as the clues play out keeping you guessing fairly well. Sure to be enjoyed by fans of the genre or even those looking to give it a chance. I really liked it so I give it 4/5 stars. 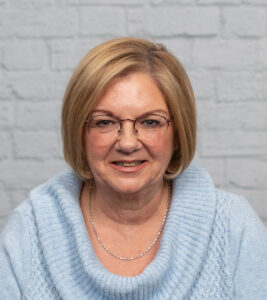 Rose Kerr grew up in a small community in Nova Scotia. A graduate of Acadia University’s Bachelor of Arts Degree, Recreation and Physical Education, Rose worked for several organizations: Nova Scotia Figure Skating Association, Synchro Swim Nova Scotia, Northern Options for Women, and Contact North|Contact Nord. She traveled from Newfoundland to British Columbia and most provinces in between for work.

Rose and her husband settled in a small town, on the shores of Lake Superior in Northern Ontario to raise their family. A strong believer in lifelong learning, Rose took creative writing courses and began writing mysteries. More recently, Rose, her husband, and their dog Jake have moved to Southern Ontario. When she isn’t writing, Rose and her husband enjoy exploring the new region.