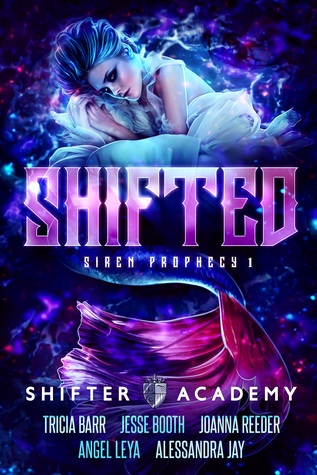 Rule #1: Never go out after dark.
Rule #2: Never go into large bodies of water.
Rule #3: Stay off of social media.
Myreen always knew her mom held some deep dark secret; the rules, the moving, the years of unanswered questions. But she didn’t think breaking one rule, just once, would lead to the death of her mother. And she never expected to find out that she was a mermaid shifter, or that her mother was killed by vampires.
Whisked away in the middle of the night for her own safety, Myreen finds herself in a secret school for shifters. But starting over in a new school in the middle of the year–even if it is for the millionth time–is never easy. With rumors swirling, mean girls circling, and two incredibly attractive guys tugging her in separate directions, Myreen just wants to get through the school year without having a meltdown in front of everyone.
She’s learning so much, but for every question answered, a new one bubbles up. Myreen will need to untangle the web of secrets surrounding her if she ever wants to find out why her mother was murdered. As she dives deeper into the mystery, she discovers a truth about herself that no one saw coming, and it will change the fate of the shifter world forever. 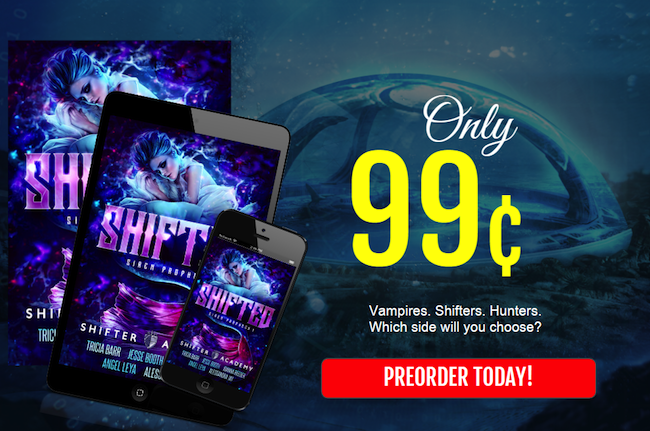 —
Everyone who preorders on Amazon will get a free Shifter Academy novella bundle (stories you can’t get anywhere else!).
Everyone who preorders on iBooks, Nook and Kobo will get a Shifter Academy Swag Pack mailed to them (including a bookmark, sticker, button and personalized acceptance letter to the school).
PLUS! One in every ten who preorders anywhere will win a Shifter Academy Coloring Book, and one in every twenty will win a signed paperback of Shifted before it releases January 8! To claim your prize, you must email a screenshot of your purchase to shifteracademy@yahoo.com!
—
FREE novella download: https://dl.bookfunnel.com/vd6m17lqqh 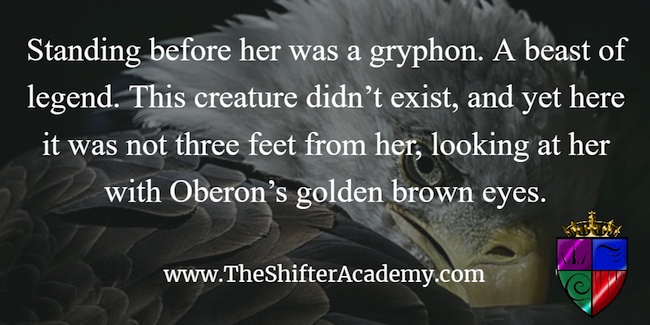