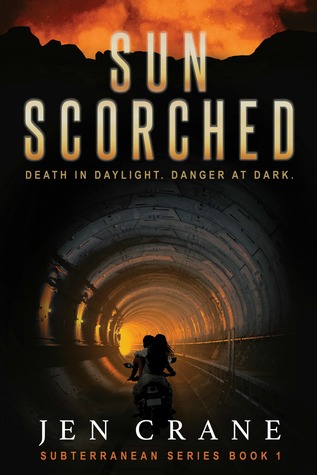 
Death at daylight. Danger at dark.
Life can’t possibly get more treacherous than a violent sun allergy in a solar-blighted world. At least that’s what seventeen-year-old Nori Chisholm thought before news of an impending sunscorch delivered her death sentence.
Desperate to survive the scorch, she’s forced to shelter underground and discovers a secret subterranean world where life is hard, and so are the people. Betrayed and left for dead by the man who pledged to help her, Nori is sold to a gritty pit fighting ring. There she makes a friend—and plenty of enemies.
Speeding by motorcycle through the underground world, Nori makes a shocking discovery that shatters everything she thought she knew. Can she use the knowledge to save what’s left of the world?
Winner of the Rosemary Award for excellence in young adult fiction, Sunscorched is a tale of survival and self-discovery at breakneck speed. Fans of Bella Forrest and Marie Lu, who crave dangerous heroes and dark secrets, will love the Sunscorched world. 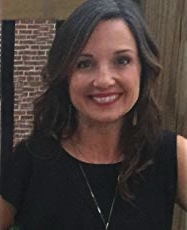 
Though she grew up on a working cattle ranch, it's fantasy and sci-fi that shine Jen Crane's saddle. Her latest novel, Sunscorched, received a Rosemary Award for excellence in young adult fiction.
Jen has a master's degree and solid work histories in government and non-profit administration. But just in the nick of time she pronounced life *too real* for nonfiction. She lives in The South and creates endearing characters and alternate realms filled with adventure, magic, and love.
Book 2 in Jen's fantasy romance series, Descended of Dragons, was selected by iTunes/iBooks as "Our Pick" in fantasy/sci-fi.
**Sign up for Jen's newsletter to get release updates and freebies: bit.ly/Jen_Crane_Newsletter**