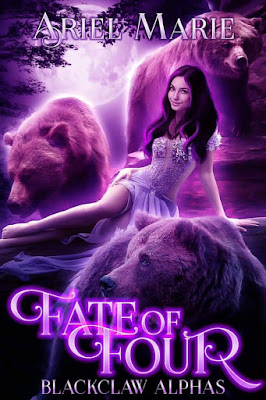 One powerful witch. Three alpha bears determined to possess her. They would do anything to protect her--even if it means war.
Keeva Vixen was a witch who had been promised to another against her will. Running away from a life she didn't want, she ended up in the sleepy bear town of Blackclaw. Everything she knew about soul mates flew out the door the minute she laid her eyes on the three hunky alphas.
Their bears were drawn to the honeysuckle scent of the new witch in town. Her wide eyes, plump lips, and luscious curves were for them and only them. She belonged to them, and they would claim her. Fate had driven her to Blackclaw, and they would do anything to protect her.
Keeva would have to face her past to have a future. With her three mates at her side, will they be able to defeat the enemy?
Fate of Four is the first book in the Blackclaw Alpha series, a reverse harem paranormal romance. If you love powerful witches and strong bear shifters, then dive right into this steamy series now!

Keeva is one awesome witch/woman I must say! We meet her as she is being kept prisoner by an alpha wolf with severe issues that make you want to punch him in the face. When he declares they will be mated she plots her escape with a slight bit of help which comes in handy until she finds herself stranded in the middle of nowhere with the town of Blackclaw being the closest. Thankfully fate is guiding her steps as she meets the three alpha bears that run things learning they are her mates. The problem is that the man she ran from refuses to give her up putting them all in danger. Fantastic world building full of detailed characters that will stir both love and hate in turn as all the secrets are revealed. Full of magic, danger, and steam making for a great read. I really liked it so I give it 4/5 stars. 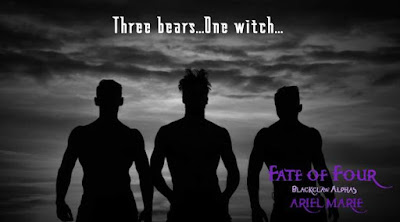 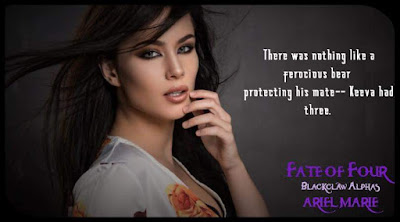 Ariel Marie is an author who loves the paranormal, action and hot steamy romance. She combines all three in each and every one of her stories. For as long as she can remember, she has loved vampires, shifters and every creature you can think of. This even rolls over into her favorite movies! She love a good action packed thriller! Throw a touch of the supernatural world in it and she’s hooked!
She grew up in Cleveland, Ohio where she currently resides with her husband and three beautiful children.