Today Lynn Veevers and Rockstar Book Tours are revealing the cover and an exclusive content for EDEN’S ECHO, her new Own Voices YA Romantic Suspense Book which releases May 15, 2020! Check out the awesome cover and enter the giveaway! 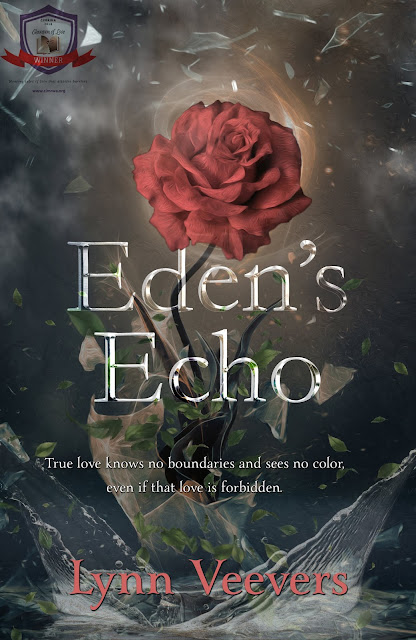 True love knows no boundaries, it sees no color, even if that love is forbidden. Believing that got Eden’s mom, Echo killed at the age of sixteen, and the identity of Eden’s father was one of many secrets she took to the grave. Instead of moving on, Echo’s soul moved in. With her mother’s presence in her body, Eden can feel Echo’s emotions and hear her thoughts. When Eden tells, pseudo father, Uncle Daryl, about the voice in her head, it takes her down a road that leads to a diagnosis of multiple personalities. Now at seventeen, Eden has a secret love affair of her own with Drew. If Uncle Daryl ever found out the consequences would rip them apart, but that’s the least of Eden’s problems. As new clues surface surrounding her father’s identity, Eden finds herself on a dangerous path that could answer her paternity questions and the mysteries of her mother’s death, but at what cost? Eden can feel the weight of the secrets Echo keeps from her—secrets that have Echo’s killer returning after seventeen years with a mind to make history repeat itself.

“You’re too far away,” he said, pulling at the sleeve of my baseball tee a little harder.

Heat rose in my cheeks, and a ball of fuzzy flutter overtook my stomach. I wiggled across the windshield and ended up exactly where I wanted to be—comfortably settled in his arms. Dad was determined to make sure I kept my virginity intact until I was married, by all means necessary. The temptation that was Drew might very well make him fail. With all my physical reactions to his nearness and the presence of my overbearing morals, it made me question my affections and urges. Were they the real deal? What if they were simply Wonderlust, yet another doubt good ol’ Dad had drilled in my head when I was barely starting to look like a woman instead of a young girl. He’d said, “Any feelings you think are love before you turn twenty-one aren’t really love. They’re just lust.” I reined in the lustful, curiosity, and the feeling of shame that quickly followed.

If Dad could hear my thoughts, I’d definitely be a goner. The thought trotted through my mind, and I mentally shivered over the possibility.

But he can’t, and I won’t say anything if you decide to bend his little rule. What’s life without a little rebellion?

I inwardly rolled my eyes and directed my thoughts toward the same place.

Echo, even if you wanted him to, he wouldn’t hear you, because only I can, remember? You exist only in my head. Besides, the reason Dad is so strict is because of what happened to you. He is terrified your history will repeat itself with me. Talk about living in someone else’s shadow. You and I are nothing alike.

At that, I laughed mockingly within the confines of my head. Unlike you, Echo, I’m responsible and think things through. You didn’t then and still don’t.

I am too responsible, Echo whined, and I do think things through. You wouldn’t be here with this boy right now if I hadn’t.

Oh, you did, the resentment I felt toward her rolled through me, sweeping any tact I may have used with her swiftly away, then why are you dead, Echo?

My challenge was met with silence—I sensed her withdraw into the deeper recesses of my mind and instantly felt guilty, something I knew she felt too because of how our emotions were tethered and intertwined. 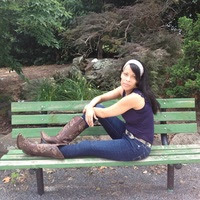 Lynn Veevers is originally from Washington State. An award winning author she is both traditionally and self published. With her mother being from Christchurch, New Zealand and her father being a well-traveled retired Navy Chief, Lynn has always had a fascination with different cultures around the world. An avid reader, she prefers books that take her to a place she's never been and teach her something new at the same time. The Young Adult Genre is her absolute favorite to read, so it comes as no surprise that it is also her favorite to write. Lynn, on average, pens two to three novels a year.
Aside from being an author, Lynn is also an award winning graphic designer, and an editor. You can see this side of her here:
https://www.storiedgraphics.com/

Today Lynn lives with her husband and kids in Southeast Oklahoma. Her young adult and adolescent children are supportive and avid beta readers of her work and give her a straightforward and honest point of view about how authentic her characters voices and personalities are for their age group. What better reference than someone close to the same age as the main character. Her kids always have and always will be her greatest inspiration.

Show proof of purchase (eBook or paperback) and be entered to win a signed personalized copy of EDEN’S ECHO!

One lucky winner will receive a $10 Amazon gift card, International.