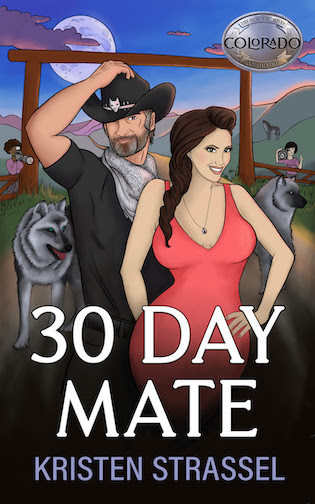 
When this alpha is threatened with losing his pack’s land, he turns to a reality show to find the one thing he needs to save it—a mate.
Saint doesn’t want trouble, but this cowboy is about to lose the ranch and fortune he’s worked so hard for. He refuses to let his pack legacy die, but without a mate, the land treaty becomes null and void.
Gretta is the last person his wolf should choose to fill that role. She’s been making trouble look good on the internet for years. But when her façade is exposed, Saint can help her repair her reputation as a country girl. All she has to do is commit to this wolf forever. That is, if she’s actually cut out for the life he’s offering her.
But controversy follows Gretta everywhere, including Colorado Ranch. Will her past steal his future? This time, the legacy of an entire pack is on the line…
Join The Real Werewives for this fun and STEAMY season on Colorado Ranch and follow each couple as they find true love after forty.

Goodreads / Amazon
—
EXCERPT:
“Stephanie has videos of women who want to meet us.” Levi broke the tension with his reminder. “Don’t know about you, but even if this all goes to shit, it would be nice to wake up with a gorgeous woman in my bed.”
A few grumbles of agreement, and order was restored.
Stephanie handed us all notebooks. “We’ve never done this any other season, and I want to make sure we stay respectful to our Werewives. They’re brave to uproot their lives and take a chance on a bunch of unknown wolves who needed them a hell of a lot more than the ladies need the pack. As you watch each audition write down your thoughts. Would you like to get to know her? It’s okay if you don’t see a mate connection right away. Like I’ve said, this is a totally new way of doing things, and we’re just gauging interest. We want to make the best possible matches. I’m the only one who will ever see these notes.”
Tension filled the room as all the guys got more serious than I’d ever seen them. They might have busted my balls about my methods, but there was no doubt how badly they wanted this to work.
“What if we know one of them is our mate?” Sterling asked.
“Write it down, and I’ll prioritize filming your episode.” Stephanie’s finger hovered over the keyboard. “Ready?”
This moment would change the course of our pack. “So ready.”
“These videos are short introductions. The ladies will tell you a little about themselves, and why they think they have what it takes to be a Real Werewife. If you have any questions for her after watching her video, write those down too.”
She hit play.
Silence filled the room before the video started. A pretty woman appeared on the screen, telling us a little about her life and how she saw it as an adventure. The guys stared at the screen, looking for a sign she was the one.
Stephanie paused the video. “Would you rather I stop after each one so you can write your notes that way?”
“Yeah. I don’t want to miss anything,” Austin said.
My stomach filled with dread, and my wolf grew restless inside me as we watched the videos. After each woman’s name, I put a question mark. Maybe. No one struck me as the one, and I glanced over at the guys, wondering if they had the same feeling I did.
But my wolf pushed doubt aside when the next woman appeared on the screen. She was beautiful, with long dark shiny hair and green eyes that made me do a double take. Was she a shifter? No matter who she was, she was wild.
“Hi. My name is Gretta Goodson and I have a confession to make.”
“Her.” I broke Stephanie’s rule, but my wolf was feeling a whole bunch of unfamiliar things and he was twisting inside me, desperate to make himself heard. “Get her here. Now.”
“Don’t you want to hear her confession?” Mason asked. “I’ve got to admit, I’m curious as hell.”
“Don’t need to,” I growled. My wolf had already told me everything I needed to know about Gretta Goodson.
Mate. 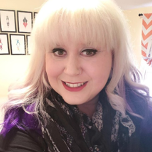 
Kristen Strassel writes fun and sexy paranormal and contemporary romance. If you love rumbly alphas with a cinnamon roll center and heroines who are starting over, you’ve come to the right place.
Her first book came to her in a dream, and she moved to Las Vegas to make it a reality. Now back in Boston, she can usually be found on her hot pink couch writing her next novel, but her suitcase is always ready for her next adventure.