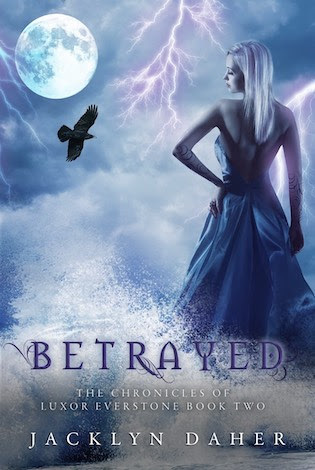 With the revelation Luxor Everstone is the daughter of the Prince of Darkness, an entirely new door fraught with danger is opened. As Cane is lying in wait, Luxor is forced to have constant protection, leaving her suffocated.

When new help arrives in the form of a witch, and a mysterious and dreamy boy who seems to soothe her more than anyone else can, she doesn’t hesitate to invite them into her life despite her growing affection for Hunter.

As fresh dangers loom on the horizon, she begins to unravel different details about her past, while greater powers are introduced, and the others continue to evolve. Conflicted between the pull toward her darkness and her desire to be good, Luxor juggles the priorities—and her opinionated guardians—while trying to find some semblance of balance.

When the darkness returns to claim her completely, can she trust herself to make the right choice?

Luxor inhaled the crisp fresh air, the potent aroma of pine, and the thick smell of nectar. O Theós eísai ómorfi, she mumbled, a smile creeping up on her face. Everything was blanketed in darkness, but she continued to breath in nature as if it was her lifeline.

The forest came closer, overwhelmingly her senses. “Wake up.” A warm hand touched her face in the darkness, it’s spark jolting her.

Luxor flinched, her eyes snapping open, the darkness giving way to the last person she’d expected to see. Dressed in a hoodie covering his head, he sat on the edge of the bed by her side.

The room came into view; it was different than the last one. This one was a padded enclosure; walls and ceiling, the only thing that wasn’t was a metallic door, with a sliding opening.

“Hey, how are you?” His toffee eyes, usually full of life and effervescent, were a murky brown, matching his hoarse voice.

“What are yo—? How do you kno—?” Luxor struggled to form sentences. Her head pounded, as if skewers dug into her temples.

“I’m staging a loony bin break out,” he stated nonchalantly, his gaze fixated on the door. “I’m sure you’re capable, but it appears you’re all tied up at the moment.”

“How did… I don’t understand.”

Keys jangled at the door, and Luxor froze, expecting to be drugged, or gassed again. Still restrained, she wiggled her fingers. Hunter reached out, his fingers entwined with hers, and she winced. A burn struck her side and she bit the inside of her cheek to stop herself from yelping. Luxor leaned her head against his back, concentrating on her breathing. Instead of a nurse, a familiar lanky boy also in a hoodie stomped in.

“Castor, what took you so long?” Hunter moved forward, giving his brother a bro hug followed by a fist pump.

“How are we going to do this?” Castor said.

Before they could decide on a form of action, the door swung open, and sure enough a stocky woman, with oily slicked black hair and white uniform entered.

“What the hell are you doing in here? This is a restricted area,” she growled, waggling her fingers. 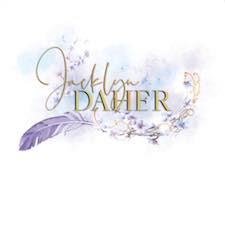 A mother of two boys, I’m a self confessed nerd who loves to write dark and twisted characters in modern settings. You could find feisty MC’s and bad boys with filthy mouths. Doesn’t mean I don’t love to read or write saucy romances too!