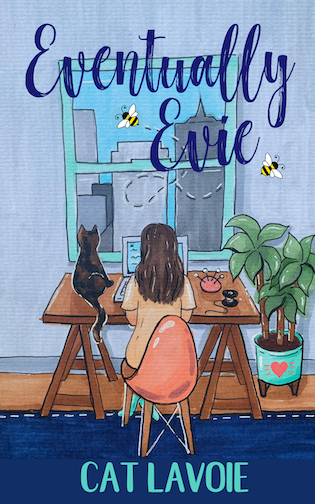 How are you supposed to get your life back on track when the Universe won’t stop messing with you?

After a series of personal and professional setbacks, interior designer Evie Glass has lost faith in herself and the world. The last thing she needs is her loud, boisterous family poking their noses in her business, so that’s why she avoids opening up about anything—especially her love life—during their weekly dinners. Thankfully, her bestie and next-door neighbor, Matilda, always has her back.

When Evie is asked to cat-sit Matilda’s beloved rescue, she’s not thrilled at the prospect. One well-meaning mistake later and a distraught Evie is rushing her furry charge to the ER where she meets and is instantly smitten with Fletcher West, a charming veterinarian who seems to return her interest. That is until they both realize they’ve met before—ten years ago when he was dating her temperamental cousin. Fletch’s break-up with Bee put him at the top of her family’s hit list and makes him the last person Evie should be dating.

In addition to navigating a secret romance with Fletch, Evie must also deal with a demanding new job, an eccentric client from her former life, and an ex who’s suddenly blowing up her phone. She convinces herself she’s got it all under control, but what happens when things start falling apart and Evie learns she’s not the only one keeping secrets?

One thing’s for sure…

Eventually Evie’s got to take a chance—on love, on life, and on herself. 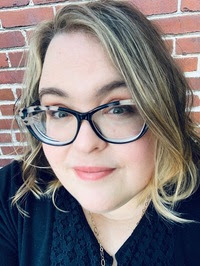 Cat Lavoie is a chick lit writer from Montreal, Canada.
She loves writing fun and quirky romantic comedies and is the author of BREAKING THE RULES, ZOEY & THE MOMENT OF ZEN, PERI IN PROGRESS and MESSING WITH MATILDA.

A fan of all things feline, Cat loves cats and hopes to someday have a house full of them in order to officially become a crazy cat lady. (But one or two cats will do for now.)

If she isn't reading or writing, Cat enjoys listening to podcasts (mostly comedy and true crime) and watching way too much TV. She fell in love with London many years ago and hopes to go back one day. Cat is currently at work on her next novel.