Book Blitz & Giveaway for GOLD by Maureen A. Miller 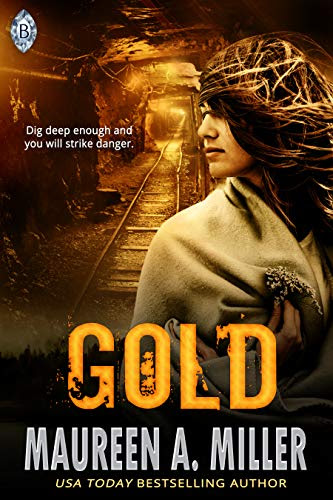 Dig deep enough and you will strike danger.

It was the middle of January in Southeastern Alaska. Sara Eckert anticipated at least another two months of vacancy in her remote bed & breakfast. Until he showed up. A man not interested in hiking, fishing, or hunting. So, why was he there?

Two miners have gone missing. Their disappearance has been ruled accidental. To the firm that sent them to Alaska, that answer is unacceptable. Luke Reis has been dispatched to learn more. Gaining access to the remote wilderness isn’t so simple, though. He’ll have to enlist the owner of the Marmot Hideaway to help get him started.

As Luke and Sara dig deeper into the disappearance of the miners, they edge closer to passion. But the abandoned network of underground mines may stake the ultimate claim…their lives.

This is a standalone romantic suspense included a series with a similar theme.

It was early. Only hearty fishermen were out and about on the dock right now. The rain tapered to a fine haze, and the fog receded enough to network through the spruce treetops like God had spilled a bottle of cotton balls down the mountain.

Retreating into the cabin, she grabbed the thermal mug of coffee and took a lukewarm sip. Between the groan of the Tub against the pier, and the gentle slosh of the tide slapping its hull, she was lulled into mental hibernation.

Until she saw him.

This man stalking down the gangway—eating each plank with determined strides. This man dressed in black jeans and a black leather jacket. Leather? Seriously? This man with diamonds of moisture clinging to short black hair. This man with a simple duffle bag hiked over his shoulder and a chiseled jawline grinding with purpose.

Either he was in far more need of a vacation than he could ever imagine, or he was restless.

That was the impression that came to mind.

From a distance it was easy to regard the dark hair and tan complexion as that of a native. Tlingit, maybe. But as he approached, the characteristics leaned another way. Long face, long thin eyes. Dark and intense. Even from this span, the traits tended towards Latin.

Whether or not he belonged—here he was—standing at the pylon the MH Tub was anchored to. No indecision. No bending at the knee to read the name of the boat. No perusal of the vessels around hers.

There was a tenacious focus to this man.

Sara set her mug back into its cradle, noticing that her hand shook slightly. She stepped out of the warm cabin with a broad smile and inflated enthusiasm. 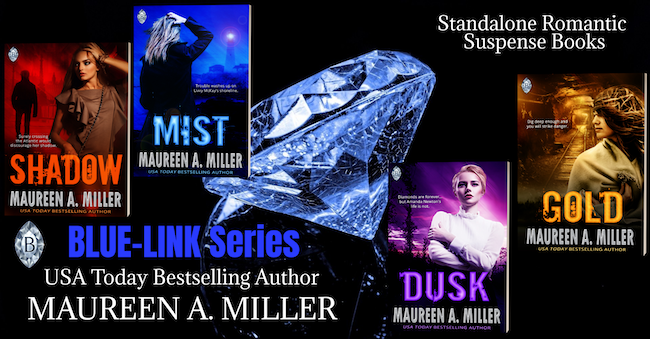 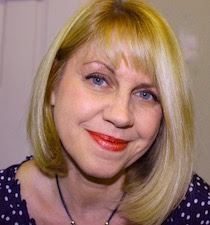 USA TODAY bestselling author, Maureen A. Miller worked in the software industry for fifteen years. She crawled around plant floors in a hard hat and safety glasses hooking up computers to behemoth manufacturing machines. The job required extensive travel. The best form of escapism during those lengthy airport layovers became writing.

Maureen's first novel, WIDOW'S TALE, earned her a Golden Heart nomination in Romantic Suspense. After that she became hooked to the genre. In fact, she was so hooked she is the founder of the JUST ROMANTIC SUSPENSE website.

Recently, Maureen branched out into the Young Adult Science Fiction market with the popular BEYOND Series. To her it was still Romantic Suspense...just on another planet!

Find more about Maureen at www.maureenamiller.com