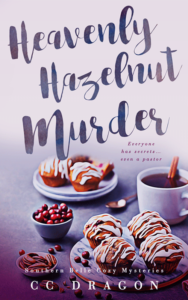 Everyone has secrets…even a pastor. Life had been back to normal in Sweet Grove, with smoothie sales up and murders down to zero. With Gran’s shop doing well, Belle helps her best friend by tending bar at the Honey Buckle whenever needed. Belle tries her best to like Pastor Luke, who she’s been dating for the last few weeks, but when she finds out he’s been less than genuine, things end badly. Their break-up is epic gossip all around the small town. When the pastor turns up dead, people rush to suspect her. Apparently, their fight about her spending so much time in a bar was overheard. Belle knows she didn’t do it, but who would kill a pastor? Who else would have a motive? With the handsome but romantically complicated sheriff asking her a lot of questions, Belle decides she needs to get to the bottom of it ASAP. This had better be the last murder in Sweet Grove, or Belle’s amateur sleuthing might become a habit… Reader advisory: This book contains references to parental abandonment, off-page murder and brief references to domestic abuse and infidelity.

REVIEW
*I received a free copy of this book which I voluntarily chose to write an honest review for.
Belle is a fantastic amateur sleuth. We start with her helping her friend Katie at her bar which she does on top of running a business with her Gran as well as other mini endeavors to help those she cares about. Luke the pastor she is recently seeing has some issues with this which comes out at the beginning of a dinner date. Their wide differences come out quickly and his antiquated views of woman make it quite clear that they are not compatible. A public scene follows as they call it quits. No one in their small town is too surprised when they don't see him the next day but by day two he is missed making it necessary for the sheriff to check on him. All are surprised when he is found dead making Belle a suspect. After success with helping the sheriff in a previous investigation they team up again discovering all sorts of surprising secrets. This makes for a fun read that cozy fans are sure to enjoy. I really liked it so I give it 4/5 stars. 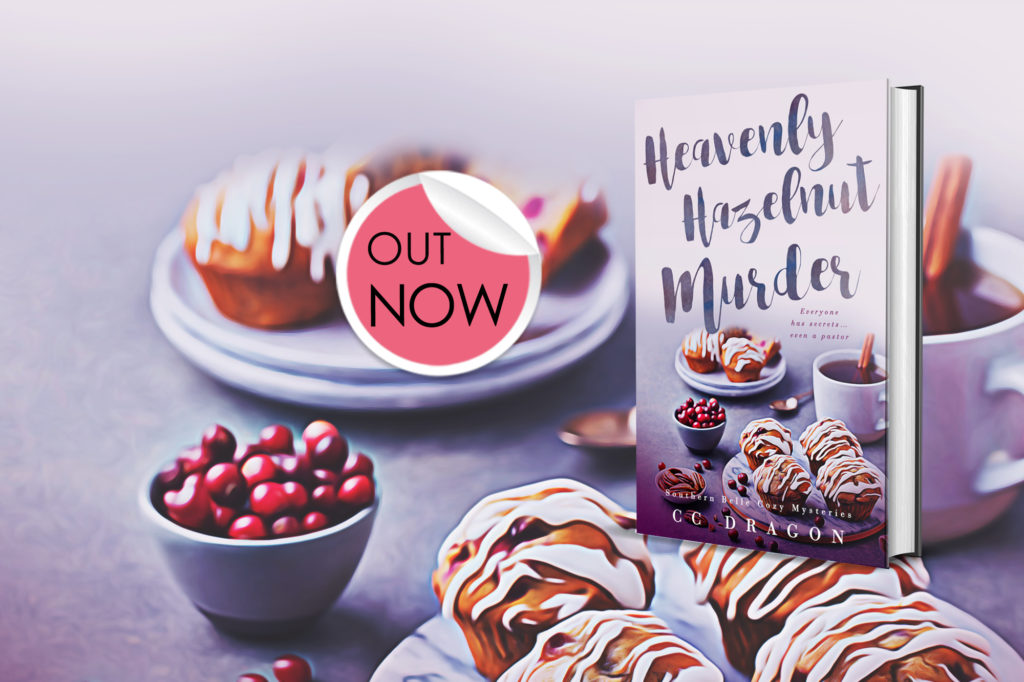 A loyal Chicago girl who loves deep dish pizza, the Cubs, and The Lake, her close fam moved to TN so she ends up visiting the South more than she ever planned! CC Dragon is fascinated by the magical and paranormal as well as the quirks of the south. She loves creating characters who solve mysteries. A coffee and chocolate addict who loves fast cars, she’s still looking for a hero who likes to cook and clean…so she can write more! Check out CC Dragon's website and follow her on Instagram.

CC DRAGON IS GIVING AWAY THIS FABULOUS PRIZE TO ONE LUCKY WINNER. ENTER HERE FOR YOUR CHANCE TO WIN A LOVELY GOODIE BAG AND GRAB YOUR FREE CC DRAGON MYSTERY BOOK! Notice: This competition ends on 13th January 2021 at 5pm GMT. Competition hosted by Totally Entwined Group.