Blog Tour & Giveaway for The Gatekeeper's Staff by Antoine Bandele 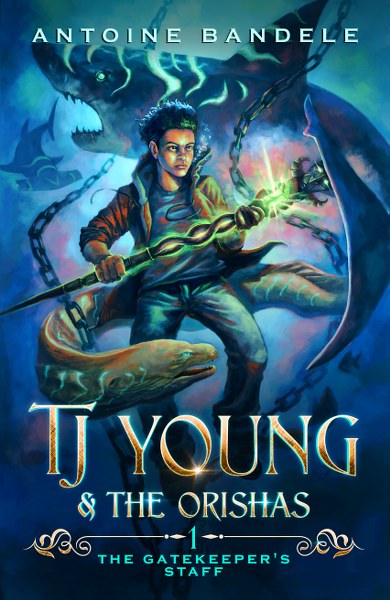 TJ Young has been surrounded by magic his entire life, yet he has never tapped into it… until now.
Fourteen-year-old TJ grew up normal in a secret community of gifted diviners in the heart of modern-day Los Angeles. His powerful sister was ordained to lead his people into a new age of prosperity, but her mysterious death in Nigeria threatens to destroy the very foundations of TJ’s world.
Desperate to pick up where his sister left off and uncover the secrets behind her questionable death, TJ commits himself to unlocking the magical heritage that has always eluded him. So he enrolls in Camp Olosa—a remedial magic school for the divinely less-than-gifted in the humid swamps of New Orleans.
But little does he know, TJ is destined to cross paths with powerful spirits of old thought lost to time: the Orishas.
Delve into this young adult fantasy based on the mythology of the West African gods, where TJ will encounter unlikely allies, tough-as-gatorhide instructors, and the ancient secrets of the Orishas.
Goodreads
Amazon * Audible * iTunes 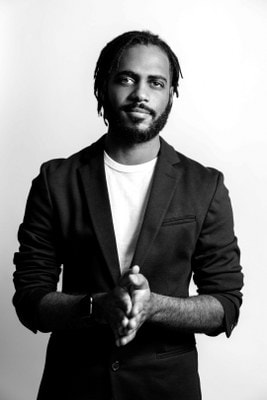 ANTOINE BANDELE IS AN AMAZON BESTSELLING AUTHOR IN AFRICAN LITERATURE.
He lives in Los Angeles, CA with his girlfriend, where he produces work on YouTube for his own channel and others, such as JustKiddingFilms, Fanalysis, and more. During the summer he is a camp counselor. Whenever he has the time he’s writing his debut series: Tales from Esowon.
Website * Facebook * Twitter * Instagram * Bookbub * Amazon * Goodreads

Email ThisBlogThis!Share to TwitterShare to FacebookShare to Pinterest
Labels: contemporary, fantasy, YA