Blog Tour & Review for A Lady of Embers by Erin O'Kane 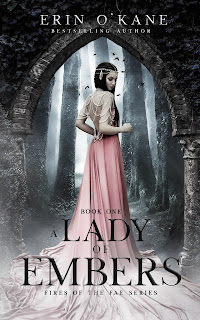 After a long war between the elves and humans, Morrowmer is a land full of divided people.
Finally free from decades of captivity, Annalise, a high elf, is on the run.
Moving from refugee camp to refugee camp, she keeps to herself. These places are dangerous, especially for an elf. One night, the camp is attacked by strange, ferocious beasts. She should flee, but when she stops to save a human, she alters her fate forever.
Stolen and taken to a new land, she discovers there is so much more going on than she first thought. A great darkness is about to descend on the Fae Lands and she might be the only one who can save them all.
Can Annalise rise from the ashes of her past and become the person she was born to be?
*This is slow burn reverse harem and is aimed at readers 18+. There are some scenes that some readers may find upsetting.

*I received a free copy of this book which I voluntarily chose to write an honest review for.
I just love this author!! Her work is always fabulous and this is no exception. This is the start to a new series but is a continuation of a world created in a previous series. No you don't have to read the other one first but it would make it even better if you did.  We meet Annalise, a fae, who is captured and taken to an entirely different realm as a possible "chosen one." Her powers are weak but I doubt they stay that way. Add in some other characters, lots of secrets, and an intriguing story line to get a fantabulous book you won't be able to stop reading. A total must read. I totally loved it so I give it 5/5 stars.

Goodreads Review - “I liked this book. I think it’s a good start to a new series that shows a lot of promise for things to come.”

The Outgoing Bookworm - “Good start to a new series. I love the fantasy genre and when you throw in the RH element it becomes a bit more intriguing.” 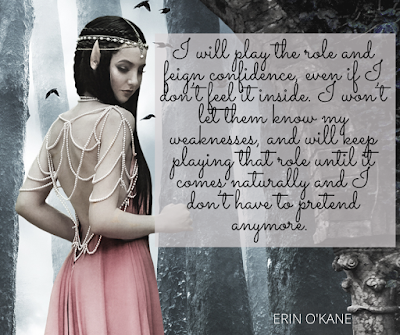 Erin lives in England and until recently worked part time in Healthcare, and the rest of her time as a self published author, who started writing in 2018. In the summer of 2020 she was able to become a full time author!
With so many stories and worlds in her head, she wrote for years but never showed anyone, until she started Beta reading for a new author who encouraged her to share her stories. The rest is history!
Her first book was Hunted by Shadows, book one in the Shadowborn series. Since then she has gone on to co-write with K. A. Knight and Loxley Savage.
She currently has 16 books published, three audiobooks and two anthology pieces, with many more to come!