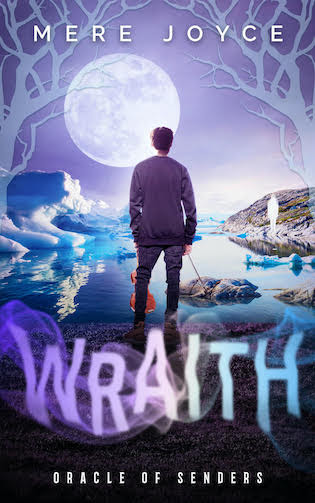 When Callum Silver arrives in Greenland for his third summer at Camp Wanagi, the only thing he feels is dread. Last August, camp took a terrible turn. Since then, things have only gotten worse. Mim is still in a coma. Meander is practically non-existent. And Cal’s not the only camper suffering from bouts of insomnia and night terrors. Because this isn’t just another summer with the Oracle. This year, the members of the Shade sector are turning sixteen—the age when the full aspects of their abilities finally come to fruition.

Cal is terrified of seeing his first post-birthday spirit. But as the bright Greenland summer wears on, he discovers there are things more disturbing than sickness-inducing ghosts. New revelations, changing talents, and daring missions twist Cal’s understanding of the past and alter his expectations for the future. But even when he thinks he’s finally got a handle on what it means to be a Sender, the summer’s final encounters prove more deadly than anyone expects. Cal’s not sure how camp is going to end. But whatever happens, one thing is clear—this is a summer no one in the Oracle is going to forget.

“Hey, Cal,” Dylan says from inside the car.
“Hi, Dylan,” I reply with a nod I’m not sure he sees. I can’t make him out through the

open slit or the tinted window frame. I wonder if he’s still jet lagged from his arrival, or if he’s too lazy to get out of his seat.

Kornelía motions for me to follow her to the trunk so I can store my bag and backpack. I keep hold of my violin case as I move to the vehicle’s far side.

“Speaking of different,” she whispers, nodding towards the car.

I quirk a brow, but she only shrugs one shoulder before opening the front door and sliding into her seat. I pause, taking another deep breath and pushing down the slight queasiness born from knowing this is the last stretch before camp is officially upon me. Then I open the car door and duck inside.

The hired driver I’m guessing is a local starts the vehicle and heads away from the Ilulissat Airport. I settle into my seat before turning to Dylan—and promptly doing a double- take.

Dylan Benowitz has always had a sickly, sallow complexion. But his skin looks nearly gray in the car’s interior light. The bags under his eyes have darkened, and there is a definite yellow tint to the whites. Combined with the disheveled, shaggy state of his dark hair, the discoloration makes him look like he’s contracted a fake illness only ever seen in the movies.

“Hey,” he says again. His eyes are wary and expectant, like he knows what I’m about to say.

“Are you… okay?” I ask, unable to refrain from posing the question I’m positive he’s heard many times since his arrival.

“I’m not dying,” he mutters with a sigh. He scrapes his hair back, scratching his scalp. “Trust me. Between my mother and my stepmom, I’ve been to at least a dozen doctors over the last six months. Not to mention consultations with the rabbi. I’ve taken enough tests, I’m shocked I haven’t earned some kind of degree. My blood work checks out, my oxygen levels are ideal, and my liver function is fine.” He rolls his eyes. “There’s nothing wrong with me.”

Dylan smiles, dropping his hands to his lap as Kornelía turns in her seat to face us. “I can still function, at least,” he says. “Unlike poor Korni.”

I shift my gaze forward. “They still haven’t figured out what’s going on with your eyesight, then?”

“Nope,” she says with another shrug. “According to tests, I’m fine too. Except my eyes keep getting worse. I never thought I’d miss my old glasses.”

The slight release of tension offered by the open air dissolves as worry coils back around my chest. I didn’t expect to see my friends in such a bad state. I’ve talked to both Dylan and Kornelía over the last ten months, but our conversations didn’t prepare me for how they now appear.

From the looks of it, our third summer with the Oracle of Senders isn’t off to a smashing start. 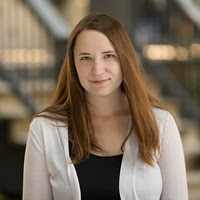 Mere Joyce is a Canadian author of short stories and novels. Her writing includes contemporary tales, high-action mysteries, fairy-tale fantasies, and her personal favorite--ghost stories. When she's not writing, Mere can be found recommending books as a librarian or spending time at home with her family. She's also been known to be a selective - yet highly enthusiastic - fangirl.