Blog Tour, Review, & Giveaway for Dead as a Duck by Colleen J. Shogan

Dead as a Duck

About Dead as a Duck 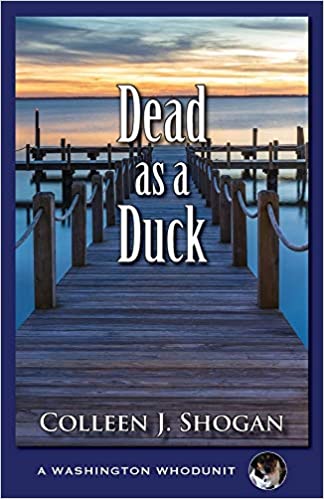 Dead as a Duck (A Washington Whodunit)

Congressional staffer Kit Marshall is looking forward to a much-deserved summer vacation in the Outer Banks. When the mayor of the beach town turns up dead, Kit and her friends need to put their fun and relaxation on hold to help solve the crime.

August has been a busy month for congressional staffer Kit Marshall. She hit the road with her boss, Congresswoman Maeve Dixon, who is considering running for the United States Senate in North Carolina. After endless town halls and meet-and-greets, Kit is happy to end the tour in Duck, an upscale beach town in the Outer Banks.

Before Kit can relax on her much-deserved vacation with her husband Doug, brother Sebastian, best friend Meg, and beagle mutt Clarence, the body of Duck’s mayor is found floating in the shallow waters of the Currituck Sound.

Kit’s brother Sebastian, who got in a public kerfuffle with the victim the day before, becomes the prime suspect. Solving the mystery takes her to popular hotspots in the Outer Banks, including a private tour featuring the wild horses of Corolla.

Kit must sacrifice sun-filled days of relaxation to clear her brother. In the end, Kit and Sebastian put their own lives on the line to secure a confession from the killer and make sure justice is served.

REVIEW
*I received a free copy of this book which I voluntarily chose to write an honest review.
This is a new author for me and I must say I enjoy her writing style. We meet Kit who is very good at her job as a congressional staffer. This gives the boom a politics flair making it a little different then some of the others in the genre. She goes on a trip with her boss bouncing from event to event until they end in the town of Duck which is a hilarious town name I must say. This comes with some much needed time off that takes a turn when the mayor ends up dead. Kit's brother is the main suspect making it necessary to loom into things to clear his name. What follows is a well written adventure that gives plenty of surprise twists to keep you on your toes while also keeping the small town style. The political angle just gives more to work with. Makes for a fun cozy that fans of the genre are sure to enjoy. I really liked it so I give it 4/5 stars. 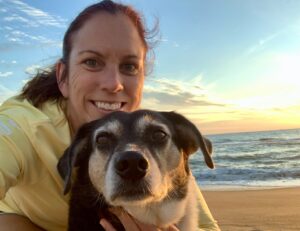 Colleen J. Shogan has been reading mysteries since the age of six. A political scientist by training, Colleen has taught American politics at numerous universities. She previously worked on Capitol Hill as a legislative staffer in the United States Senate and as a senior executive at the Library of Congress. Currently, she's a Senior Vice President at the White House Historical Association. A member of Sisters in Crime, Colleen splits her time between Arlington, VA and Duck, NC.

Authors Prior titles: STABBING IN THE SENATE, HOMICIDE IN THE HOUSE, CALAMITY AT THE CONTINENTAL CLUB, K STREET KILLING, GORE IN THE GARDEN, LARCENY AT THE LIBRARY

Praise for the Series