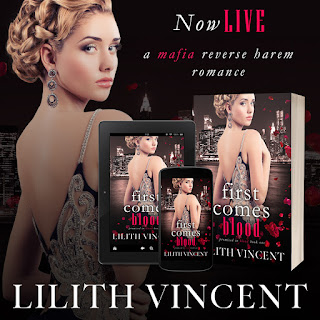 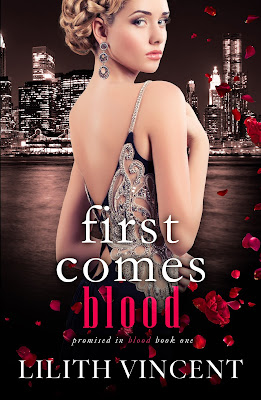 Four ruthless men. A virgin mafia princess to unite them. But first, there will be blood.
On my seventeenth birthday, I learn a terrible secret about my family. My future is in the hands of four brutal men, and what awaits me at their hands is too terrible to imagine.
Four men who desire me. Four men who vow to possess me. Four men who think they can destroy me.
As the only daughter of Coldlake’s mayor, I should be kept far, far out of their reach. Instead, I’m being thrown to them as a sacrifice. My father insists only one of them can marry me, but all of them vow to secure my promise.
A promise in blood.
They take. I bleed. Happy birthday to me.
AUTHOR'S NOTE: First Comes Blood is the first book in the Promised in Blood series and ends on a cliffhanger. These books contain dark themes, violence, and a Why Choose romance with ruthlessly possessive men. The story is dark, dirty and delicious so please read at your discretion.

*I received a free copy of this book which I voluntarily chose to write an honest review for.
If you are looking for a dark mafia RH then look no further then this gem. We meet Chiara on her seventeenth birthday. She is the only child of the mayor so she has been brought up spoiled expecting things to go the way she wants them to but her birthday dinner changes all of that. Four very powerful men arrives to her birthday dinner. These men are just as sexy as they are dangerous each having their finger in some part of the darker underworld. Her surprise is that one of them will be her husband exactly one week after her eighteenth birthday. She is supposed to choose which one that night but after encounters with them all she refuses to choose so daddy does for her. It may only be possible to marry one of them but she will have to still deal with all of them which leads to some interesting encounters and so mush more as the story progresses from innocent at first to way too dark and steamy later. A great set up to a new series that will leave wanting more right now to see how this is all going to play out. I totally loved it so I give it 5/5 stars. 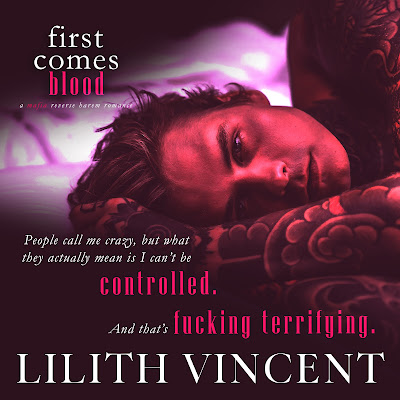 Lilith Vincent is a steamy mafia reverse harem writer who believes in living on the wild side! Why choose one when you could choose them all.