Hello, let me introduce myself.  I’m Nigel Hammond and I’m so pleased to have the opportunity to tell you all about our theater, Theatre Mars, and our very first production!  And I do hope you’ll be attending our opening night of Dame Agatha Christie’s Appointment with Death.

I do have to pinch myself.  My lifelong dream has come true, a theater of my own.  And it’s thanks to my wonderful and generous wife Darla for making all this possible.  I could never have done it on my own.

Let me tell you how this play came about.  You see, I’ve written it myself and this time it’s based on the original Christie book.  When the play was first produced in London in the 1930’s, Dame Agatha wrote out the character of Hercule Poirot.  Can you believe that?  She wrote out that wonderful character!  I’ve followed the book itself and now the Poirot character is back on stage.

I, Nigel Hammond, will not only direct, I will also play the famous Belgian sleuth!  I’m terribly excited about our production.  We have a wonderful cast of actors to play all the other roles.  Well, let me amend that statement.  Suzette Ames is the actress playing the malicious and evil Mrs. Boynton.  Suzette is perfect for the role, physically and . . . uh . . . in other ways too.  Frankly, it will be a wonder if someone doesn’t do her in during our run.  Let’s hope not.  As much as everyone dislikes her, we still need an actress to fill that role.

So, do make a reservation and come see us on opening night.  I promise you, it will be an evening to remember!

About Enter a Wizard, Stage Left 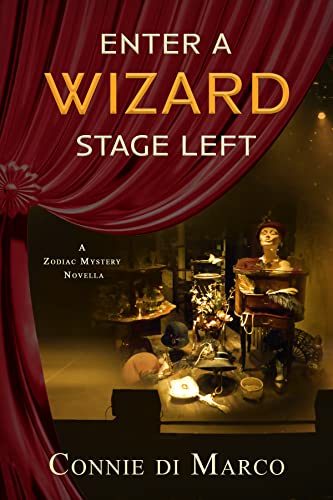 Julia Bonatti wasn’t always a crime-solving San Francisco astrologer. She was a young woman, engaged to the love of her life, preparing for a teaching career when tragedy struck. Her fiancé was killed in a hit and run accident. As Julia struggles with her loss and attempts to find meaning in her life again, she takes refuge with her grandmother Gloria. But there’s little time for grief or rest because Gloria, a retired seamstress, needs Julia’s help. Gloria’s been hired to create costumes for a production of Agatha Christie’s Appointment with Death at the newly opened Theatre Mars in San Francisco’s North Beach neighborhood.

Theatre Mars is a stunning jewel, the cast is supremely talented and the script is brilliant. What could go wrong? Julia gets the first hint of trouble when her new friend, the owner of The Mystic Eye bookshop, warns that all might not go well. Opening night will take place during the dark of the moon, the last three days before the new moon, a time that bodes disaster for any new project. The dire prediction comes true when the lead actress is murdered before the final curtain, echoing the play itself. Julia discovers a vital clue to the murder, but a clue that puts Gloria’s life in grave danger. Can Julia rescue her grandmother before it’s too late? And will a black cat play a leading role?

REVIEW
*I received a free copy of this book which I voluntarily chose to write an honest review for.
I have read and highly enjoyed this cozy series so when I saw we were getting a prequel novella I was happy to give it a go. We meet Julia when she is still deep into her grief with no real plan or life goals. Het gran is trying to get her to actually leave the house a little more so she talks her into helping with a local production. Little did they know a murder would happen along with the introduction of an adorable black kitten who plays a huge role later. This creates an adorable backstory that just makes the reader want to know more. A great addition. I really liked it so I give it 4/5 stars. 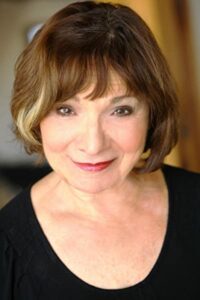 With the Zodiac Mysteries, featuring Julia Bonatti, a crime-solving San Francisco astrologer, Connie di Marco has combined her fascination with astrology and her love of writing mysteries. Writing as Connie Archer, she’s the national bestselling author of the Soup Lover’s Mysteries from Berkley Prime Crime. You can find her excerpts and recipes in The Cozy Cookbook and The Mystery Writers of America Cookbook. She is a member of International Thriller Writers, Mystery Writers of America, and Sisters in Crime. She lives in Los Angeles but dreams constantly of the San Francisco fog.