Grumpy bad boy tattoo artist, Conor Mac Haol, doesn’t trust anyone. Least of all the new seventeen-year-old juvi apprenticing at his beloved Dublin Ink as part of her probation.She is way too pretty and way, way too young.Coming from a broken home, Aurnia has had to grow up faster than most girls. She doesn’t need anyone telling her what to do.Least of all Conor, her new (very hot, very muscled, very tattooed and very, very rude) boss who obviously hates her.But Aurnia’s troubles reminds Conor too much of his dark past. He becomes obsessed with keeping her safe. Keeping her protected.Even from him.Especially from him.Soon sparks and insults turn into broken rules and forbidden moments—until one final mistake seals their fate.

*I received a free copy of this book which I voluntarily chose to write an honest review for.
This is an interesting read. We meet Aurnia as she hits rock bottom pretty much wanting to be arrested in order to escape her remarkably unsafe home life. At seventeen she is still limited on choices. She gets released too early for her liking but is put in a program to rehabilitate. This is where the tattoo shop comes into play. Conor is watching his ship go bankrupt but when he is offered a paid deal with the city to be part of the program her reluctantly agrees. The sparks just fly from there. We get a twisted romance that is alk sorts of forbidden for these two that will have you rooting for them to work things out. With both sides of the story you get engrossed in whay is happening wondering just how this will play out. Makes for a fun read. I really liked it so I give it 4/5 stars.

Aurnia“There’s nothing at all to be embarrassed about,” Conor whispered as he hooked a finger under my panties and pulled them to the side.His hot tongue between my legs made me whimper behind the cover of my hands. He licked me long and slow.In a voice thick and deep, he murmured, “Look at me, Aurnia. Look at me.”It took a moment or two for me to relent. I was afraid that with the way I was breathing so heavily, gasping almost, if I kept my hands over my face for any longer, I would run out of air and pass out. So I parted my fingers, just enough to breathe. Just enough to spy Conor between the gaps.What I saw was almost more than I could handle.A man on his knees in front of me. A giant of a man. A man who could kill me with one hand. A man double my size. With arms larger than my legs. A man. My man. My Conor.
Conor with his tongue greedy against my pussy. Conor with his mouth wet from me. With his hair tickling my inner thighs. With his murmurs of pleasure buried inside of me.Conor with his eyes opening. Finding mine. Black as the night. 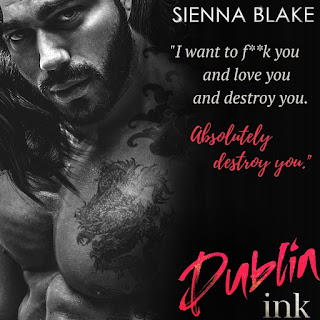 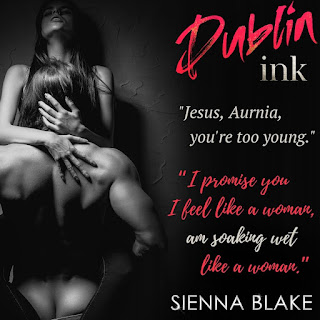 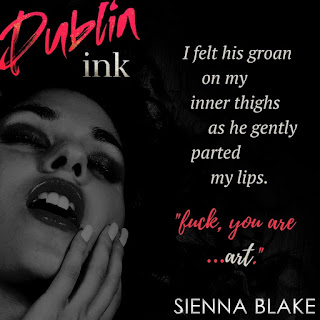 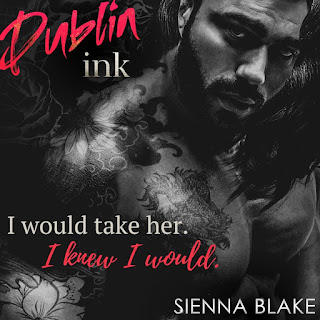 Sienna Blake is a dirty girl, an Amazon Top 20 wordspinner of smexy love stories & a USA Today Bestselling Author.She lives in Dublin, Ireland, where she enjoys reading, keeping fit and adding to her personal harem of Irish hotties ;) 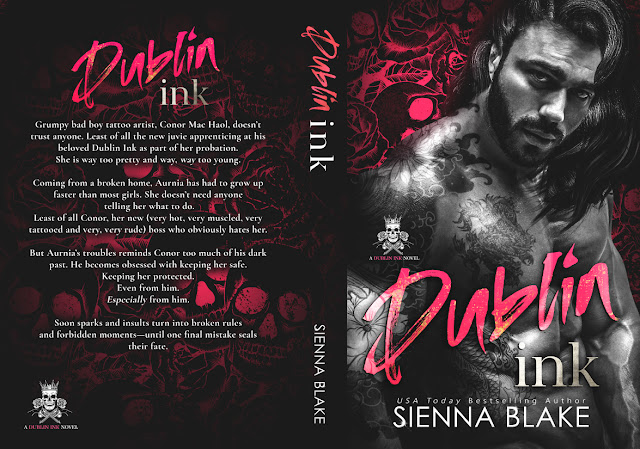