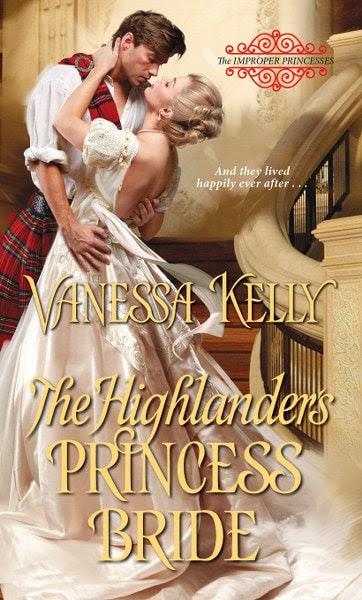 In Vanessa Kelly’s enchanting series, three young women descended from royalty overcome their scandalous beginnings to win the hearts of the ton’s most eligible men . . .

The illegitimate daughter of the Prince Regent might be expected to pursue various dubious professions. Actress, perhaps, or artist’s model. Even courtesan. Victoria Knight, however, has become a governess—a respectable choice, until she travels to Scotland to meet her new charges. The younger brothers of Nicholas Kendrick, Earl of Arnprior, aren’t children at all. They’re brawny, wild Highland men. As for the Earl, he’s handsome, guarded, and far too compelling . . . especially for a woman hiding a dark secret.


Nick needs a proper teacher to transform his unmarriageable brothers—and a sensible,
straight-laced wife for himself. Miss Knight seems to fit the bill on both counts. But he soon discovers there is more to Victoria than he thought. It’s not just her notorious origins, or the danger that’s followed her all the way to Scotland. It’s the fiery loyalty beneath that sedate façade. This, the real Victoria, is the woman Nick is starting to desire so desperately. And what an earl wants, he’ll use every seductive means to get . . .
**Easily read as a standalone!**
Add to Goodreads
Amazon * Apple * B&N * Google * Kobo


*I received a free copy of this book which I voluntarily chose to write an honest review for.
After finding the first two books in this series highly enjoyable I just had to give this one a try and it did not let me down. Vanessa just has this writing style that really let's the reader enjoy the romance and I especially enjoy how each installment has it's own time line instead of following a set one like so many other romance authors do. The historical parts seem accurate and add just the right amount of details/drama to really keep the story going. This couple has some incredible dialogue that had me giggling, shaking my head, agreeing, and fuming at the turn of each page. The concept of inappropriate princesses through no fault of their own is just fun as well as being a nice tweak on the story for change of pace. If you enjoy historical romance novels then you so have to read this book and the others in the series. I really enjoyed it so it gets 4/5 stars.
ALSO IN THE IMPROPER PRINCESSES SERIES! 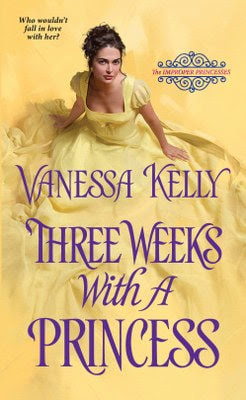 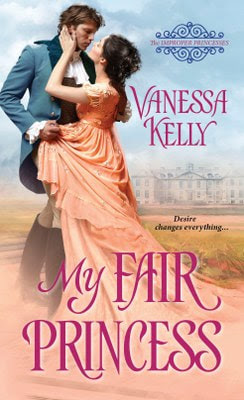 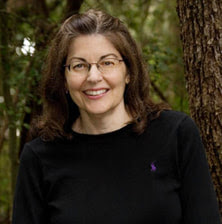 Named by Booklist as one of the “New Stars of Historical Romance,” USA Today bestselling author
Vanessa Kelly’s books have been nominated for awards in a number of contests. She is also the recipient of the prestigious Maggie Medallion for historical romance. With a Master’s Degree in English Literature, Vanessa is known for developing vibrant Regency settings, appealing characters, and witty storylines that captivate readers. You can visit her on the web at
Website * Facebook * Twitter * Instagram * Amazon * Goodreads