Cover Reveal for The Silenced Tale by J.M. Frey 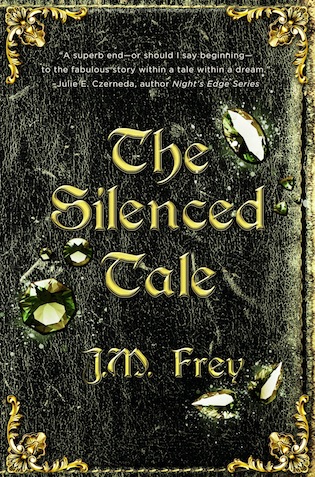 
Forsyth Turn never wanted to be a hero. And yet, even in the Overrealm, a hero is what he’ll be.
After their last adventure in Hain, Forsyth expected to return to the life he’d built with Pip and Alis, his days of magic and heroics behind him. But then Pip starts suffering night terrors laced with images of glowing ivy and Elgar Reed calls with fears of bizarre threats and a man garbed all in black.
But there is no magic in the Overrealm. Forsyth refuses to believe that anything other than mundane coincidence is at work—until Elgar’s stalker leaves him a message too eerie and specific to ignore. Now, he has to face the possibility that Pip’s dreams and Elgar’s fears are connected . . . and that maybe they weren’t the only ones to escape the pages of The Tales of Kintyre Turn.
And if that’s the case, it’s going to take more than a handful of heroes to save the day this time. It’s going to take an army. Luckily, Reed fans are legion.
A stunning conclusion to the series, The Silenced Tale is a genre-bending whirlwind that breathes life into the idea that the power of story lies not just with the creator, but with the fans who love it.

Add to Goodreads
Pre-order on REUTS for $0.99 and receive your copy the weekend before it’s released!
Catch up with The Untold Tale and The Forgotten Tale! 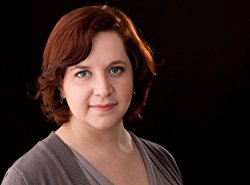 Author Bio:
J.M. Frey holds a BA in Dramatic Literature, where she studied playwriting and traditional Japanese theatre forms, and a Masters of Communications and Culture, where she focused on fanthropology.
She is active in the Toronto geek community, presenting at awards ceremonies, appearing on TV, radio, podcasts, live panels and documentaries to discuss all things fandom through the lens of Academia. She was an invited panelist on the SPACE Channel's premier chat show InnerSPACE, has lived in Japan, and lent costumes to the Ontario Science Centre for their exhibition on Steampunk in Spring 2011.
She loves to travel (disguising it as research), and has visited nearly every continent. She also has addictions to scarves, 'Doctor Who', and tea, all of which may or may not be related.