Book Blitz and Giveaway for Love the Wine You're With by Brooke E. Wayne 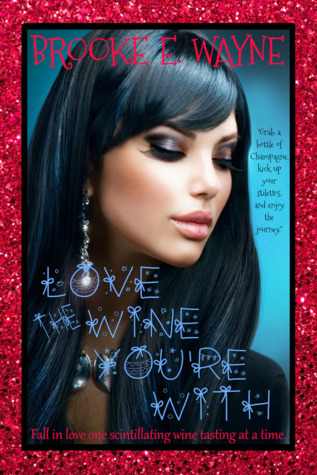 
SPRINKLE an emotionally unavailable woman, a lovelorn man, and some delicious chemistry into the middle of the holidays then candy coat it with a whole lotta passion when a friends-with-benefits arrangement turns a vacation into an unexpected journey.
Blanca Grazia, queen of calm, has it all under control. Headstrong. Self-reliant. Determined. She thrives on an intriguing challenge.
So, when Blanca’s bestie, Maxine Novaline, begs her to distract Maxie’s boyfriend’s cousin while he’s visiting them in Napa Valley, California, Blanca is all about stepping it up for her BFF. Hot French guy? Yes, please.
All Blanca plans on doing is the—ehem—favor. Then she’ll just friend-zone Julien L’Angevin’s butt all the way back home to France where he belongs.
… Until that wrecking ball of a man decides to cash in on a favor of his own.
All Julien wants is another opportunity to see what this wild, pint-sized, fireball of independence is actually made of. Sugar? Spice? Everything nice?
Counting on Blanca’s wanderlust for worldly adventures, Julien invites her to his home in Champagne for Christmas. A traveling opportunity the American beauty can’t resist.
So what if they decide to add a little pinch of friends-with-benefits to the mix after they come face to face once more and realize that their physical chemistry can’t be denied?
Besides, their arrangement is only for one week. Then they’ll be continents apart again, and life will go on. Right?
LOVE THE WINE YOU’RE WITH is about a young woman bent on staying single while falling in love one scintillating wine tasting at a time.
***This novel is a snarky, passionate, sexy, funny, feel-good CONTEMPORARY ROMANCE-ROMANTIC COMEDY full of twists and turns that will have you laughing out loud from start to finish. Grab a glass of Champagne, kick up your stilettos, and enjoy the journey.***
Whine with Cheese (Vineyard Pleasures Series, #1)
Love the Wine You’re With (Vineyard Pleasures Series, #2)
Although, Love the Wine You’re With is the second book in the Vineyard Pleasures Series, it can be read as a STANDALONE. The story also plays fair to the other seasons, in addition to Christmastime, so it can be enjoyed all year long. 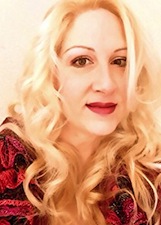 
BROOKE E. WAYNE is a Contemporary Romantic Comedy novelist who lives the RomCom dream in California. She is married to a South Philly, Eagles-obsessed Italian who she met online before it was cool. They have two young daughters who flood their happily-ever-after lives with girly giggles and immeasurable love.
When she is not dribbling sticky sweet/sensual romance with a lighthearted, witty twist all over the pages of a RomCom manuscript, she teaches English Language Arts.