Blitz for the Random Acts Series by Julia Kent 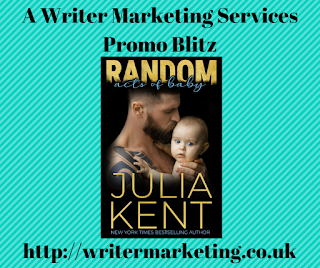 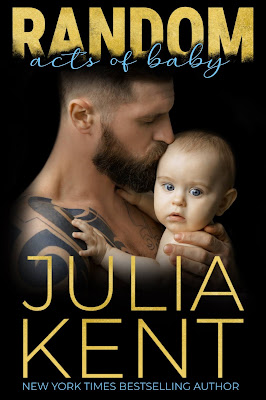 It started with a naked hitchhiker and a chicken and now includes a surprise baby! Julia Kent is celebrating the release Random Acts of Baby, book 11 in her rock-star rom-com collection, The Random Series. Check out what’s included in this huge promotion!

Download the first 5 books in the series for FREE and get acquainted with the members of the up-and-coming music group, Random Acts of Crazy, and the women who love them. (That’s $21 in free books!) 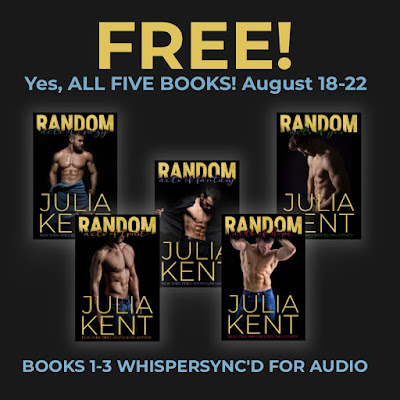 Random Acts of Hope (Waiting for audio to be Whispersync’d)
https://www.amazon.com/dp/B08D3FXZ7L

Get Random Acts of Baby, an all-new romance featuring Darla, Trevor, and Joe, along with Josie and Dr. Alex Derjian and all the band members.

You know those television stories about the woman who goes to the emergency room thinking she has a bad case of indigestion or kidney stones or a burst appendix and she comes home with a bouncing baby boy?

Stupid woman, right? Who the hell doesn’t know she’s pregnant for nine and a half months? I used to think those mamas were one block short of a level trailer.

Random Acts of Baby is the 11th book in Julia Kent's New York Times bestselling series as Darla, Trevor, and Joe are back for a long, crazy journey involving a baby, living two lives, and learning who you can count on most when you need a helping hand. 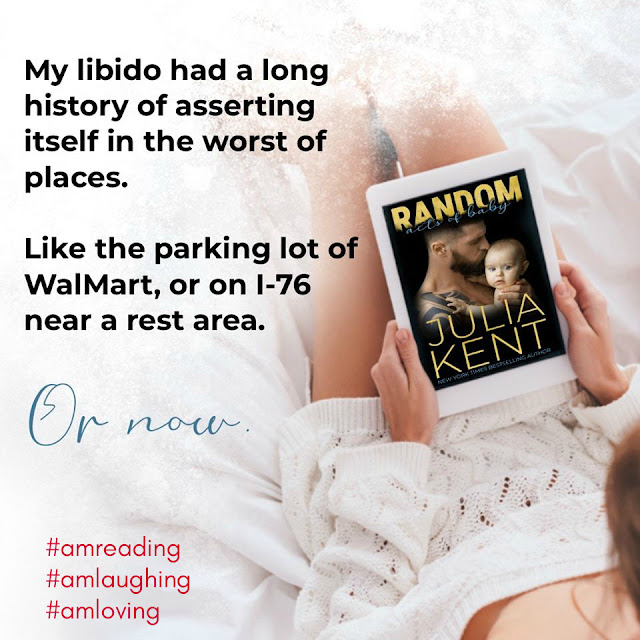 From billionaires to BBWs to new adult rock stars, Julia finds a sensual, goofy joy in every contemporary romance she writes. Unlike Shannon from Shopping for a Billionaire, she did not meet her husband after dropping her phone in a men's room toilet (and he isn't a billionaire she met in a romantic comedy).

She lives in New England with her husband and three children where she is the only person in the household with the gene required to change empty toilet paper rolls.

“I'm not doing this,” Joe said in a voice that was firm. “I refuse. We're too popular to be some kind of draw to an open mic night in hoopieville.”

“Peters,” she corrected him.

“Then quit getting it wrong.”

“'Hoopieville' is meant as an insult.”

“I know it is. And that's why I keep correcting you.”

“Because it's better than shoving my hand down the front of your pants and ripping your balls off every time you insult where I come from.”

“If that is how you ask me to stay on stage and sing, you're a miserable failure at it.”

“One song,” I declared. “I Wasted My Only Answered Prayer. And then we're gone.”

“Do it,” I ordered. “Do it because this is becoming our town, too.”

Promo organized by Writer Marketing Services.
Posted by Books a Plenty at 12:30 AM