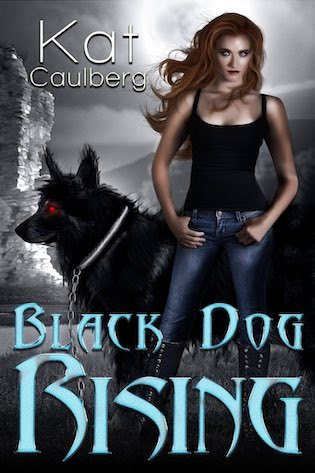 
Since arriving in England, nothing has made sense for Emma Aubrey. Forced to flee her ex-boyfriend and the vengeful ghost of his dead wife, she seeks refuge in Ninestone Downs, a sleepy country village where people still whisper of fairies and a hellish phantom canine prowls its streets.
Toby Deering has no more room in his life for the paranormal. He’s got secrets of his own, including a four-hundred-year-old curse and a past he can’t escape. The last thing he wants is a quirky American woman on his doorstep in desperate need of shelter, or the accidental touch that awakens a bond between them neither can ignore.
But ancient forces are stirring. When Emma finds herself the target of a shadowy stalker, will her bond with Toby be enough to withstand the evil Fae Court and the hellhound on her heels?

Goodreads / Amazon
—
EXCERPT:
The trill of a penny whistle tugged Emma to an avenue winding away from the heart of the village. The buildings grew smaller as she reached the stream marking the town’s boundary. It fed the river she and Toby crossed earlier, a medieval stone bridge bowed over its banks. Beyond lay the fen. The Nine Sisters stood at the edge of one of those watery coils where drier land took over, forever imprisoned.
She slowed.
With no lights on the fen to soften the darkness, there was no way to determine solid ground from the wet, marshy soil snaking for miles into the country. Wandering out into the fields would be dangerous, even deadly. She turned to leave.
A fiddle wept in the night. The sound came from the route toward the standing stones, binding Emma to her need to find it. The tune dipped low, pulling at the invisible link. Her feet moved, taking her with them, each soft step issuing a warning against going further. Something was wrong, she knew, but the music cajoled, it coaxed, and although she wrapped a hand around the pillar beside the bridge to stop herself, the music sweet-talked her into letting go.
She would follow and happily be lost.
The beast growled before she saw it. Slinking from a patch of darkness, a blocky figure materialized on the opposite side of the stream. Its shoulders reached as high as the sides of the bridge, making it taller than Emma’s hip. The stench of sulfur crawled over the water and scraped at her hindbrain.
Claws clicked on clunch stone, leading up to legs seemingly too spindly to sustain the weight of the beast’s shaggy body. A chain dangled from its neck. Doglike, it pinned its ears to its skull and sniffed the wind.
Suspended in blackness darker than the rest, two bright, red eyes burning with infernal light flicked open.
She clamped a hand to her mouth too late to stop her shriek. This was no shade, no outline, no trick of the night. The thing standing before her was real. A name circled her brain, seeking exit.
“Shuck,” she croaked.
The beast stretched its mouth and grinned.
Long, tapered needles glistened in crimson gums. Emma’s blood ran cold. It had heard her. It had understood. In a corner of her mind, a rational voice broke through her terror, whispering warnings. If she ran, it would follow. Not just follow, but chase, track, hunt, destroy.
She stretched her hands to show she held no weapons and was no threat to it, although what threat could she present to a creature crafted of midnight and hellfire? The thing was a demon.
A demon that saved a man from a flock of runaway sheep, a second inner voice piped up. One that might have just saved Shane. Maybe. Or maybe it’d been unsuccessful in its bid for an evening snack.
“Sit,” Emma whimpered. “Stay.” 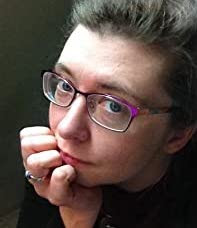 
For as long as she can remember, Kat Caulberg has been obsessed with history and the paranormal. Somewhat to the dismay of her parents, her interests led her into both museums and graveyards as a child, a trend which has continued into her adulthood. This has influenced her reading tastes and her writing, whether it be a good ghost story, thrilling tales of time-travel, or devouring endless volumes of ancient warfare.
She signed a contract with Soul Mate Publishing in 2018 for her first novel, Three Star Island, a time-travel story set in 1721. She enjoys writing strong, quirky heroines, and has a weakness for cheeky heroes who have as much compassion as they have flaws.
Kat currently lives in North Carolina with her Englishman and a few cats.