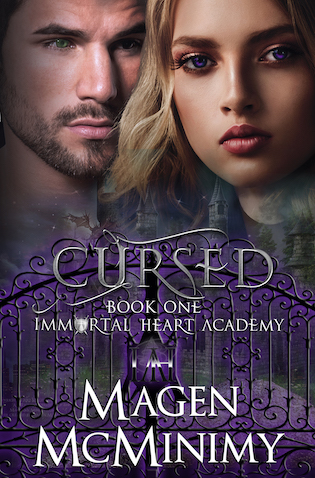 
The heirs born of a daughter’s treachery will see their true loves demise.
Kyra has always known where her future was headed… A love that will lead to her death, but one she will gladly embrace and relish, as long as the Fates see fit to allow. As the omniscient daughter of an elite class of warrior, Kyra is ready to welcome all that her lineage has afforded her. Including the love of her best friend.
Makiah has watched every step he’s ever made, with the eyes of the Underworld posing a constant threat, and the weight of a family curse given life nearly a millennium ago breathing down his neck, he can’t afford to make mistakes.
Now that the Immortal Heart Academy has reopened and the next generation of guards and warriors are being recruited, Kyra, Makiah and their friends are busy working through the rigorous training, while struggling to find their place among their peers. As spring finds its way to the Middle World, Makiah’s determination begins to falter, after he pushes the one woman he’s always loved further away, and the reality of a lonely existence begins to weigh on him.
With the help of their friends, Kyra and Makiah will fight against the Underworld, the curse, each other and the outside forces that would threaten to break them all apart.

Goodreads / Amazon / Barnes & Noble / iBooks / Kobo
—
EXCERPT:
“You okay?” he asked, as they found some empty space to spar.
“Why wouldn’t I be?” she snapped, throwing the first blow for him to dodge.
Makiah side-stepped and twirled around Kyra to attempt a leg sweep. She leapt over his long limb and came down with purpose, aiming for his knee. Makiah saw the pain, as her beautiful violet speckled gaze narrowed.
Pulling back, he managed to dodge the worst of the blows. Kyra’s fists flew rapidly, coming after Makiah without any rhythm or strategy, each swing was fueled by anguish. Makiah watched, as he was pushed back further and further away from the others. The lake was drawing nearer, as she continued advancing on him. Knowing he’d soon be going for a swim, he searched for a break in Kyra’s swings. Finding his opening, with little effort he wrapped his fingers around her wrists, pinning one arm against her chest, he swept behind her, restraining her other arm against her side. His thick forearm wrapping around her midsection. The valley of her lower back hit just below his waist. His lids slid shut at the contact, as she flinched, her muscles tightened beneath his hold. He felt their connection immediately, everywhere their bodies touched; small jolts sent shocks of need through his veins. Shaking his head, he drew in a heavy breath, taking her scent deep into his lungs, as he did. He knew what she was feeling, could taste the heat, the pain, and anger. He felt it too and it broke him knowing he was hurting her.
“Stop, Ky,” he ordered through the thick blonde locks that had escaped her ponytail.
He felt her tense once more, before her body gave up the fight. Her muscles relaxed under his hold. Drawing closer, with his lips just a whisper away from her ear, he spoke gentler this time.
“I’m sorry. I’m not trying to hurt you, Kyra… it’s the absolute last thing I would ever want to do.”
Kyra held her pain back, kept the tears that always threatened when she let herself feel what it would be like to lose Makiah. Let her heart feel the pain of never being loved by him.
“Don’t,” she answered quietly, her head falling forward. “I don’t see it anymore,” her voice broke with the admission.
Turning her in his arms he asked, “See what?”
She shook her head, before looking up at him, their eyes locking, as she spoke the words that would shatter her. “Us… turns out you really won’t choose me.”
His jaw ticked, as he clenched his teeth. “I can’t,” he muttered. 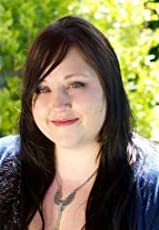 
Magen was born in Northern California, but now resides in the beautiful city of Coeur D'Alene, Idaho with her husband, and miracle baby, Austin. She started writing as a hobby, and is thankful every day she is able to remain home and raise her son while crafting worlds for her readers to get lost in.